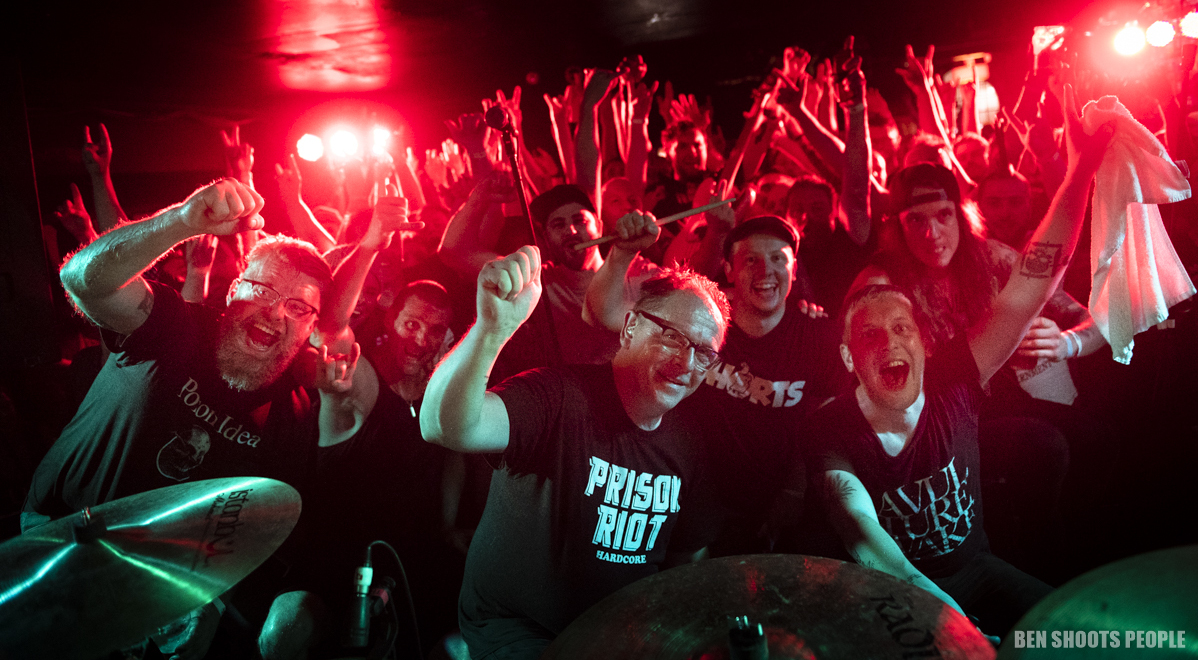 Home BLOG INTERVIEW – FEELING THEIR SPIRIT – A DAY WITH NO FUN AT...

It’s a Monday afternoon, I’m just dusting myself off and killing time before the No Fun At All gig at the Bendigo Hotel that night.  In a YOLO (are the kids still saying that?) moment, I decide to message the band’s Facebook page to see if I could pop down a bit earlier before the show to take a few photos while they soundcheck.  To my delightful surprise, I get a reply soon after saying that’s cool with them. 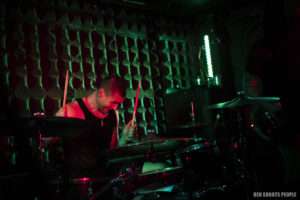 I arrive at the venue, find myself a corner in the beer garden and inform my mystery band member, who soon turns out to be drummer Kjell, of my arrival.  Moments later, singer Ingemar and lead guitarist Fredrik pop out and make their way over to the other end of the beer garden and sit down with a few mates.  Feeling like my shameless level needs to be bumped up a notch, I approach them, tell them I need some friends and ask to join, to which they oblige.

A little bit of time goes by, we’re joined by bassist Stefan along the way, and the conversation rolls along, from the current good streak of weather, to overseas music festivals, pioneering bands attempting to resurrect their careers and the varying success of those moves. 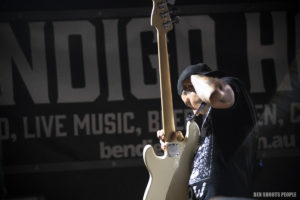 The time comes for the band members to head inside to soundcheck, so I follow suit, introduce myself to Kjell and proceed to spy on them on stage from all angles of the room, manage to fit in a few portraits of Stefan upon request, and tap my toes while they do their thing.  After soundcheck is all wrapped up, Kjell asks me if I’m happy, to which I reply “absolutely” and we get chatting about the current tour, sucking nearby Ingemar into the conversation as well.

It always intrigues, and sometimes puzzles me, as to which bands get brought out here and which get overlooked, especially those that one might find to be an obvious choice *cough*whyhasnoonebroughtbadreligionbackhereinsixyears*cough*.  It was really interesting to get some insight and hear about how the band were super keen to tour here and ended up asking a contact from previous tours to put them in touch with someone who could make it happen.

The conversation then moves towards their latest album and I try to strike a fine balance between keeping my composure and letting them know how freakin’ awesome the record is.  Kjell mentions that they were trying to get back to the vibe of their first few albums.  When I cautiously point out that I feel there are even some elements from their divisive State Of Flow album, both Kjell and Ingemar are able to look back on that period with some fond memories to counteract some of the negative ones at the time, when the band were changing their sound and on the verge of a break up.  Ingemar asks me if I like that album, to which I reply that I do and he agrees that so does he, while Kjell tells me that he feels his drumming was at its peak during that period.

It’s finally showtime and the band waste no time, kicking into Believers and setting the place off.  The next nearly hour and a half is chock full of old classics, including Perfection, Suicide Machine, unexpected oldie Funny?, Beat ‘Em Down and, of course, Master Celebrator.  We also get given a healthy dose of tracks off the latest record, Grit; No Fun Intended, The Humdrum Way and Spirit, amongst a few others.  All equally go down a treat and it’s clear that this current lineup shows no sign of slowing down and that this tour was long overdue.

Of course, no punk rock show is complete without that one dickhead who is too big and strong and doesn’t take any not-so-subtle hints that perhaps he shouldn’t repeatedly invade the stage, knock drinks over and nearly break half of the band’s shit.  After the show, the band members linger around the room and oblige every sweaty fan who wants to shake their hand, get an autograph or have a photo with them.

What a bloody great day.  Meet a band you love, find out they’re not jerks, whatch them smash out a great show and leave with a few new friends under your belt. 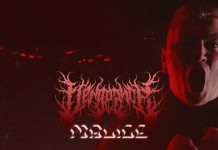 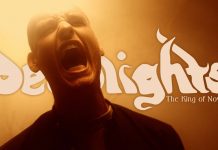 DEADLIGHTS – The King Of Nowhere 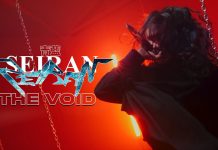