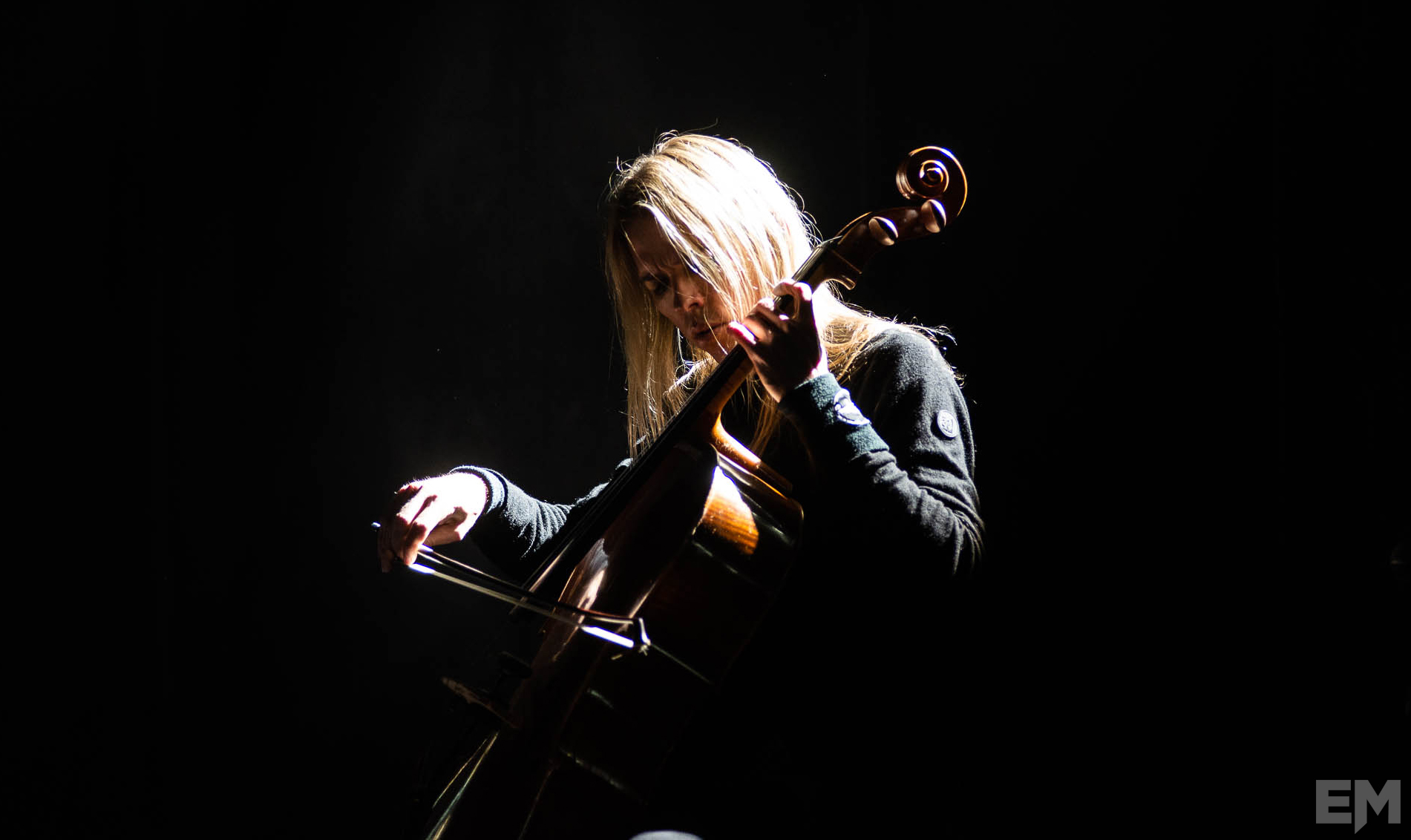 Words by Clare
Photos by Mitch

In 1993 Helsinki, Finland, a group of young classically trained cellists came together to form the orchestral rock band Apocalyptica. Tonight, at Hamer Hall at the Arts Centre in Melbourne, they perform their first studio album release from beginning to end, exactly how it was recorded back in 1996. With us are the original members of the band Eicca Toppinen, Paavo Lötjönen and Perttu Kivilaakso. The crowd tonight is comically diverse, there are your traditional Concert Hall goers, parents with their teenage kids and lovers of classical music all dressed in their finest, and then there the rock enthusiasts and old school metalheads dressed in battle vests. Which is exactly what Apolalyptica have achieved, they have successfully married two worlds together using a cello-driven rock opus which changed the landscape of classical and heavy music for years to come.

Four figures walk out on to a darkened stage and are seated in four chairs with four beams of light projecting their shadows onto four screens behind them, the audience applauds in anticipation of the silent silhouettes to begin playing. We are now watching them perform the opening track ‘Enter Sandman’ on cellos, but unlike the usual orchestral performance where the audience watches on in respectful silence, we are egged on by Paavo to clap, cheer, sing along, while Perttu raises his devil horns and Eicca thrashes his long golden locks back and forth. These guys are rock stars. I am in wonder of the base heavy and deep sound that the cellos produce, it’s sludgy and somewhat rough, which actually is a sound that perfectly complements metal music. But I am also impressed with how they keep the original pace for each Metallica track, they play hard and fast just like how it was intended, and they tackle each guitar riff expertly.

Eicca speaks into the mic (in his very Finnish accent) and tells us that when they first recorded this album that it was just for fun, they were freelance cellists at the time, they all liked metal, and they thought ‘if we sell a thousand copies, and do a few gigs, that would be great’. But 23 years later they have sold over 4 million albums and have sold out shows all over the world, ‘that is because of you, thank you for supporting us!’. Before intermission, they play a very dark and moody version of ‘Wherever I May Roam’, the last track off their 1996 released album.

The second act is filled with more Metallica covers and is ramped up with the adding of a massive drum kit plaid by percussionist Mikko Siren. We watch them all furiously bow their cellos, while Eicca and Perttu are simultaneously circle banging and lifting cellos above their heads. They play so violently that are literally destroying the strings on their bows, which from the audience you can see are splitting and fraying under the pressure.

The audience head bangs and sings along to ‘Seek And Destroy’. A cover of AC/DC’s ‘Thunderstruck’ is also performed which you know they snuck in there just for us Aussies. They leave the stage but are brought back by a standing ovation and a roar from the crowd. We get to hear a  powerful rendition of ‘Nothing Else Matters’ which was written by James Hetfield. We have all now heard the news of Metallica cancelling their Australian tour so that they can concentrate on supporting their bandmate who has been struggling with addiction on and off for many years. It’s interesting then to be listening to such talented musicians lovingly cover such influential songs that mean so much to so many. Eicca speaks into the mic once more, ‘Take care of yourselves. Take care of each other. Love each other and, love yourselves’. Then, before the night is complete and to the delight of everyone in the concert hall, they perform Metallica’s track ‘One’.

Apocalyptica has completed work on the long-awaited follow-up to its 2015 album, “Shadowmaker” and will be released at the end of the year. Make sure to check it out.