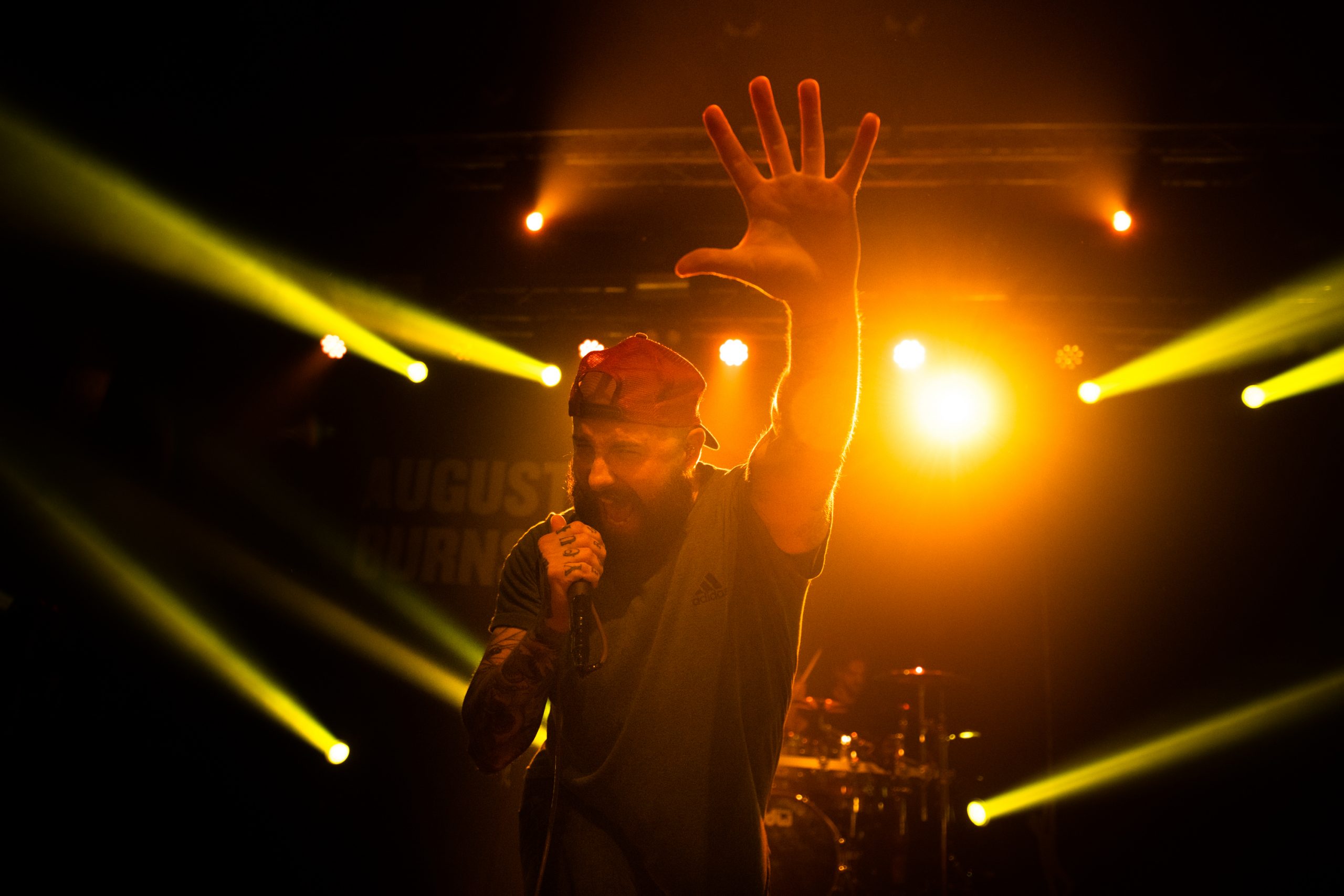 On Friday the 11th of October, I was invited to attend the sold-out show featuring metalcore giants August Burns Red at one of my favourite live music venues in Melbourne, 170 Russell. Now I make no claims of being a huge fan of metalcore but I am however a fan of live music, so to say I was going in blind is an understatement.   First in the line up were local support band Gravemind, who exploded onto the stage giving the crowd full warning that while yes, they were here to warm up the audience, this was no warm-up and it was time to get down and those punters lucky enough to get there early were treated to something special. Gravemind brought the energy with thunderous riffs and relentless drives. I have never had the pleasure of seeing this band pull out all the stops before but within two songs I was dancing and completely immersed in the atmosphere. Gravemind did what they came to do perfectly and before I knew it, the second support act was setting up.

Leaving little room for the energy to drop Alpha Wolf stepped on stage and kicked it up a gear for a crowd that was clearly ready and waiting. Again, I would like to remind you dear readers that I was going in blind, but within thirty seconds, Alpha Wolf had me hook line and sinker. Exploding onto the stage and pulling no punches, Alpha Wolf tore through a set of chunky grooves. The speed at which the drummer kept pace was a sight to behold and I must admit, I was slightly transfixed with guitarist Sabian Lynch’s raw stage presence.

Learning that Alpha Wolf were also Melbournians filled me with so much joy as it meant that I had now stumbled on another incredible local talent, and I cannot wait to catch them again.  After a quick water break I raced back to my spot in the audience, incredibly excited by the fact that I had just witnessed two brand new bands and with Gravemind and Alpha Wolf whipping the crowd into a frenzy, we were all well and truly heaving with anticipation for the main event, and I specifically was giddy with anticipation for what August Burns Red might deliver. And deliver they did.   The only info I had going into this gig was that August Burns Red were playing the album Constellations in full for the 10 year anniversary of its release. When Jake Luhrs exploded onto the stage and busted into Thirty and Seven, my jaw literally dropped. Melodic, brutal riffs, stunning melodies and some of the fattest breakdowns I have had the pleasure of experiencing in some time. When you don’t know a band and you are just there to soak up the atmosphere, you would expect a good time. But three songs in and I heard a drop in Ocean of Apathy that triggered the dancing queen inside me and for the remainder of the gig I was dancing and screaming along with the crowd, completely wrapped up in the raw power that was August Burns Red.

It was a beautiful moment when the band had a quick water break and Dustin Davidson asked the crowd if they were there when August Burns Red played at 170 Russell ten years ago and more than three-quarters of the crowd replied with a combined roar. When you can hold a fan base as passionate as the one I just saw, you must be doing something right. And August Burns Red did right. So right, delivering a four song encore that left the crowd dripping, smiling and hugging it out in pure joy.  As a first time punter, all I can say is that if you have not heard of this band, I would highly recommend you give them a listen. I believe it is safe to say you will not be disappointed. On a final note, I would like to let you, the lovely readers know, that I went out and purchased Constellations the very next day!

August Burns Red continue their Constellations tour across Australia in October, check out the full tour details here and keep up to date on social media

THE CONTORTIONIST – Live at Resurrection Fest 2018

THE GHOST INSIDE – ‘Pressure Point’