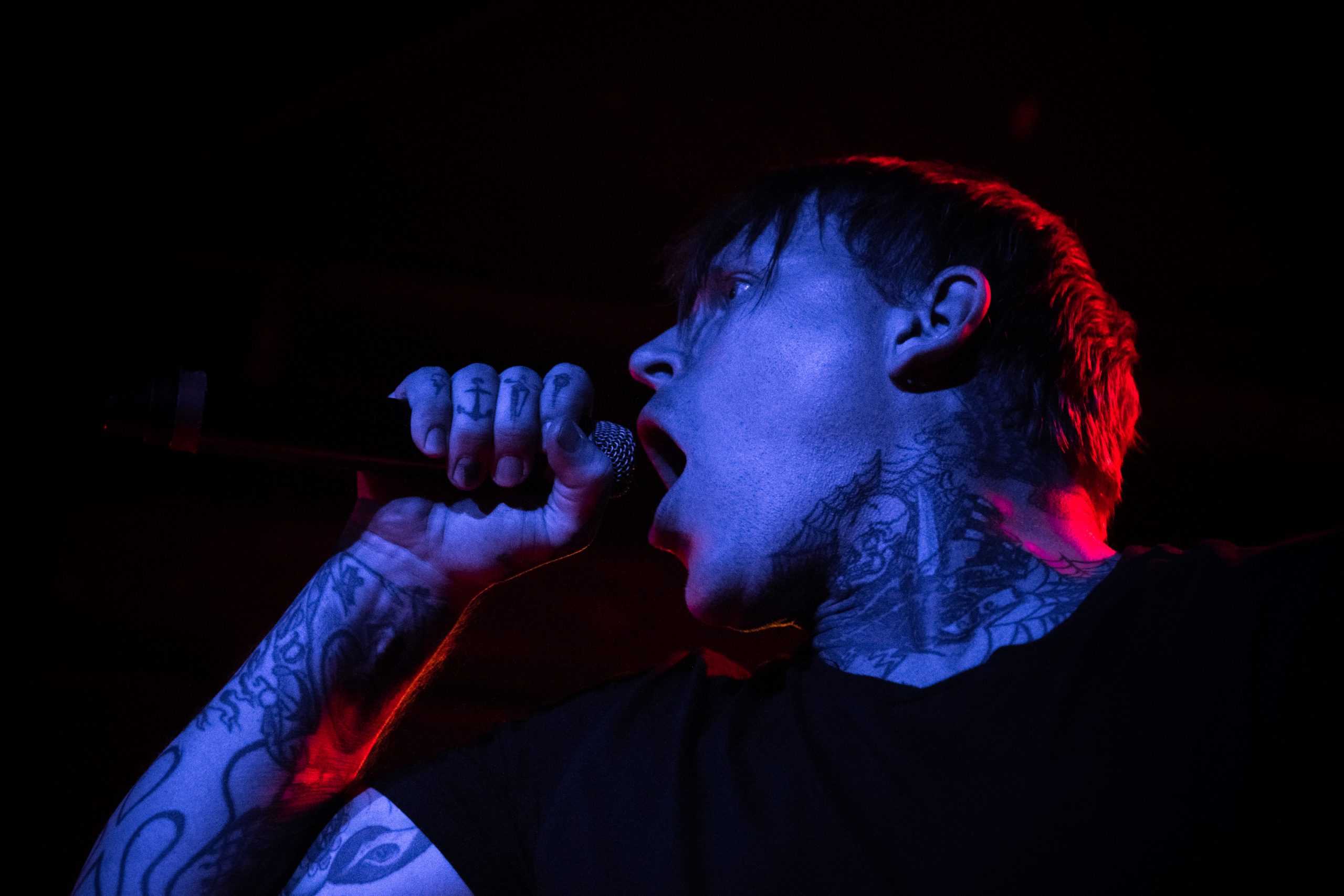 On Friday night we made our way through the gloomy Melbourne weather to The Corner Hotel in Richmond for a night of musical debauchery in the form of Combichrist, with support from Brisbane’s Darkcell and a last-minute addition of Melbourne’s own Sirus. As expected, I arrived to find a sea of long black coats, PVC, face/body paint, dreadlocks, piercings and buckle heavy platform boots.

Opening the show with a bounce is local trio Sirus who have been in the scene for around a decade. Their blend of EDM, glitchcore, dubstep and industrial has them regarded as one of Melbourne’s leading electro-industrial bands. On stage was a simple setup, Josh (lead vocalist/programmer) had a desk with a hardcase laptop that was used to play his produced sounds/songs from and a handheld numpad that he used to remotely trigger vocal/sound effects while he sang, which was accompanied by female vocalist Keeva harmonizing beautifully. The whole sound was rounded out by live drummer Ryan. The early crowd was immediately dancing, headbanging and bopping along to the gritty industrial sounds blended seamlessly in with their unusual but interesting mix of genres. Most notable was their final song of the evening Full Scale Revolt which has a heavy dubstep influence mixed into the glitchy industrial sounds that really made for an interesting but pleasing sound. Sirus were a great last-minute addition to the show and it worked well, they really set the tone for an amazing evening.

The room went dark and we heard the iconic bassline of the Seinfeld theme playing while Darkcell entered the stage. Much like the opening act the band was decked out in corpse/body paint and black attire. Darkcell are your typical 4-piece band setup, leaning on the heavier more metal side of the industrial scene, it was refreshing to have their attitude driven, hard hitting, gritty sounds mix up the tone of the night a little bit. Lead singer Jesse is an exceptional frontman with his awesome crowd interactivity, his very animated persona and his sing-song type lyrics that had you catching on to his hooks quickly, singing along and throwing fists in the air on his command. Their performance was faultless, and they really got us punters hyped for the headline act.

With the stage curtains drawn closed, a familiar sound hit the room and that was the sound of a Combichrist classic called This S*it Will Fcuk You Up, as the song played the curtains opened and the band filed on stage. Intriguingly there were two drummers one seated and one standing, the standing drummer commanded my attention for most of the evening with his drumstick theatrics, no shirt and corpse painted face accented by bright blonde hair. However, the centre of the stage and the centre of attention was Combichrist mastermind Andy LaPlegua whoultimately stole the entire show, his vocals were as solid, raw, emotion fuelled and agrotech as they are on record. Combichrist haven’t graced our shores in around 8 years and with their recent release of One Fire, so much to my delight their setlist was the perfect blend of old and new. Andy perfectly described the core of their show when he said “Welcome to the birth, growth, death, and rebirth of a band. COMBICHRIST has become a purely visceral creature, driven by instinct and emotion; stripped of all pretension. It’s raw and uncompromising – it’s fuelled by expressions of lust, anger, pain and hate. The never-ending evolution of a sound has finally come full circle. It’s time to feed our demons. It’s been way too long since we visited the roots of this band, and we are injecting it with the future!”. Throughout the show there wasn’t a single soul standing still. The ended their set on the title track of their latest release One Fire. I was a little disappointed that they didn’t play their biggest track, until they returned to the stage for an encore that opened with Get Your Body Beat, the exact song I was hoping for and the one that made Combichrist stars. They followed this up with another two songs before finally calling it a night. I can’t fault Combichrist even if I tried, their live sound is true to their recorded sound, but the live show is much more engaging and invigorating. I left satisfied, but tired and sore from dancing along so much. I look forward to them returning soon, hopefully I won’t have to wait another 8 years.

COMBICHRIST will be wrapping up their Australian tour in Sydney on Sunday the 6th of October 2019 at the Crowbar. You can stay up to date with the band on social media

SAINT SIDE – 13th Annual Show Off