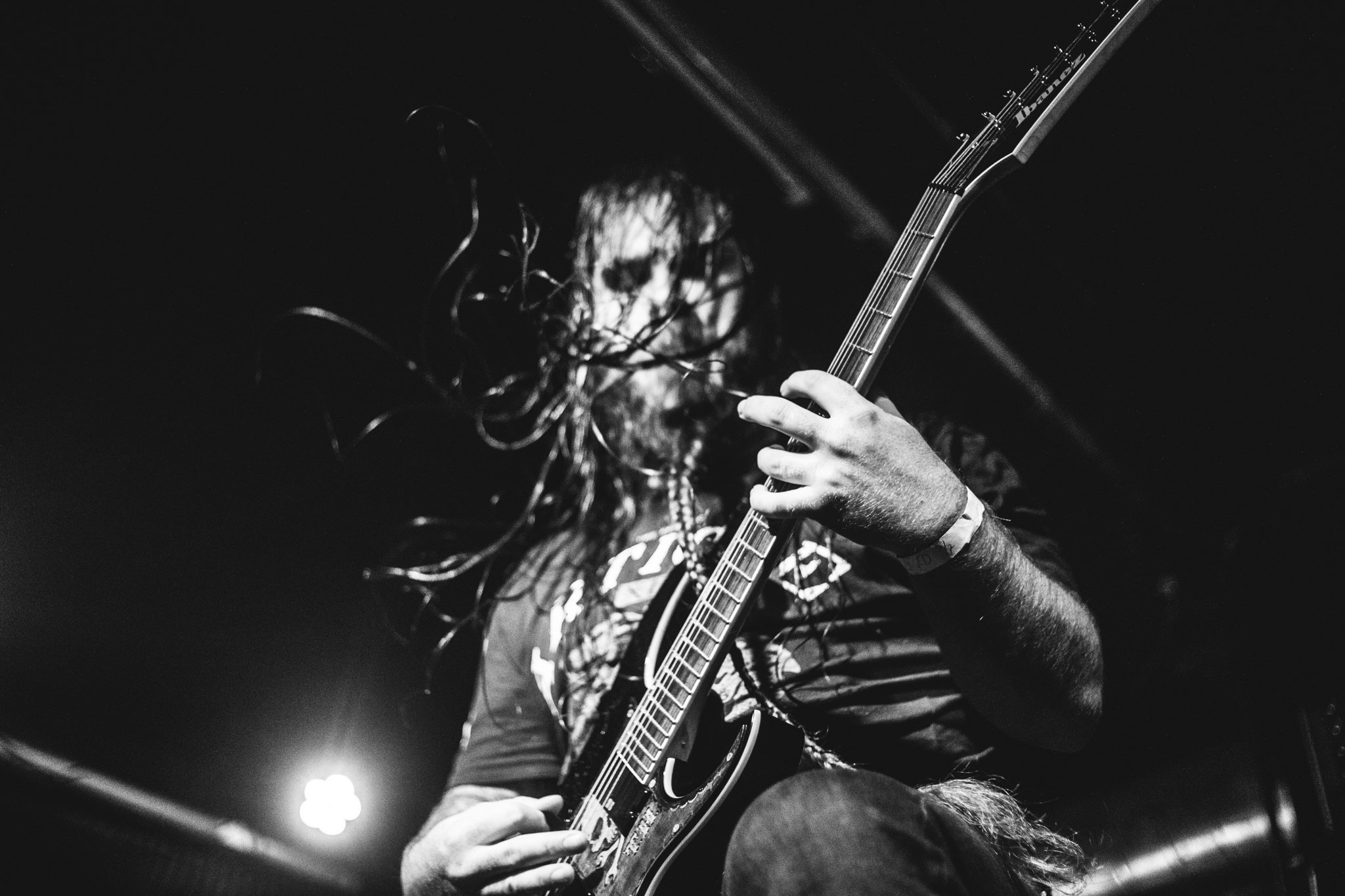 Cover shot – I AM TIM HOWLEY

This interview was originally written to coincide with FIT FOR AN AUTOPSY’s Australian tour alongside THY ART IS MURDER, the tour was unfortunately cancelled due to Covid-19.

Tim Howley is known predominantly for being the guitarist for FIT FOR AN AUTOPSY, what you might know about, is his many side hustles and love for motorcycles.

When did your love for music begin?

It was definitely early on. I used to watch MTV all the time when I was a kid. I’m talking 7 years old watching TRL just to listen to music. I started playing Recorder when I was 8 in school and that kinda kicked everything off.

How did you first discover Metal music and what was it about the genre that drew you in?

My dad always had the radio on in the car whenever we drove anywhere. We would listen to the Classic Rock and Alt Rock stations in my area. This is where I heard the majority of heavier bands and it was definitely my gateway. What drew me in was definitely the groove. The ability to just feel the riffs being played.

You have mentioned before that you wanted to be part of a touring band, was this a strong motivator for being part of FFAA?

To be honest, no. By the time FFAA Asked me to join, I was definitely over it. I had been DIY touring for the last 6 years and I didn’t want to be in a band anymore. Pat (Sheridan) sent over the demo tracks to Hellbound and I was like “Fuck… How am I going to say no?!”

Your 2017 album ‘The Great Collapse’ was well received by fans, how did that feel to you?

Whenever you put out a record, you’re always nervous about how it will be received. We knew the record was strong. Will (Putney) did an amazing job on it and it sounded fucking massive so we knew it was going to hit hard. Once the record was out, and everyone was on it like white on rice, we knew we did a good job.

A stand out track from the album is ‘Black Mammoth’, it addresses the struggles of Native Americans against the Dakota oil pipeline, is this something that the band feels passionate about?

1000%. I’ve always felt that if you’re not using your platform to help people, you’re wasting it. We’re lucky enough to have fans and friends that feel just as strong as we do. What happened with the NDAPL at Standing Rock was just another showing of how gross big business can be. We’re destroying the earth for monetary gain and it’s fucking disgusting. That song ruffled a lot of feathers and we wouldn’t have it any other way.

Black Mammoth has a breakdown that is impossible not to headbang to, what was is it like writing such an energetic track?

Right out of the gate we knew it was going to hit hard. Hearing that riff for the first time was definitely an eye-opener. It’s so obnoxiously simple but that’s the trick.

Your latest album ‘The Sea Of Tragic Beasts’ really shows the band’s diversity by embracing big choruses, what inspired this direction?

We saw how effective songs like Black Mammoth were and we wanted to give people just a little bit more of what they like. It definitely worked because people are digging the new stuff pretty hard.

Which is your favorite track from the album to play live?

We’ve only played Five tracks so far so I haven’t been able to play my two favorite tracks from the record. As far as what we have played live, I love jamming Warfare.

You recently dropped the track ‘Fear Tomorrow’ is this a standalone track or an indication of what fans can expect for the future?

Uhhhhh Its kinda both? I can’t really go into it too much but let’s just say its not from a new record and its not just a random single.

FFAA has toured all over the world, do you have a favorite city or venue where you like to play?

There’s so many, to be honest. I’m a big food guy so whoever has the best catering is going to win me over. I’d probably go with Backstage in Munich. Germany loves us and Backstage always treats us well. Plus the shows are absolutely insane.

Metal performances can get pretty crazy, have you ever had a major gear failure on stage? How did you handle it?

Every tour. EVERY TOUR its gotta be something. Pedalboard (Mostly), Amps, Guitars, etc. It depends on the day but I’ve been known to lose my cool hahaha.

We noticed that you have a love for white-bodied guitars, what is it that you love about this colour combo?

I dont know man. I feel like not alot of guitarists do it and it looks so insanely clean. Very classy looking which is what I like about it. I might stray away from it soon but a lot of people dig it so we’ll see.

A lot of people would know you for your work in FFAA, what they might not know is that you have several side hustles going, such as Tombstone Hardware, handmade leatherwork and being an avid gamer – You founded a motorcycle brand Tombstone Hardware in 2013 and have been producing your own line of apparel, what was the inspiration for that brand?

So back when I first started getting into Motorcycles, there weren’t any really cool brands that were around. I wanted to make my own and put out stuff that I liked wearing. Unfortunately, its been on and off because I’ve been focusing on other projects but we’re starting to get back on track which I love.

As part of the brand and independently you offer hand made leather goods such as wallets and diaries, where did you learn how to work with leather?

Books, Youtube, The internet. All of that. Not many people around me do leatherwork so it’s not like I could learn from someone. I had to basically comb through websites, videos, books, etc to find those cool tips and tricks.

With the Covid-19 pandemic having such a devastating effect on the music scene, has this given you an opportunity to pursue more of your side projects?

Oh for sure. I’ve been able to grow the leatherworking business as well as the streaming thing. With everything going on in the world, the band kinda wanted to take a little bit of a back seat. Now that things are starting to get back on track, we’re getting back on the grind for next year. Trust me, its going to be massive for us.

What fans do know is that you have one of the best beards in the game, how long have you been growing it for? Do you have any advice for the aspiring beard growers amongst us?

Hahaha This thing is wild. I’ve been growing it out for 14 years. Its definitely a solid conversation piece. As far as tips, I cant really go too in depth. Its all in your genetics. Some people have it, some people dont. But if you can grow a beard, make sure you take care of it!

A massive thanks goes out to Tim for taking the time to chat with us, you can keep up to date with FFAA here and follow Tim on social media.

Don’t forget to check out:

Special thanks to Death Proof Australia 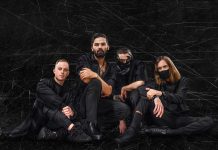 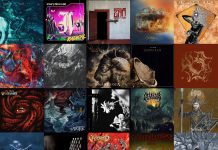