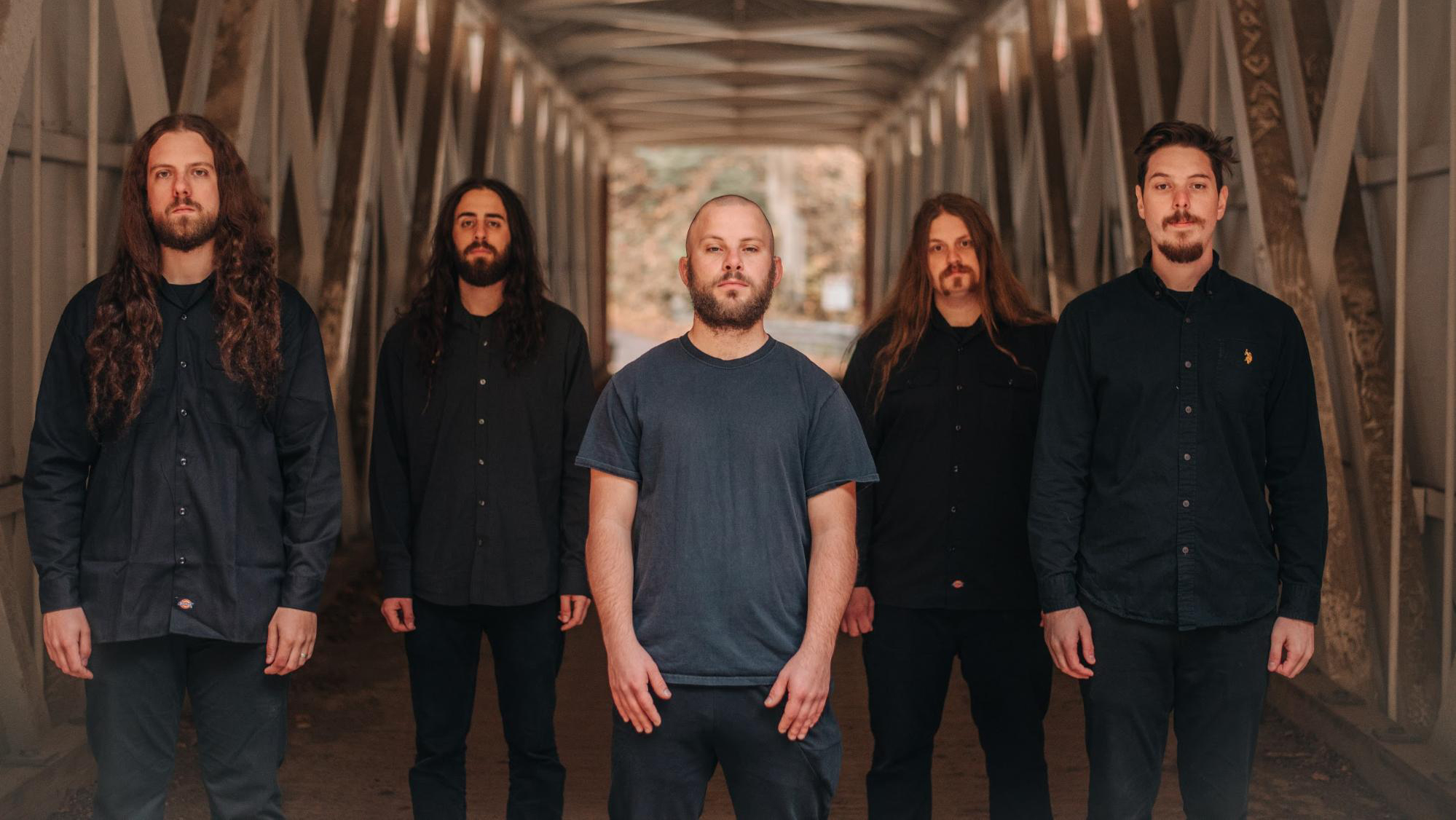 The Pennsylvanian technical death metal band Rivers of Nihil are finally hitting the shores of Australia and New Zealand this month for the very first time. The Painted Progression Tour will also include Allegaeon, Beyond Creation, Caligula’s Horse and headlining the tour is our very own Ne Obliviscaris from Melbourne.

We recently had the opportunity to chat with Rivers bassist Adam Biggs about touring their current album and what we can expect to see from them in the future.

As this will be their first time in Australia we were interested to know what expectations Rivers had of the metal scene here, Adam told us that they had only ever heard good things and they are really happy to have an awesome band like Ne Obliviscaris be their guides to the Aussie metal scene.

For this tour Rivers are focusing on their current album “Where Owls Know My Name”. This album has been extremely well received since it’s release in 2018 and we wanted to know how Adam felt about this amazingly positive response from fans.

“I’s been pretty amazing and unexpected frankly. I wasn’t really banking on people responding so well to this record as we were writing it. I knew I enjoyed it as we were making it, but I figured some people would take offense to our shift in tone from our older material but turns out that it didn’t really matter so much. I couldn’t have really asked for anything better” . 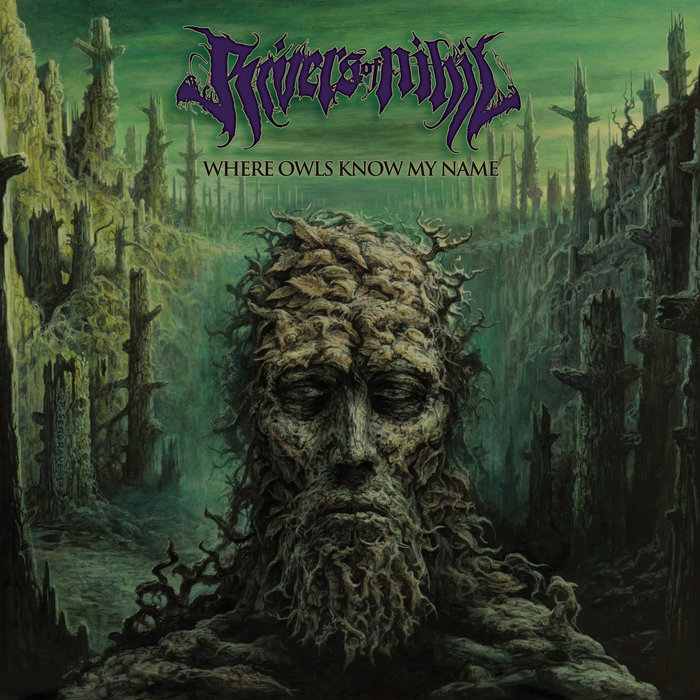 Rivers have always been a technically proficient band, but they really stepped it up another level on Owls, so we were curious as to what the inspiration was for this progression.

“The touring cycle for our second record didn’t really go off the way we had hoped, and we got a little disillusioned. So, we just kind of thought, you know, nobody really cares about us, we should just do a record and do whatever we want. Throw caution to the wind and just say yes to every idea that we have. It felt satisfying to make and the response has been positive, so I guess we did something right”.

The video that was released for the title track “Where Owls Know My Name” is hilarious and it seemed like Rivers had a lot of fun doing it, we asked Adam where this idea came from and how they achieved this result.

“I’ve always been a big fan of all things 70’s, especially musically, and it comes through in spots on the record so I thought it would be fun to sort of emulate the 70’s style. So that was basically it, we got all this very period specific gear and clothing and then tried to dial all of it down beforehand. Then we were doing it and it just kind of felt a little dry, so we kept hamming it up as we went. Originally my intention was to make the video a little more serious and a little less outright goofy, but I think it turned out for the better. It’s more exciting to look at when we’re not taking ourselves to seriously”.

Adam further explains that shooting a music video is a grueling experience and when you have to just look serious and you’re standing in some place headbanging to a track it becomes a chore and they already have a lot of clips out there where they are doing just that. Being able to joke around for this one was good, and he feels that it makes for more interesting visuals. Moving forward they will definitely try to achieve this again when they can.

“There is some pretty personal stuff going on lyrically for me. I wrote it thinking a lot about my dad, and his life and sort of the way I’ve kind of followed in his path in certain ways. He’s always been the kind of person that moves around a lot, his life doesn’t stay stationary. It’s been kind of interesting to see where he’s come from and gone in his life and how it mirrors me in a lot of ways. You fight becoming your parents, but it ends up happening sometimes and [A Home] is a bit of a reflection of that”.

This made us wonder about Rivers writing process and how they incorporate all the elements together, especially for the track “A Home” where the guitar sections are amazing, especially Brody’s solo towards the end. We asked Adam about how it all gets done.

“Some [tracks] are a little bit more collaborative than others but for the most part Brodie basically constructs the song from start to finish in his home studio. I’ll chime in and be like ‘we need to move this here’, or ‘we need to make this section longer’ etc. He [Brodie] knows what he wants, and he gets into a groove. He’ll send me riffs as he’s writing them and I’ll say, ‘hey this sounds cool’, or ‘this doesn’t’. He typically just pieces things together himself and after it’s all tidied up, I’ll swoop in and write the lyrics and the base parts. The guitars are pretty much Brody, the way he writes it is the way that it’s played on the record, it’s all very deliberate”.

It’s at this point that we had to ask about the element that at first stood out to us on this album, if you’ve heard it then you know we are referring to the saxophone. We had to know where the idea of this non-typical instrument came from. With a chuckle from Adam he goes on to explain how it all happened.

“The guy who played on the record is a friend of ours, who is actually a music teacher and he’s just a really talented saxophone player. We sent him some new material to listen to and he sent us a video back of him playing over it and it was just really awesome. After a lot of back and forth we put him on the track. We thought people would call us out on it but hey we don’t care, it sounded cool, we like it, let’s just do it. Then we just kept coming up with more and more stuff for him to do on the record and this was the attitude for this writing process, let’s just do it, yes, let’s do it!

It was a point of course to try not overuse [the saxophone], some people might say that we did, but you can’t really please everybody. I think it was used in places that I would have liked to have heard it and that’s pretty much the metric that we used”. 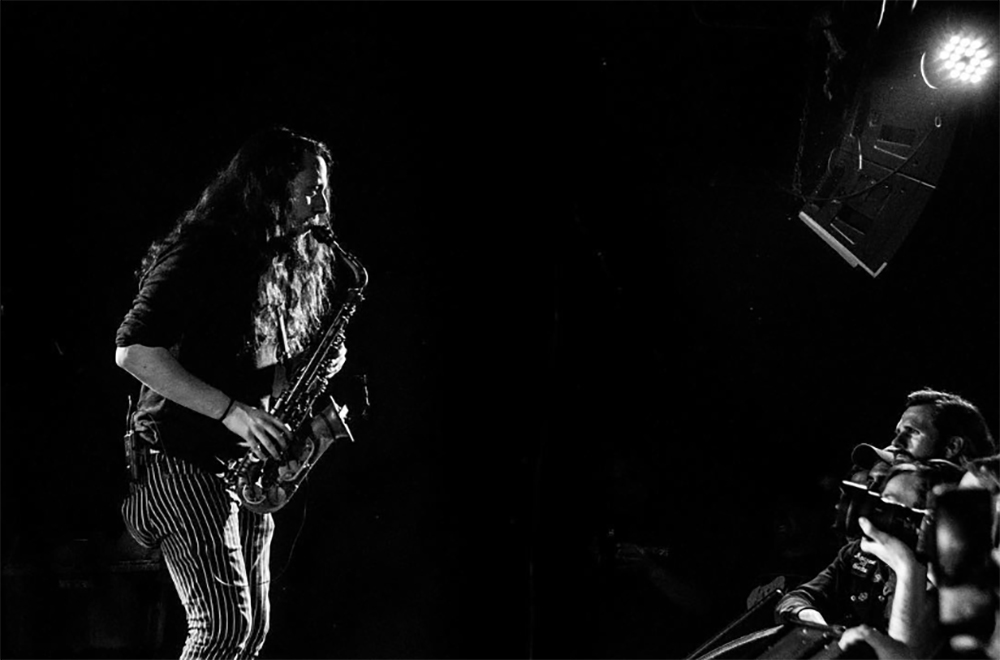 Unfortunately, fans won’t be experiencing an actual saxophonist in the live performance on this tour ‘not this time’ Adam tells us. But don’t be too disappointed because all the core band members are definitely going to be there.

We are really interested to see where Rivers of Nihil go with their new music and we are sure all their fans are keen to know what they will be releasing next. Even though they have been busy touring on the busiest tour period they have ever had, they recently got into a groove and are getting big ideas together for the next record. Although Adam couldn’t reveal too much about it as it is still early days, he assured us that it will be ‘something different’.

This is a real whirlwind tour for the band, so they won’t be able to do as much sightseeing as they would have hoped but Adam tells us that he is really keen to just head over here and connect with the locals and fans.

“I’m just excited to go there and meet people and fans and see whats going on down there. That’s the most I can do on tour is get the vibe of what the people in the city are like by the show I’m at. I’m excited to do that”.

A big thanks goes out to Adam for taking the time to speak with us and we are looking forward to seeing them hit the stage in Melbourne.

You can check out the details for the Painted Progression Tour here and follow Rivers of Nihil on social media.

Only a few weeks until we make our journey to Australia and New Zealand for the first time. What date will we see you at? #riversofnihil #metalbladerecords #whereowlsknowmyname

AVERSIONS CROWN – ‘Born In The Gutter’