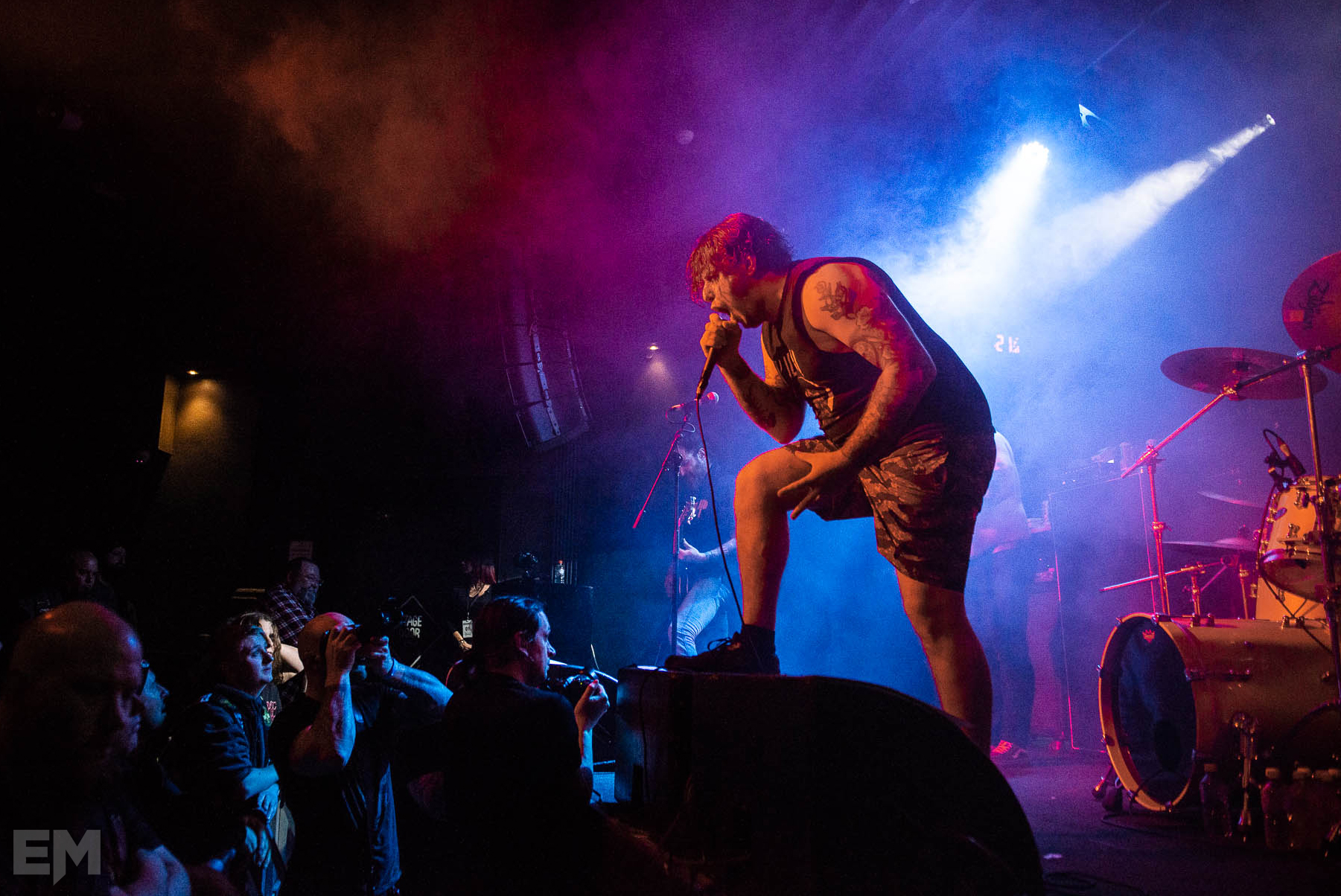 Melbourne thrash maniacs KING PARROT are back with a blistering new track called “Banished, Flawed the Docile“. This screaming new track is the lead single from their upcoming EP “Holed up in the Lair”

The new EP was recorded during some time off between tours, the intention was simple “4 days, four tracks, write em’, record em’ and be done with it”. This four-day writing and recording session was guided by engineer Steve “Big Fella” Berrigan, a man who has worked on records for Down, EYEHATEGOD, Superjoint, Warbeast and Child Bite.

“Usually King Parrot always try to write music together in the same room, but that just hasn’t been possible for us because of the lockdown. We were planning on re-working these tracks for a new album eventually, but when all the restrictions came about, we thought “Why not get these tracks out there as a special limited edition 7″ release?”. We think King Parrot fans will be happy with these tracks, it’s rude, loud, fast and grimey and we poured our heart and soul into them; there’s no doubting its unabashedly KP!” – vocalist –Matt Young

Kings Parrots EP “Holed Up In The Lair” drops on October 9th and will be available through all online platforms and a limited run of only 1000 7″ Vinyl pressing – pre-orders available at kingparrot.net

Also check out our coverage of KING PARROT at the 8th-anniversary event for ‘Bite Your Head Off’ and in support of Dark Angel at Max Watts Melbourne.

You can see more from KING PARROT on their official YouTube channel.

ANTICLINE – ‘In The Open’