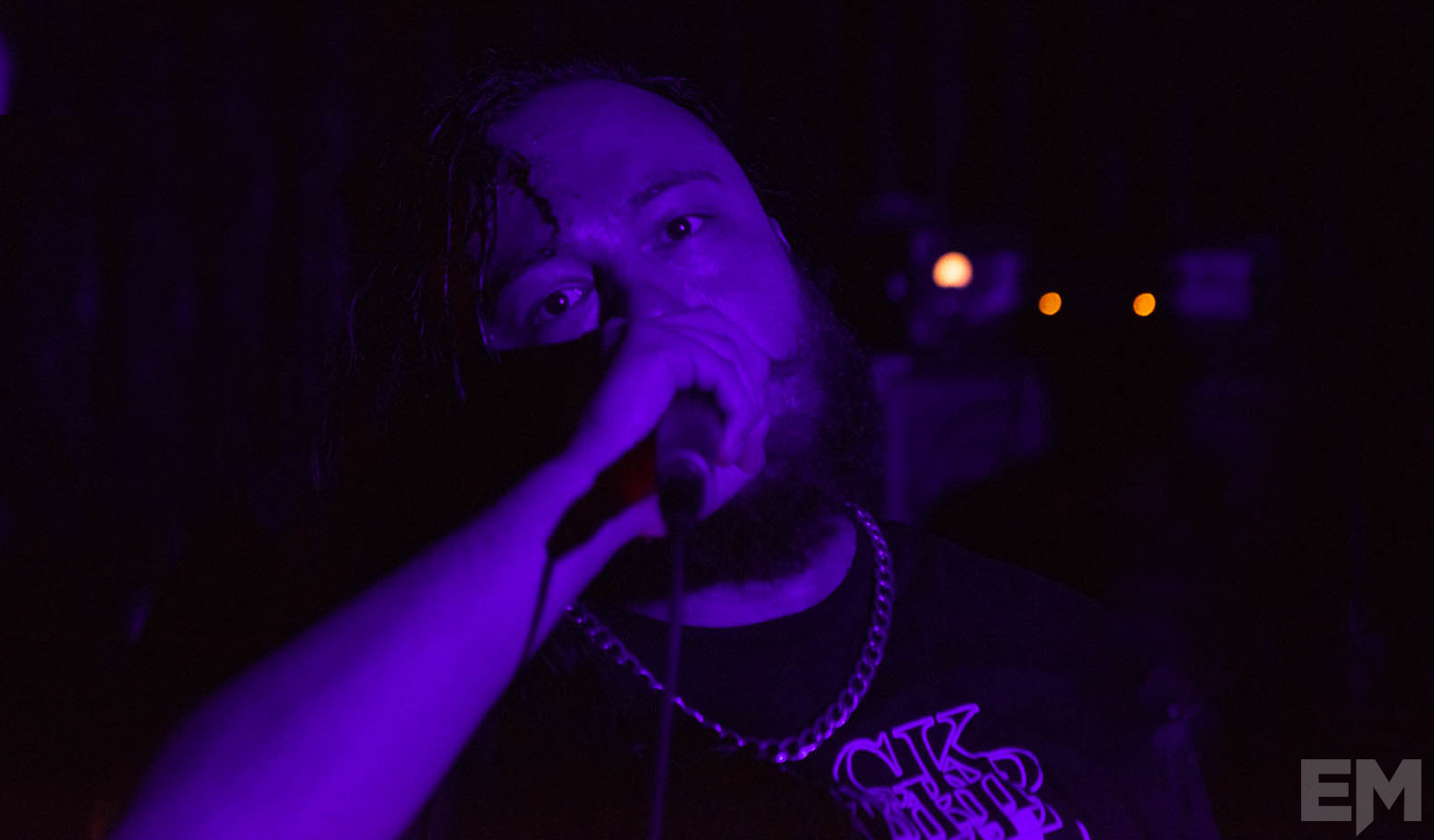 It’s Saturday night and EM is hanging out at The Catfish, formerly The Brown Couch, on Gertrude Street Fitzroy. It’s 7pm and while I wait for the doors to the band room to open, I decide to order a Philly Style Fried Pretzel (recommended with American mustard) from the tuck shop window inside The Catfish that is known as Sparrows Philly Cheesesteaks. This is the last night of Munt’s Towards Extinction East Coast Tour and they have put together a line up packed with local Aussie talent.

We head upstairs to a very intimate space where the first band, Cordell, is setting up. This four-piece band from Melbourne take their time, with a slow build leading to thumping and unrelenting drums, heavy clunking guitar sounds and deep animalistic growls that I believe were coming from a bear in people clothes. With the use of a pedal board, vocalist Dylan uses feedbacks and loops to create a multitude of sound effects which takes the audience on a journey through some dark passageways that sets a real mood for the night.

Warpath sped things up a bit with some hardcore metalcore stylings. The kids started to swarm towards the stage and were soon performing some Olympic worthy floor routines. This is a fun band and they have some fun fans too, one of which is joining them on stage. He pulls back his sleeve to present us with his Warpath tattoo covered forearm and then he performs some guest vocals before bulldozing back into the crowd and cartwheeling around for a bit. But the energy really started from the stage with this South Australian band from Adelaide.

The next band on the lineup is Bog from Preston who, after a very intense sound check, starts dishing out some sludgy, slow and moody tunes. I definitely needed a moment to adjust my palette for this set, but once I did, I let myself be dragged under the doom and I feel like I am wading through wet cement. Very enjoyable.

The tempo changed again with crowd-pleasers Break Through. This is another fun set to watch with audience members getting pumped on the hardcore / metalcore / noise band from Tasmania. Even the bassist from Warpath is getting involved with his impromptu guest vocals before barreling back into the crowded pit.

After seeing members of Munt thrashing and moshing during each set, I finally get to see them take their position on stage. It’s amazing that the last time I saw them perform was opening for Life Pilots at Wrangler Studios, and now it’s the final night of their headlining tour across the east coast of Australia. These guys delve deep into their on-stage personas and don’t let up, even for a second. I don’t even know if vocalist Tim notices the blood that’s slowly dripping down from his forehead, but if he does, he definitely doesn’t care. The black grinding death is taking over the packed-out venue, Tim launches himself into the crowd getting in everyone’s faces, and the crowd pushes him right back. This is not just the last night of the tour for these fellas, but it happens to be Drummer Seb’s last ever performance with the band. Guitarist Spud gets shots onto the stage for the members so they can all toast their friend and bandmate. It was a great tour line up for the Melbourne show, great performances and it drew in an excellent crowd.