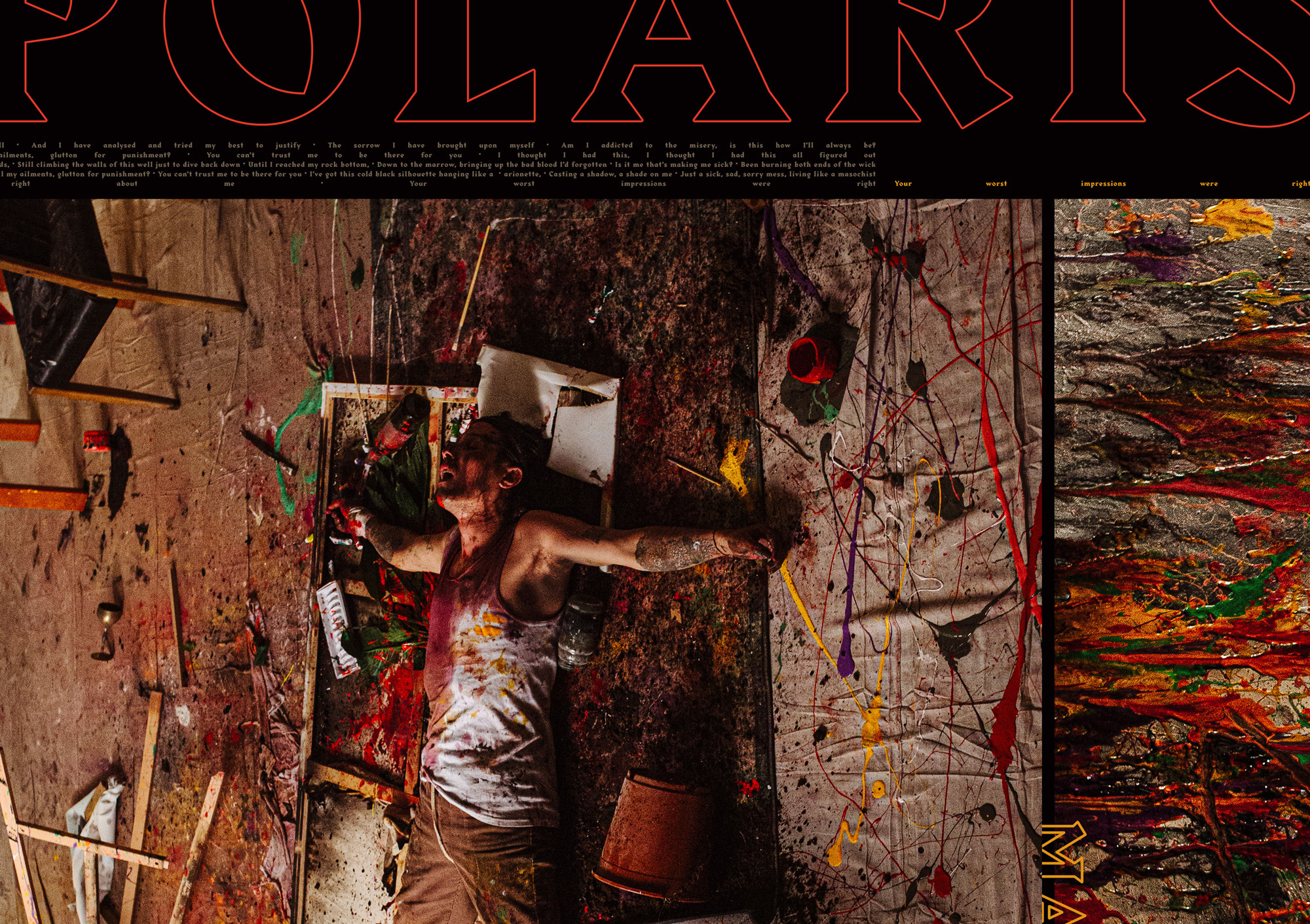 It has been two years since the release of their ARIA-nominated, Top 10 debut, The Mortal Coil. Fans have patiently been waiting and it has paid off as Polaris release their hard-hitting new track ‘Masochist‘.

As it happens, Masochist was the first song that we began writing in the album process. I remember I had the chorus, along with most of the lyrics and chords for the second verse, floating around in my head on one of the first tours we did for the last record, and once we had our first real break off the road it didn’t take too long for the rest of the guys to help flesh it out into a complete song. We had a very clear vision from the start of what we wanted to do with this song – something that straddled the line between our more metalcore sound and the emo and pop-punk tracks we grew up on, with some new textures in the verses, a big singalong chorus and just enough riffs woven in. We’ve never opened a song in such a stripped back way with just clean guitar and quietly sung vocals before so we were really proud of how that came together, and in rolling with it as the first single we wanted to introduce people to this record with something a little unexpected from us.

This song asks the question “Am I to blame for my own negative state of mind? Is this habit of constantly revisiting depressive thought patterns something I do to myself because some sick, destructive part of me almost likes it, or feels more comfortable living in that place – and will I spend spend the rest of my life there and drive away the people I care about it because of it?” It’s a heavy question to hit yourself with, but it’s one that I feel like a lot of us have asked when we’re battling through difficult times and this song is an honest representation of points in time when I’ve felt that way. And the truth is of course, no – you’re not to blame for your mental health. It’s so complicated and being angry at yourself for the way that you feel leads nowhere, but sometimes turning the mirror on yourself like that is the only way to start becoming an active participant in your own wellbeing.” – Daniel Furnari – Song Writer – Drummer

Keep up to date with everything Polaris on social media.