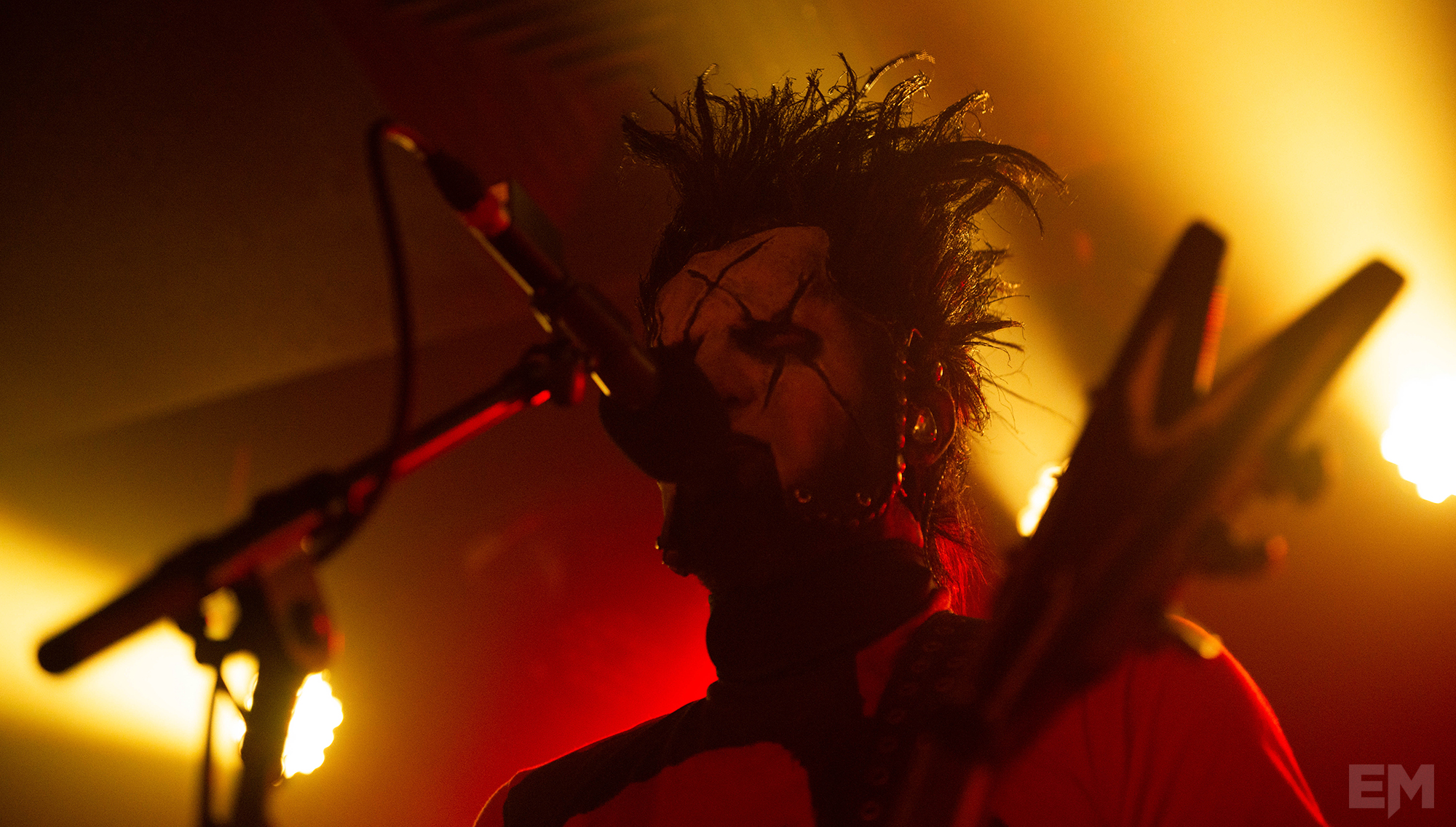 On Friday night the team at Everyday Metal stepped into a time machine that thrust us back to a simpler time when Bill Clinton was the president of the United States, The Matrix movie was released in cinemas and Tony Hawk landed the first 900 at the x-games. Meanwhile, we were all just pimply teenagers standing in front open school lockers door adorned with the Static-X Wisconsin Death Trip poster. It was 20 years ago when the band Static-X released their debut album and the world was introduced to the ridiculously addictive industrial metal stylings of Wayne, Tony, Koichi and Ken.

This tour was not just to celebrate Wisconson Death Trip‘s 20th anniversary but also to play an emotional tribute to the band’s former frontman, Wayne Static, who tragically passed in 2014.

Joining Static X at The Croxton bandroom in Thornbury, are the heavy hitter bands, Dope and Wednesday 13, making this an epic line up. Dope was an obvious choice as both bands took similar paths in their careers, Dope also releasing their debut album in 1999, ‘Felons and Revolutionaries’.
The two bands toured together across the States many times and they became close friends. Frontman Edsel was feeling the nostalgia of the night as he joked with his bandmates ‘Can you remember the last time you were the first support in a tour, hahaha? It was like 12 years ago!’ Dope rocked their set and partied hard, not wanting to leave Melbourne without smoking some weed with us, Edsel reached out into the crowd and grabbed a lit joint from the audience, which he puffed and passed to his band. I was stoked when they played their cover of the Dead or Alive track ‘You Spin me Round (Like a Record)”.

Then Wednesday 13 took the stage with immense force, blasting out the most entertaining glam rock, horror punk and gothic metal combo style I have ever heard. Wednesday 13, with his zombie-like band of the same name, gave us a thrilling show, and he performed like a proper old school showman. Every soul in the bandroom was rocking out to this set and in awe of the gothic lighting, neon body paint and creepy mask play.

The energy of the room was pulsating in anticipation for Static-X to start. They finally appeared on stage with the mysterious frontman simply known as ‘Xer0’, who presented himself wearing a Wayne Static mask. A controversial decision at first, but in our interview with bassist Tony Campos, he explained that they did not want to take the focus away from Wayne and from Static X by having ‘new’ singer perform with them. As it turned out, their choice to do this was well received.
Xer0 respectfully embodied the very essence of Wayne, from the similar voice down to the way he played guitar, and he never let us forget that his performance was a tribute, ‘This ones for Wayne! Our dear fucking friend and your hero’. They opened with ‘Bled For Days’, the third single off their debut album, and continued to unrelentingly power through more crowd-pleasers.
Tony gets on the mic, ‘Welcome to the 20th anniversary of Wisconsin Death Trip. This was a sold out show, thank you so much. You have no idea how much this means to us man’. The whole band does a shot to cheers the night and to cheers Wayne. ‘We forgot one didn’t we?’ Tony yells out to the crowd, a roar from the audience answers his question, and Static X dive into Push It, the absolute best way to end the night.

Static X will be releasing their new album ‘Project Regeneration’ (soon) which will include previously unreleased tracks with Wayne Static’s vocals and a collection of guest vocals. Be sure to check it out!

Static-X’s next stops are Sydney, Adelaide and Perth, grab your tickets here and keep up to date with Static-X on social media.

WATCH WEDNESDAY – BACK TO THE FUTURE – Casio CA-50 Digital Calculator