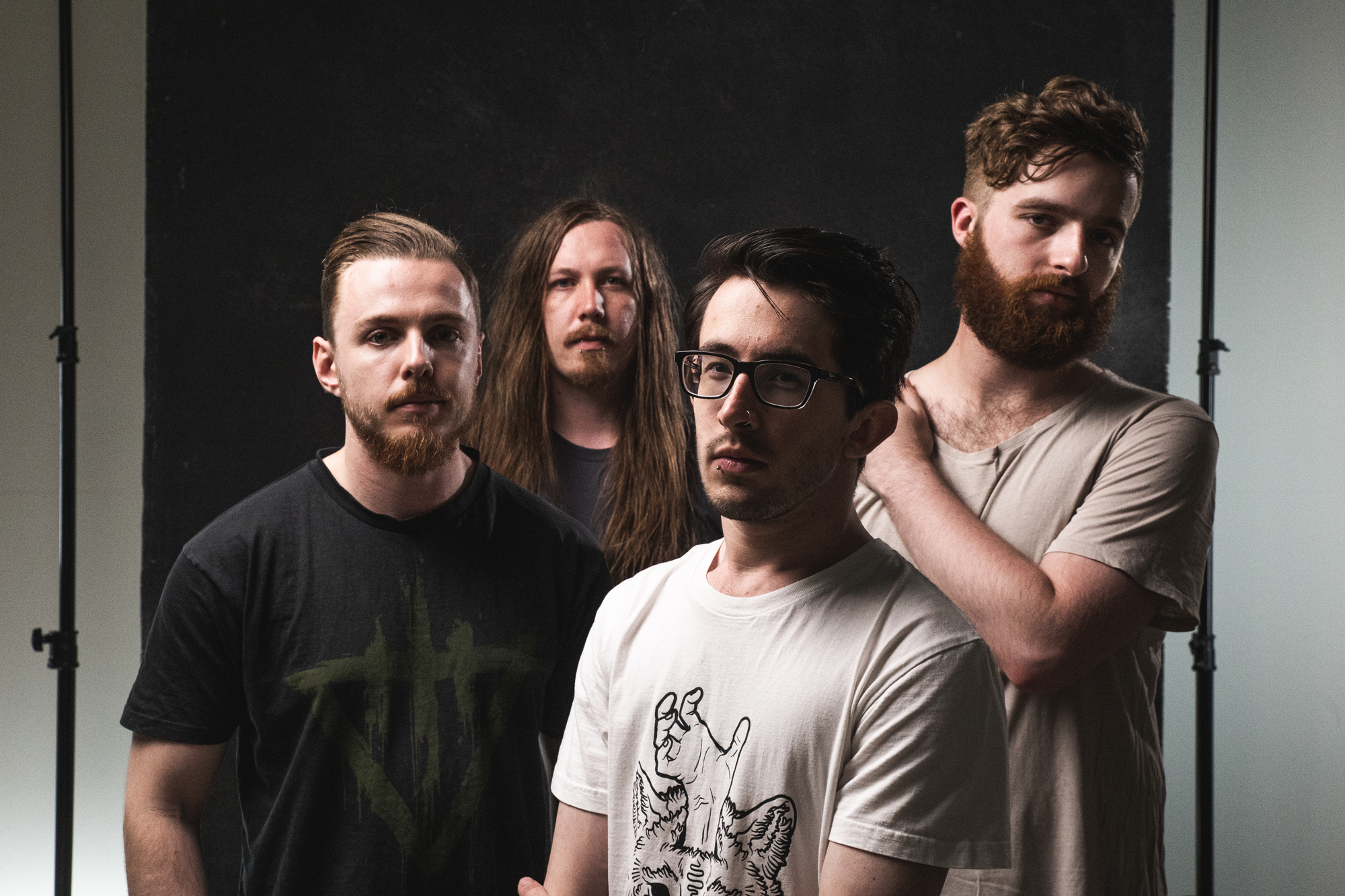 Cover shot THE MOTION BELOW

Melbourne’s THE MOTION BELOW have released the second single ‘Truth Hurts” that caps of their two-part series including the lead track ‘Dead Ends“.

Nate from the Everyday Metal crew caught up with vocalist Tom Katgert to delve deep into the concepts and meaning behind their latest project.

So, this is the follow up track to your last single Dead Ends. What inspired the concept of doing a mini-series?

I don’t quite recall what it was in particular that inspired the idea, but I think we’d all wanted to tackle something a little more narrative-driven for a while. As the main lyricist of the band, I personally wanted to try something new after having spent a rather long time exclusively writing material based on events that had occurred throughout my life. Our original plan was to create something of a short film accompanied by music, somewhat similar to The Amity Affliction, but we ultimately decided against it. The logical step in order to keep the project focused on the narrative was to simply split it down the middle into two parts.

Could you give me a rundown of the story line depicted through the music and lyrics of these tracks?

Essentially the story follows a young man trying to cope with his demons. The main theme of the tracks is addiction; the first track follows our protagonist trying to live normally and failing to escape his issues, while by the end of the first track and the beginning of the second he has submitted to his vices and is spiralling downwards, submitting himself to his mental trauma and isolating himself within his home.

By the end of the video for Dead Ends, the main character attempts to leave his room only to find the exit blacked out, symbolising the mental block he has to overcome in order to re-enter society. Truth Hurts sees him managing to leave his comfort zone; this is at the cost of his mental stability, and the remainder of this video revolves around him attempting to work up the courage to join the rest of the world outside.

What would you like to impart on your fans through this creative piece?

There’s absolutely got to be people out there that have felt the same way as our protagonist; lost, alone, thinking everything is hopeless. My hope is that this story is relatable enough to help those people understand that they are not alone. The picture that we paint for this character may be quite bleak, but that’s only because living the way that he is in the story is ultimately very self-destructive. We hope that anybody who relates to this character realises that they may be locked in a negative cycle and that they may become inspired to reach out to friends and loved ones for help. It’s never too late to break the cycle of addiction.

Is the cover art for Dead Ends and Truth Hurts connected? If so, how?

More or less. The hands are symbolic of the mental state of the protagonist throughout both tracks; the artwork for Dead Ends features a hand bleeding from the wrist, representing the self-destructive mindset that has been nurtured by the protagonist. The artwork for Truth Hurts, on the other hand, features a hand holding a heart. This is intended to symbolise the vulnerable state that the protagonist has found themselves in as a result of their actions. The two together form a bigger picture; the heart is responsible for pumping blood throughout the body, and could therefore almost be considered the source of blood. This forms the visual metaphor for the character’s emotions explored throughout Truth Hurts being the source for the destructive behaviour displayed in Dead Ends. In other words, the artwork for Dead Ends is emblematic of the symptoms of the protagonist’s mental state, whereas the artwork for Truth Hurts shows the source.

Where was the Truth Hurts video shot?

We actually shot that one entirely in Aiden’s (drums) house; Dead Ends was partially shot there as well. All of the full band shots and a good majority of the narrative shots between the two videos were shot in Aiden’s bedroom; all we had to do was move furniture either out of the room or out of shot. That might sound like a bit of a pain in the ass, and honestly, it probably was. I’m the lead vocalist, so obviously helping with manual labour was out of the question.

(That was a joke. I just got there late. Please don’t judge me.)

I see a Bundaberg 12 bottle make an appearance. Is that any of the band members drink of choice?

With the hopes that government restrictions will be lifted in the near future, have you any plans for live shows?

We had a few potential shows lined up before the Rona hit, but most of those plans have obviously been put on the back burner. As much as we all realise the necessity of social distancing has made live music a bit of a no-go zone at the moment, we all really hope that we can get back on stage as soon as possible because we’re all missing it a lot. We’ve been looking into some alternative means of content creation, so we’re at least hoping to have some more stuff of some kind out for everyone to enjoy soon. Apart from that, the current climate is so weird that we’re more or less playing it by ear.

As soon as we know when we’ll be able to start going to gigs again, you’re all sure to be hearing from us.

Can we expect more tracks with interconnected themes from you guys?

We’re strongly considering it. The creative process for these two songs has been quite a bit different from normal due to the interconnected nature of the story, and that’s been a really fun experience for us so we’re definitely open to doing it again. We’re brainstorming some different topics that we can tackle that have some kind of universal relevance to us as people, and I for one would be more than happy to have more songs that tie together as a single piece, whether that’s as a concept record or simply as another short story type release like these two songs have been. Reception for these two songs has been overwhelmingly positive so it seems to be that people find this kind of thing more interesting, so if it’s a win-win for both sides then why not explore it further?

A huge thanks goes out to Tom and all the members of The Motion Below for taking the time to chat with us. You can check out more from the band on their official YouTube channel and keep up to date on social media.