Home MEDIA THY ART IS MURDER – LIFE IN THE CROSSHAIRS TOUR

Last Saturday night was set aside for the Thy Art is Murder tour ‘Life in the Crosshairs’. This being their first headlining tour on home turf since early last year, the tickets for the Melbourne show sold out two months ago. And of course it did, Thy Art has the most dedicated legion of fans in Melbourne, and they always pack out the house decked head to toe in Thy Art merch. The line up for the night included Wither, Dealer and Justice for the Damned which perfectly complemented Thy Arts style of deathcore. 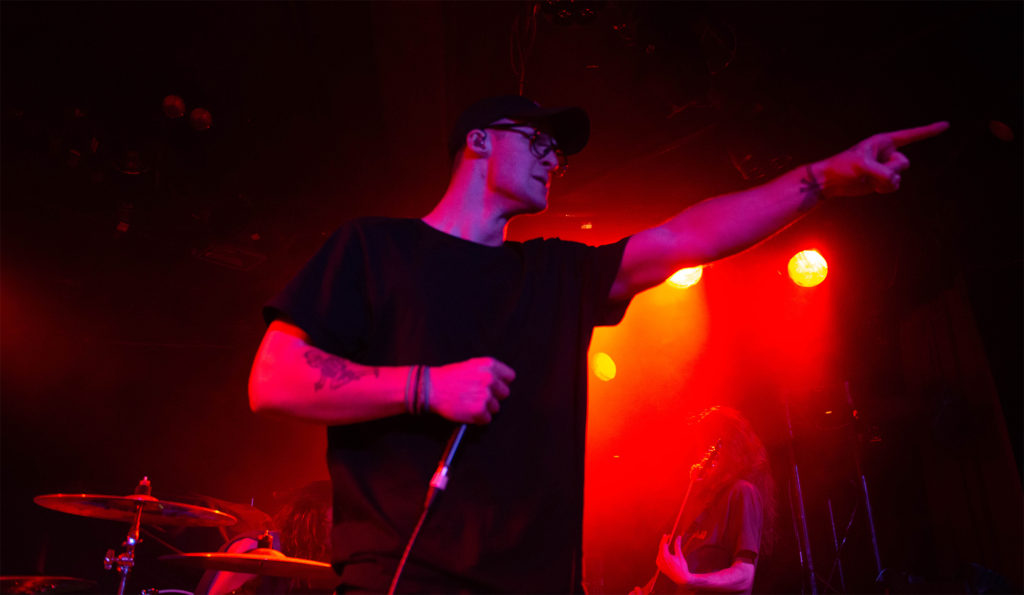 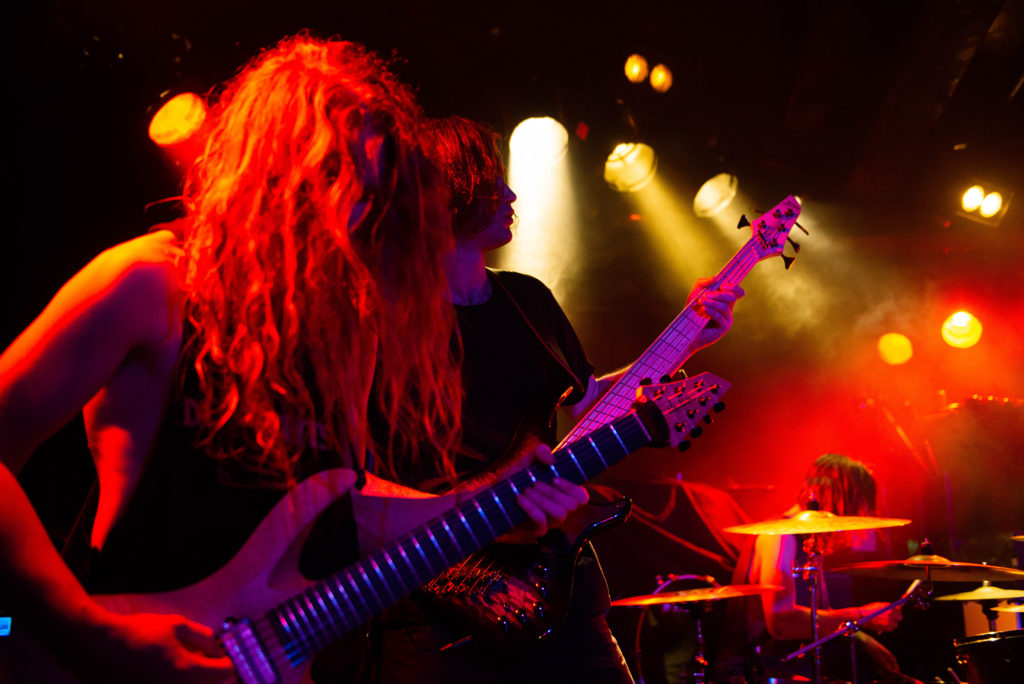 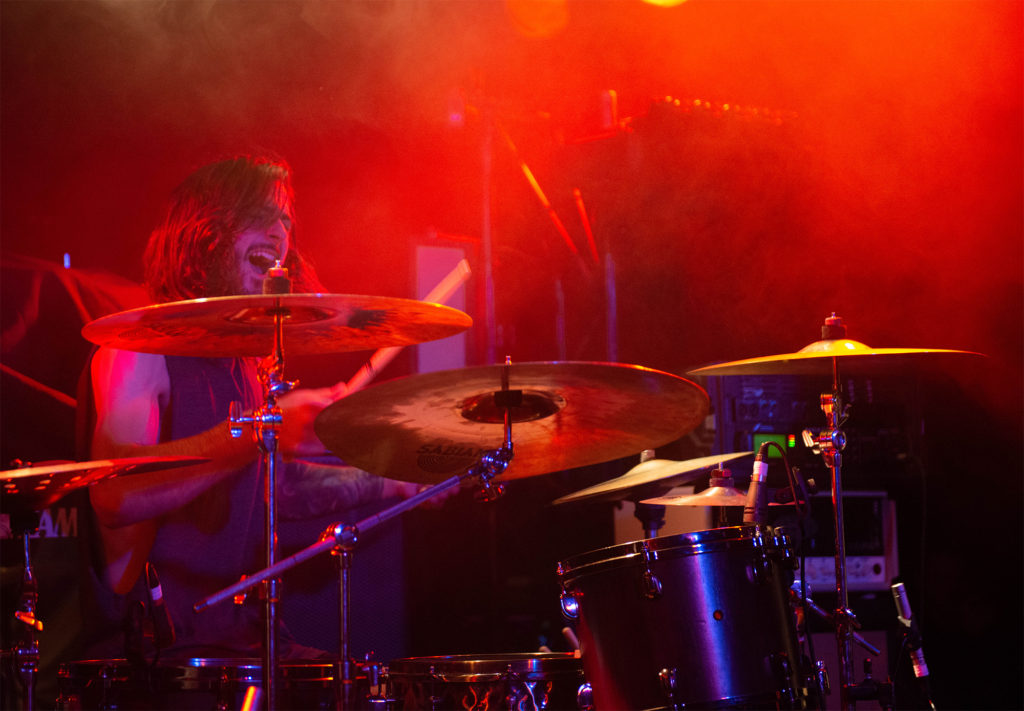 There was a high powered energy that pulsated amongst the crowd throughout the entire evening. Even from the first set, this 800 capacity band room felt more like an arena event and all the bands played up to that and kept the energy pumping.

One of the highlights of the night was when frontman Aidan from Dealer launched into the crowd and sang while being held up by all the fans in the pit. 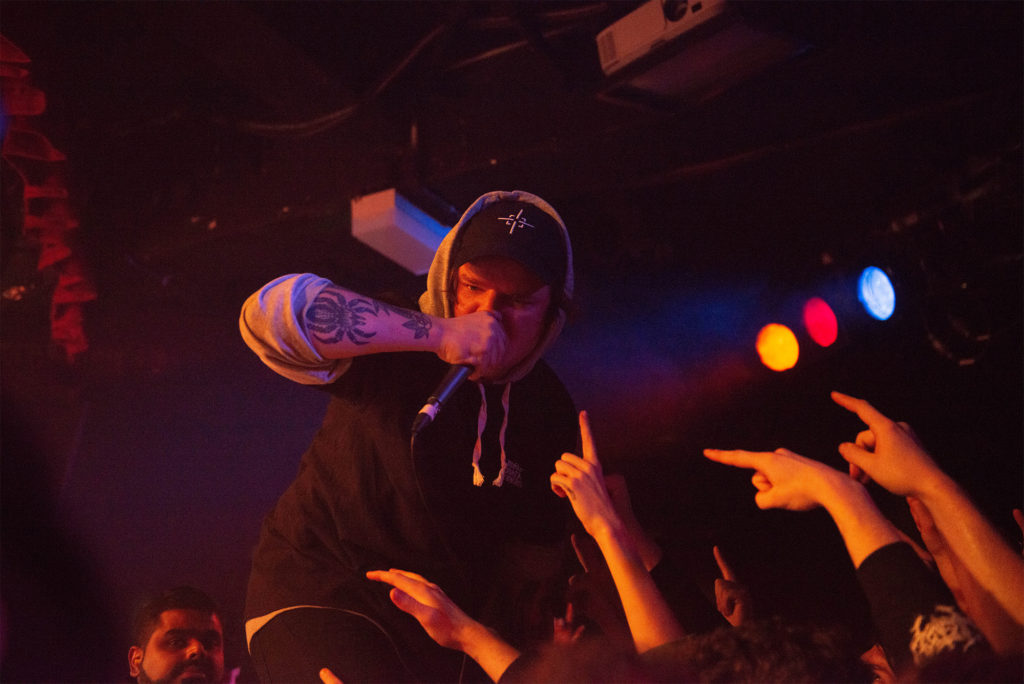 We got to see another impromptu guest spot from Starve’s frontman as he bounded on the stage during the Justice for the Damned set. 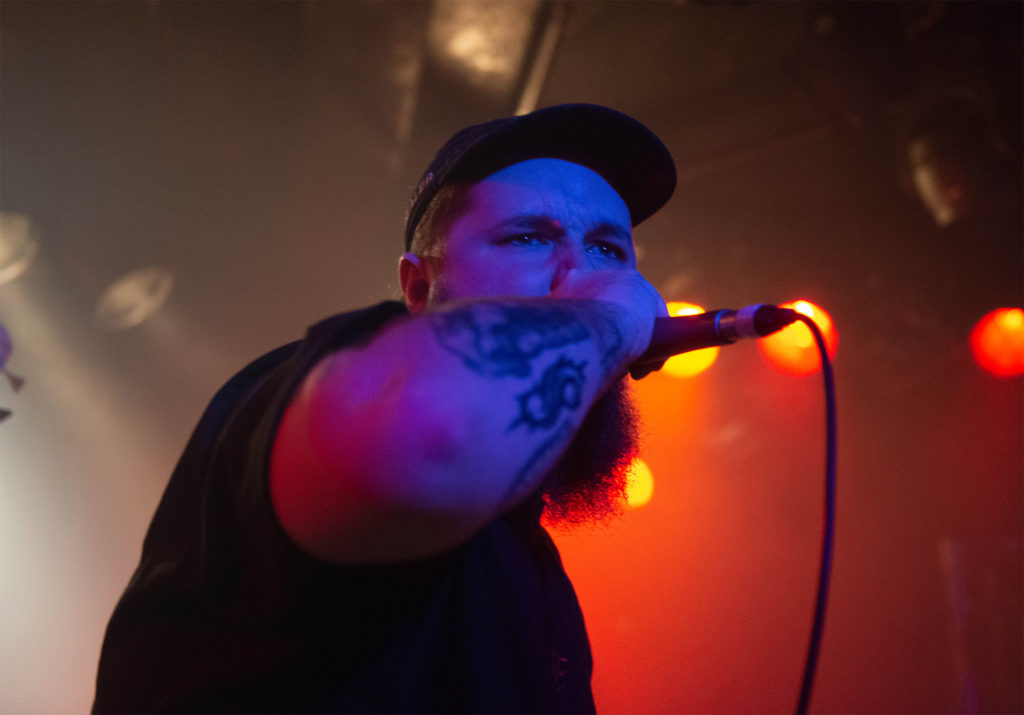 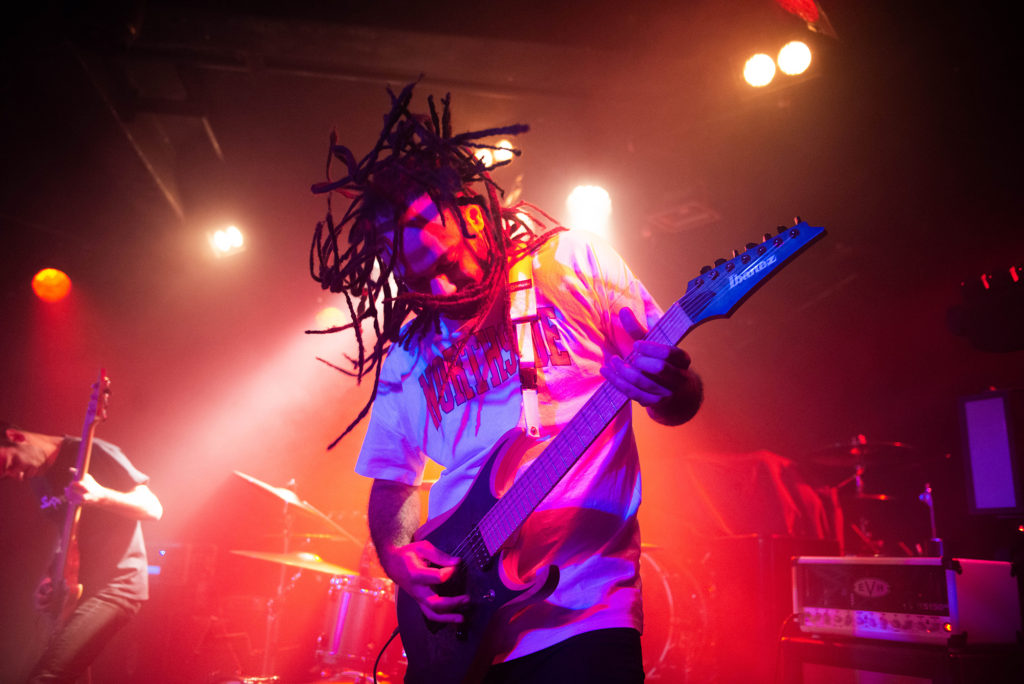 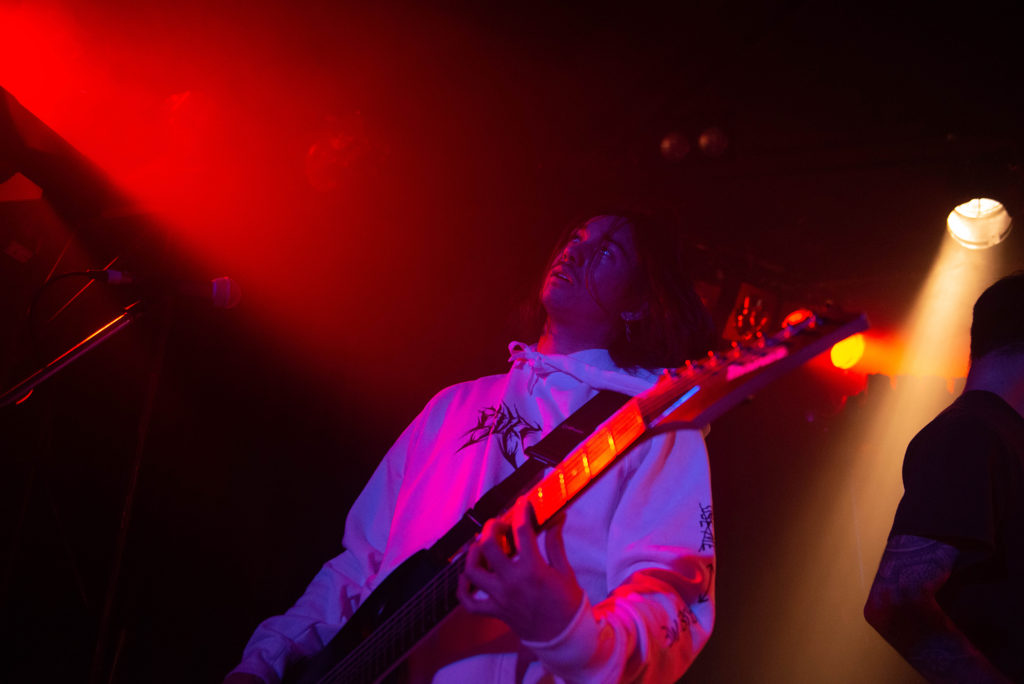 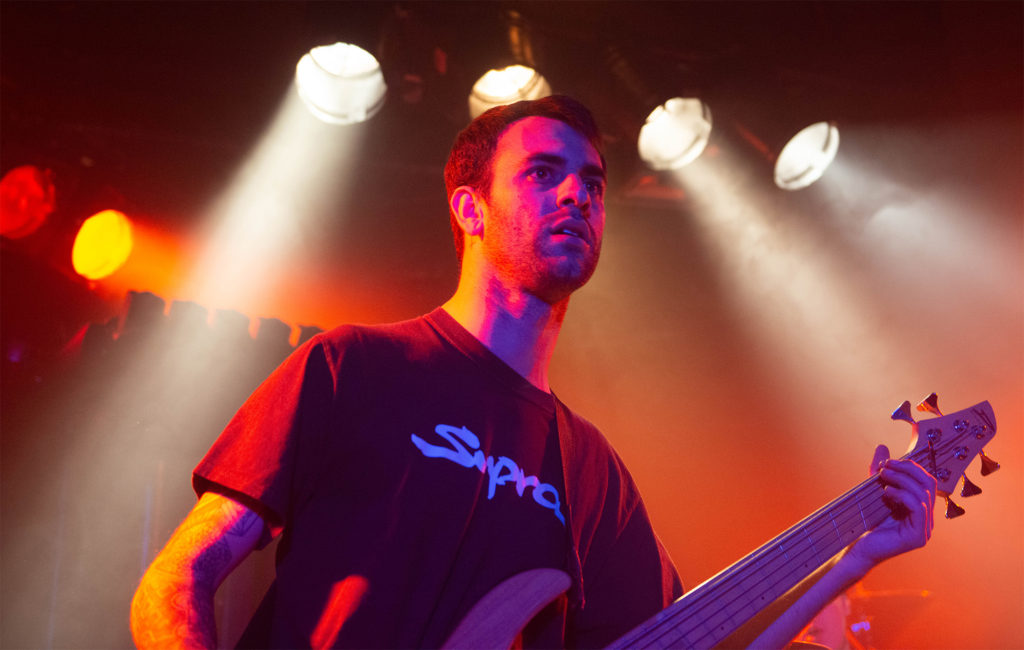 I watched from a safe vantage point as the circle pits formed and reformed all night long. The fans, not wanting to disappoint the bands on this leg of the tour, made certain to run, jump, and throw their limbs around with immense intensity. ‘Don’t look at me. Punch someone in the face!’ was a ‘drill sergeant’ style command yelled at the audience by frontman Bobak from Justice for the Damned. 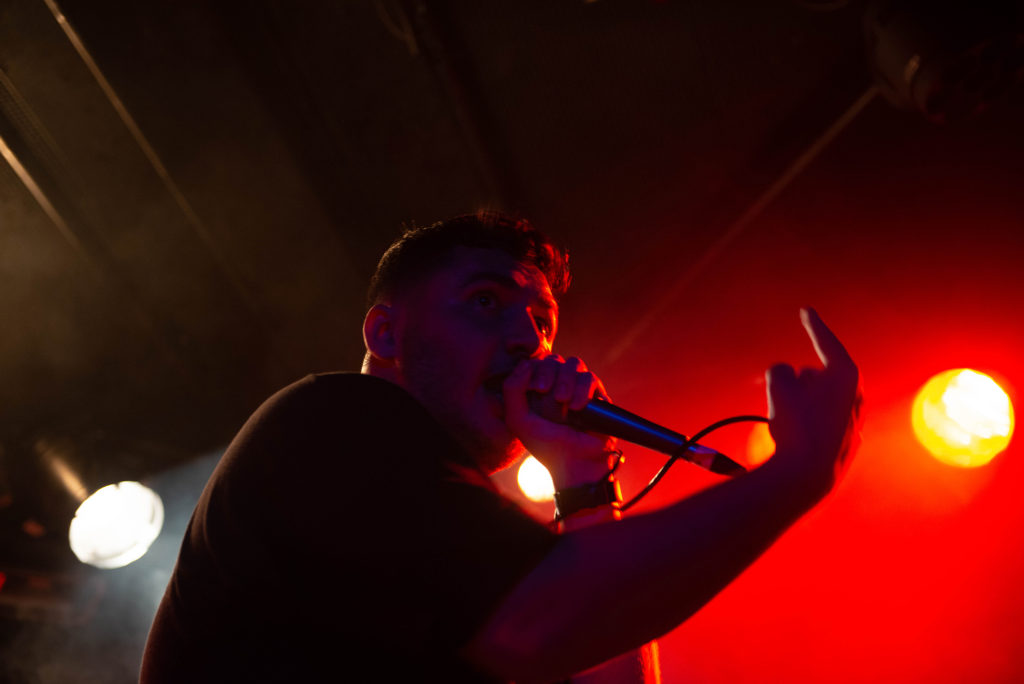 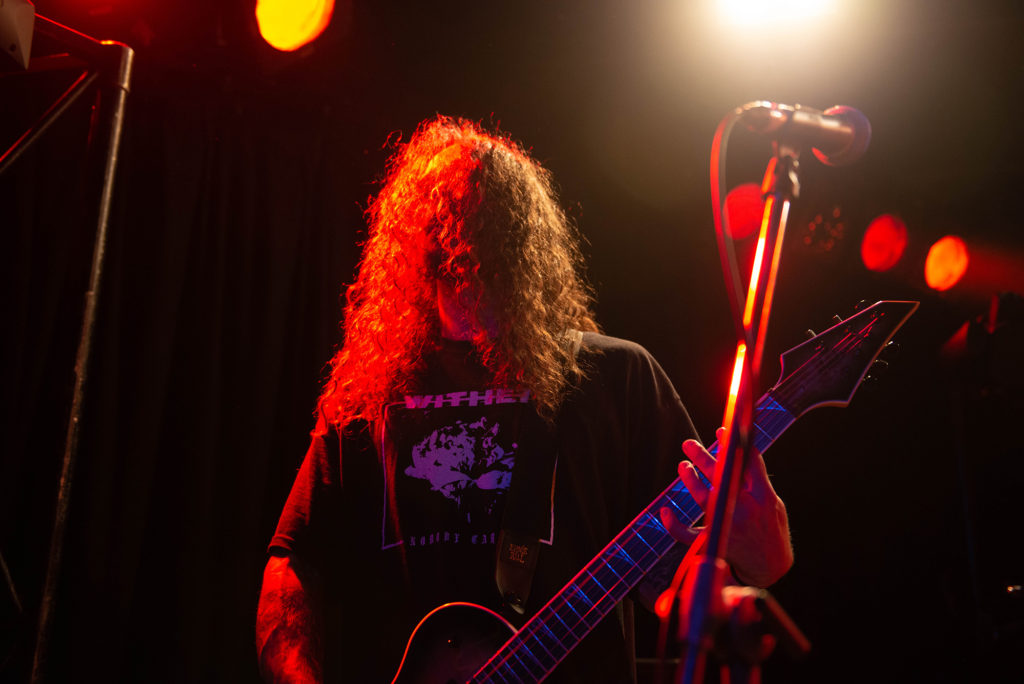 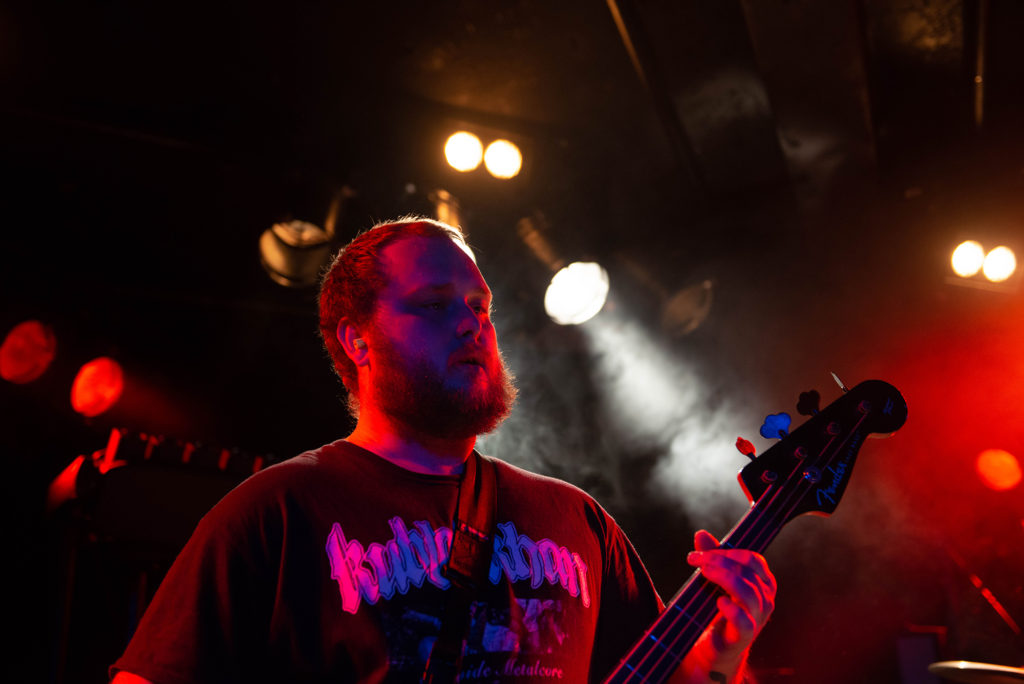 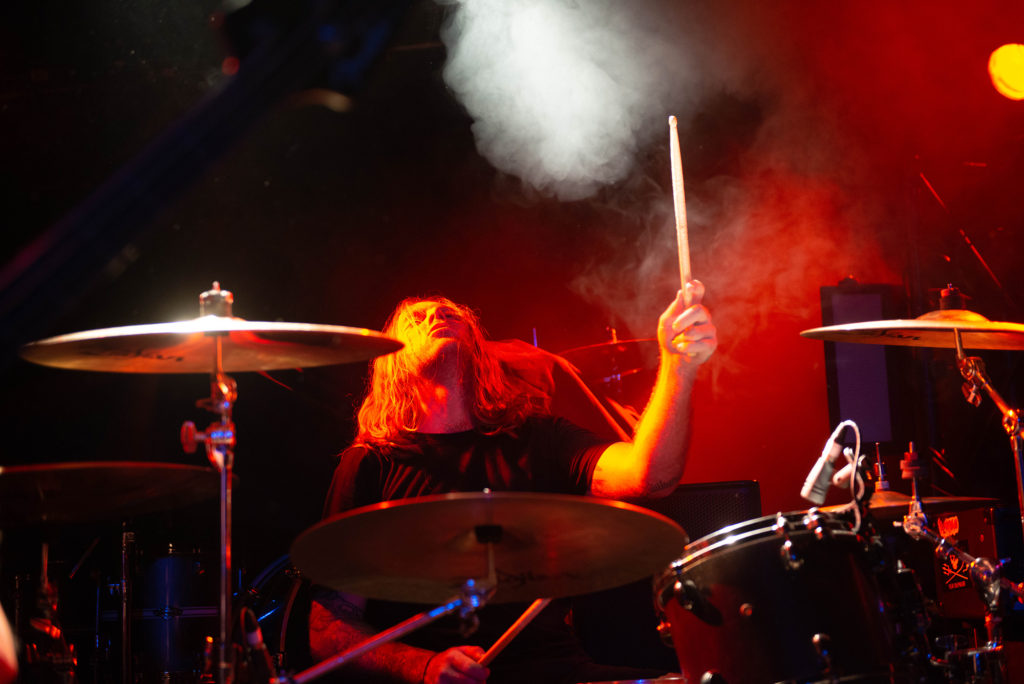 Thy Art is always on point with their performances and Saturday night was no exception. Of course, they played some of the fans favourite tracks such as ‘The Purest Strain of Hate’, ‘Holy War’ and ‘Puppet Master’ but they also wanted to introduce us to songs off their upcoming album ‘Human Target’ which will be available later this month. Their new single ‘Make America Hate Again’ coped a lot of criticism from their American fans, well, just the ones that are Trump sympathisers I guess, but they definitely didn’t have that problem here in Melbourne and the response from the fans over their new releases was overwhelming. I love how genuine C.J. is when talking about how thankful he and the band are to their fans, they used to be dubbed as a ‘hype’ band but now here they are, 11 years down the track and still giving us some brutal tracks and epic performances. 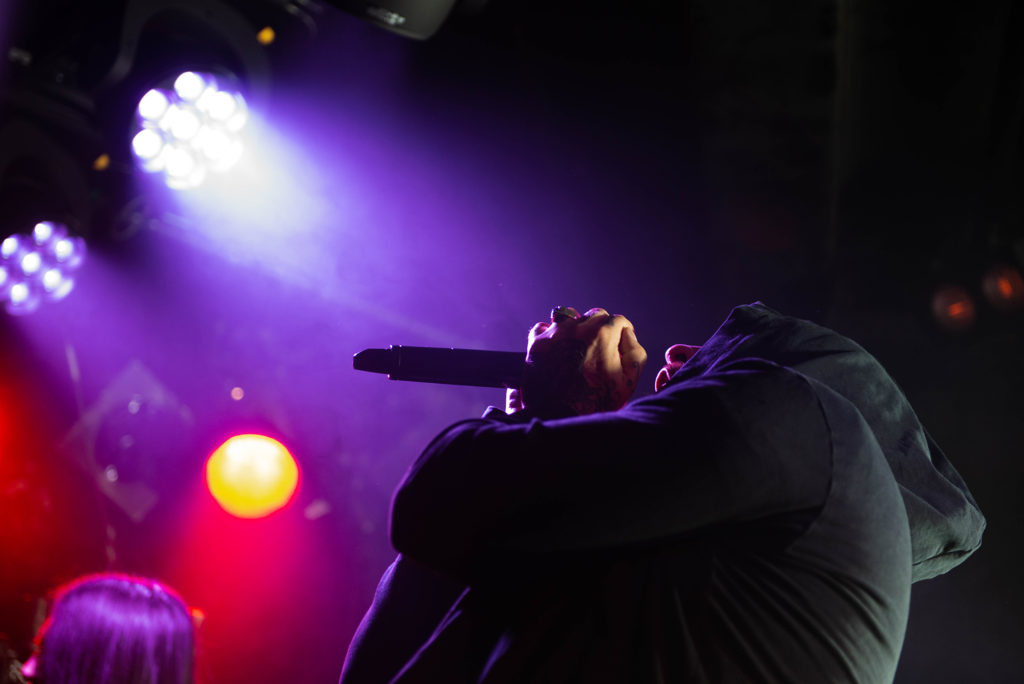 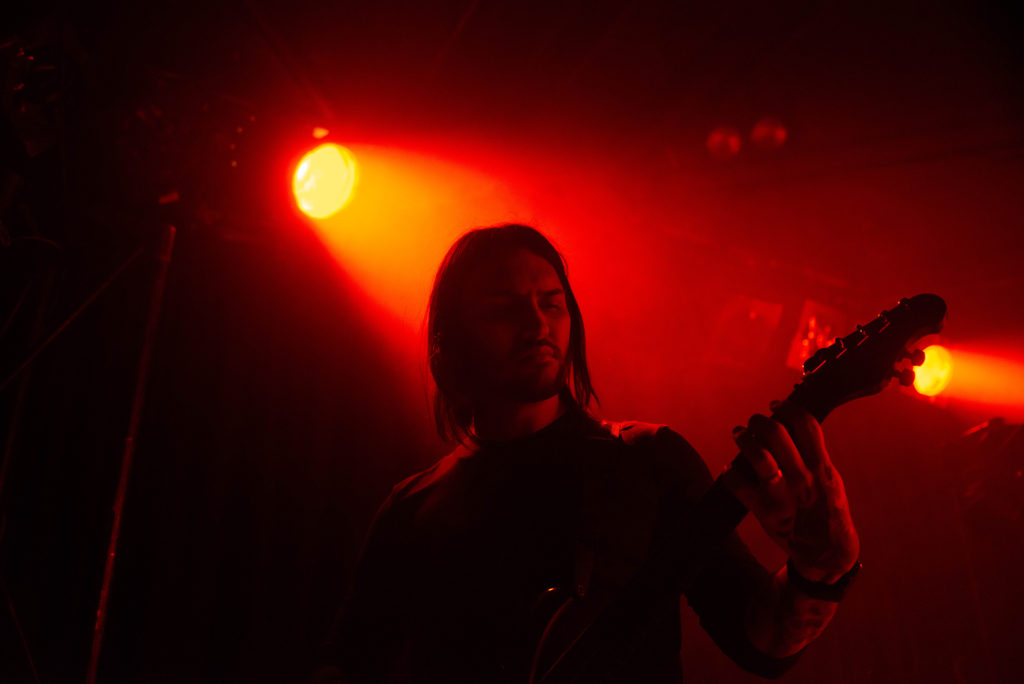 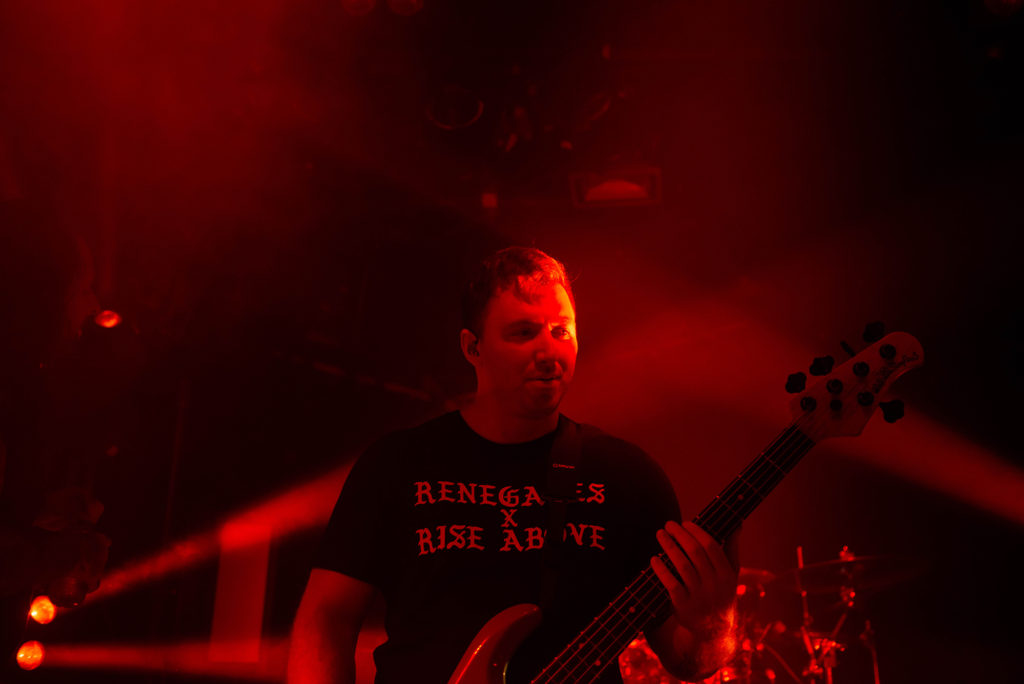 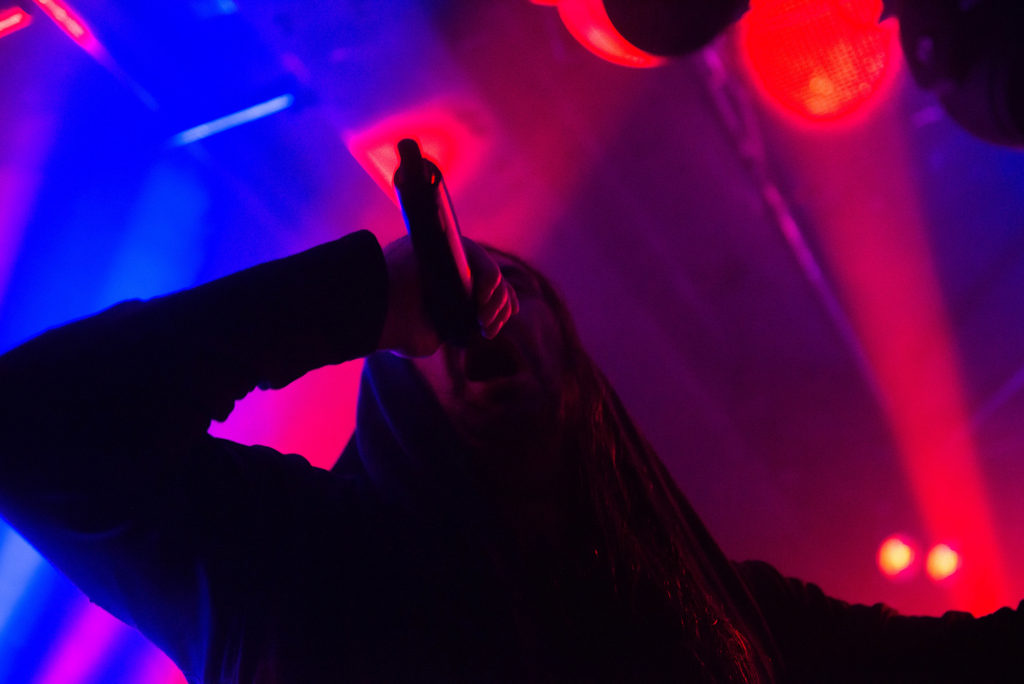 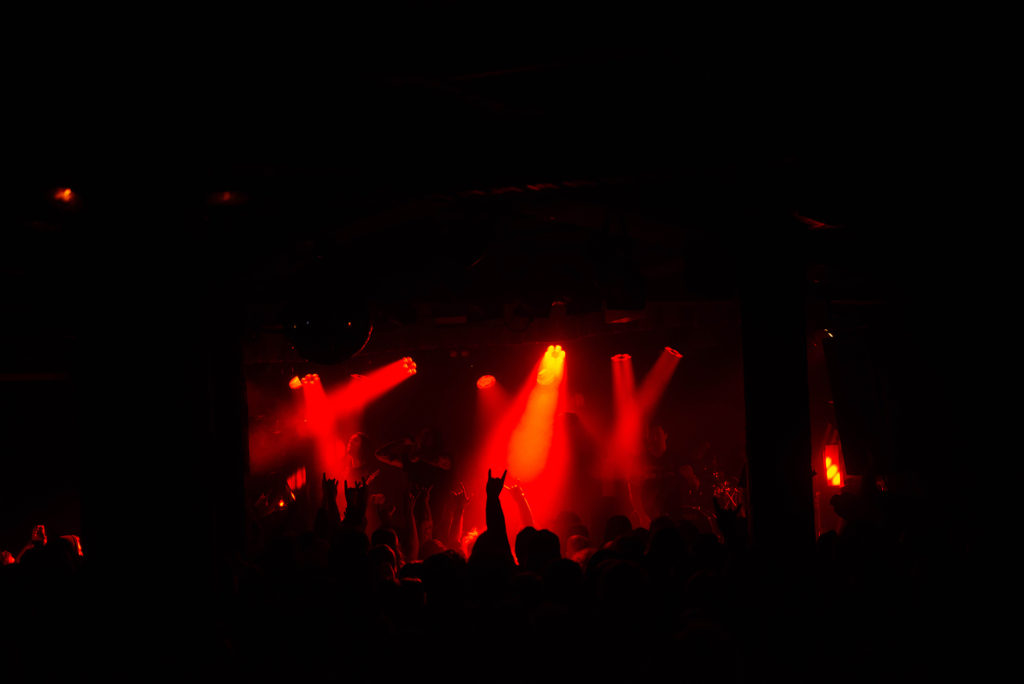 TECH TUESDAY – TRIVIUM “The Sin and the Sentence” Playthrough