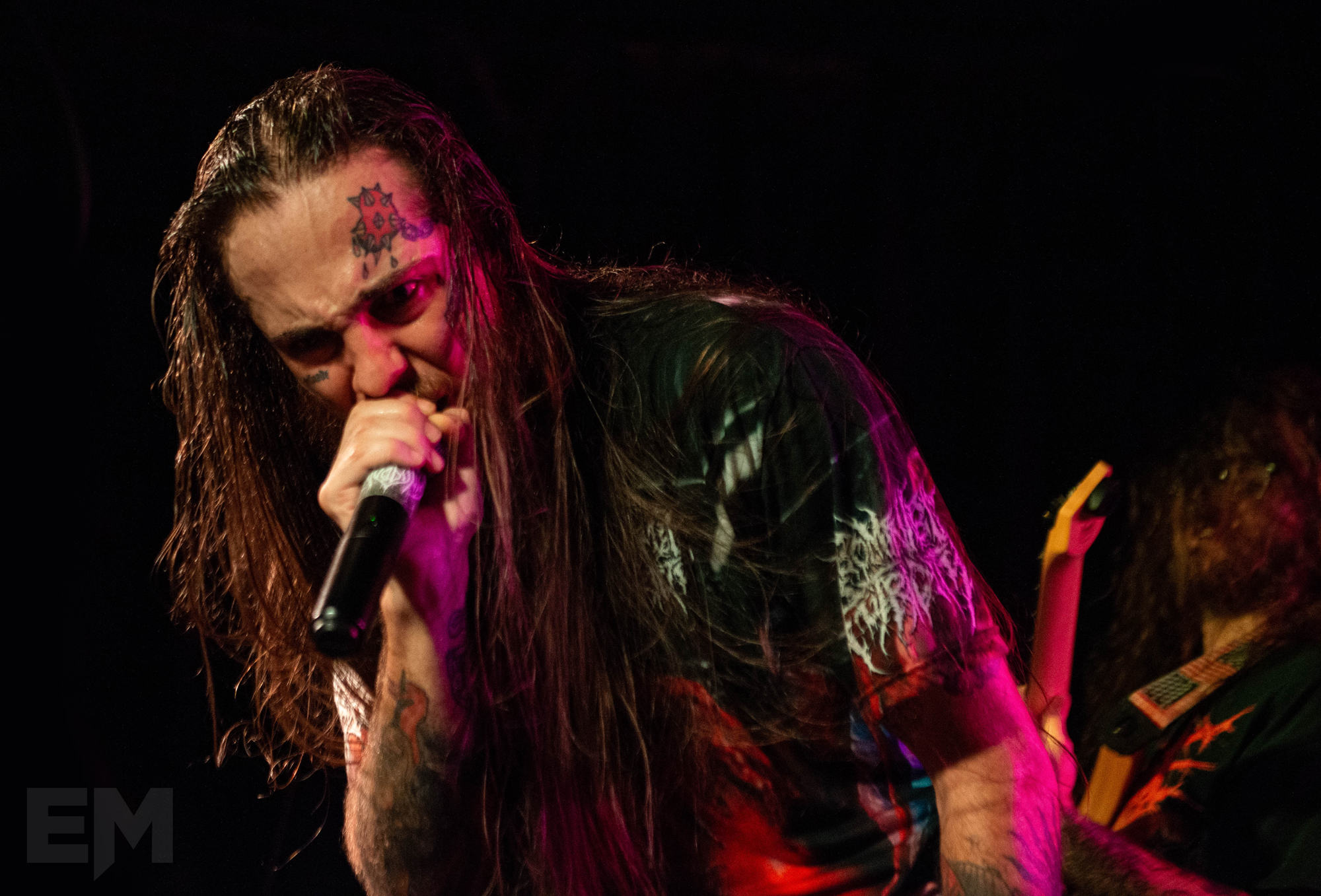 It was a balmy Melbourne afternoon and hoards of Metal Heads made their way across Fitzroy to attend the sold-out Vulvodynia show at the Workers Club. Vulvodynia hail from South Africa, yet have an insanely dedicated fanbase around the world and particularly in Melbourne. The night was supported by some of Australia’s most brutal bands, Ame Noire, Wraith, To The Grave and Zeolite.

One thing I absolutely love about underground shows is that members of the bands are usually making their way around the venue, lugging gear, saying hi to friends or slinging merch. But when they get on stage, they flick the switch and unleash the evil within. This was exactly what Ame Noire did, blasting the audience with their unique form of heaviness.

“Alright! bring it the fuck in, get up the front, lets fucking do this” yelled Wraith vocalist Raymond Martin before the band launched into their powerful set. I am a fan of Wraith’s “The Pale Hallow” EP and it was great to finally see this Sydney based band live.

The floor filled out in anticipation of fellow Sydney-siders To The Grave. TTG brought more of a Deathcore vibe to the show which gave a slight change of pace encouraging people to get crazy in the pit and elbows and fly kicks ensued. To The Grave have just dropped their latest album “Global Warning” which you can check out here.

Up next and the final support act for the evening was Melbourne’s Zeolite. Lead singer Fraser took a slightly different approach, politely asking people to come up the front and get involved “we don’t bite, come on, it’ll be fun”. As a photographer, the lighting in smaller venues can be really challenging and Zeolites set was particularly dark, I mean a lot darker than you would expect. Later in the set, Fraser announced: “isn’t it awesome when you set up all these cool lights and they don’t work?”. Zeolite didn’t let a few technical difficulties get in the way of putting on a killer set and getting the crowd warmed up for the headliners.

The venue was packed to the rafters for the sold-out show and fans were bracing themselves for the looming brutality of Vulvodynia. The second that the band started, the pit kicked into action. It was awesome to see people headbanging in time and yelling the lyrics back at lead singer Duncan Bentley. The room got unbelievably hot, to the point where the walls were dripping, yet every single member of this band was giving it their all, absolutely blasting through their set. I have been to a lot of heavy shows this year and this no doubt was one of the best.

Make sure you follow Vulvodynia on social media here

Special thanks to Plug Music Agency