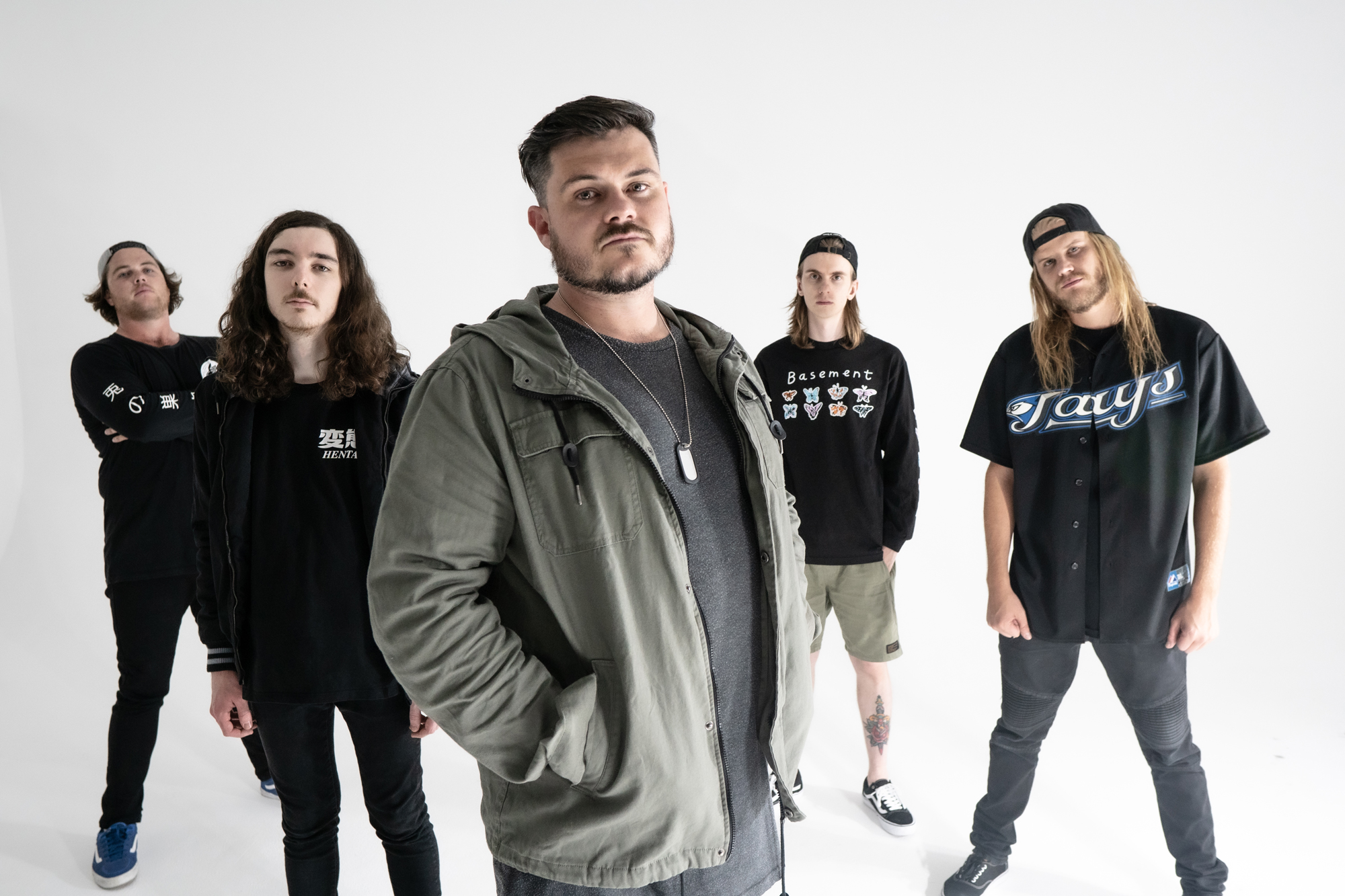 More great music coming your way this year! We Set Signals are back with their new single ‘Where were you?’ out now. The new single is a personal one for vocalist Nick Wilkinson, saying that the track “…is about a relationship turned toxic that I completely lost myself in. After the break up, I had no idea who I was or what I wanted. It took everything in me to just survive and rebuild myself.” We had a chance to catch up with him, here’s what he had to say.

Your new single ‘Where Were You?’ was written about a toxic relationship you were involved in. Can you tell me a little bit about it, and why it inspired you to write this song?

I mean, we just kind of got lost in our own selves. Something that happens, you know. People get lost and you sort of start doing things for the wrong reasons, and you forget who you are, and that’s just what started happening to the both of us.

It basically made me lose who I was. I stopped going to band practices, I stopped doing anything really. I fell into a bit of a depression and it took a while to rebuild myself after that. So, when I came out of it, I started writing music which really helped a lot. Nothing really made sense while I was writing until I started working on this particular riff. That’s how the song came together. I ended up putting some lyrics together on top of that and here I was with this first song that eventually became the title track of this new music that we’re putting out.

Was this a high school sweetheart type of situation?

It wasn’t a high school sweetheart, but it had been quite a long relationship.

What advice do you have for any fans that may find themselves in a similar situation?

The chosen cover art for this single is an old school video tape. What is its significance?

Really bought into the retro vibe that’s coming back with a lot of pop culture at the moment. So, we thought it would be good to come with these old media formats and put pictures up of them, and sort of tie that in with a bit of post-apocalyptic theme that we’ve got going. Which is something that I personally have been really getting into. So, we’re coming back into those post-apocalyptic themes mixed with the retro vibe.

Some interesting sounds on this one. Did you guys use a synth? Who writes these parts?

I actually started writing them myself. We started out as a pop punk band. I was writing a lot of sort of fun and happy stuff, and rebellious stuff. It was getting a lot of good reviews, but a lot of people were saying: this reminds me of the early 200s stuff, or it takes me back to when A Day to Remember first started. While I really like that, I really wanted to put a song that was brand new. Something that had a fresh vibe to it. I noticed a lot of the new influences I was listening to these days, that were new and fresh, were working with electro stuff, a lot of techno stuff. So I bought a program online, and because I record a lot of the bands stuff anyway, I started mucking around with that. I started getting pretty good at it so I started trying to meld that in with some guitar riffs and some drums, and that’s what came out.

What impact has the covid-19 situation had on the band?

We haven’t been able to rehearse, and we had to cancel a few tours, so that really sucked. My drummer was just pointing out the other day ‘I don’t think any of us seen each other for about six months’ which is crazy to think because we’re talking every day, but we haven’t physically seen each other for about six months. You know, we were just entering the Christmas period and had a bit of family time and then this happened. It’s been a bit wild.

What is something you guys are looking forward to when the restrictions are lifted?

Getting back to band practice to be honest. That’s kind of the weekly thing that we all look forward to. You know, jumping in the car, heading down to the rehearsal room and just bang out some tunes. We haven’t been able to do that for a while. We’ve kind of just been a band online. We haven’t been able to get together and do what we normally do, put some stories up, take photos together, stuff like that. It will be good just to hang out again.

When can we expect a full album drop?

Yeah, we will be announcing some more information. We’ve got another single coming out real soon. I can’t say too much about it right now, but yeah there will definitely be some information coming in a few weeks.

We’ve got a few features coming up from some guest vocalists that are reasonably well known in the states. That’s coming up on some future singles that will be coming out.

What else can we expect from We Set Signals in 2020?

The second these restrictions are lifted we are out on the road. We’re out there, we’re touring. We are trying to get the music back out to the people and enjoy what we do best, which is playing.

Huge thanks to Nick for taking the time to chat with us, you can check out their new single on spotify and keep up to date with the band on social media.