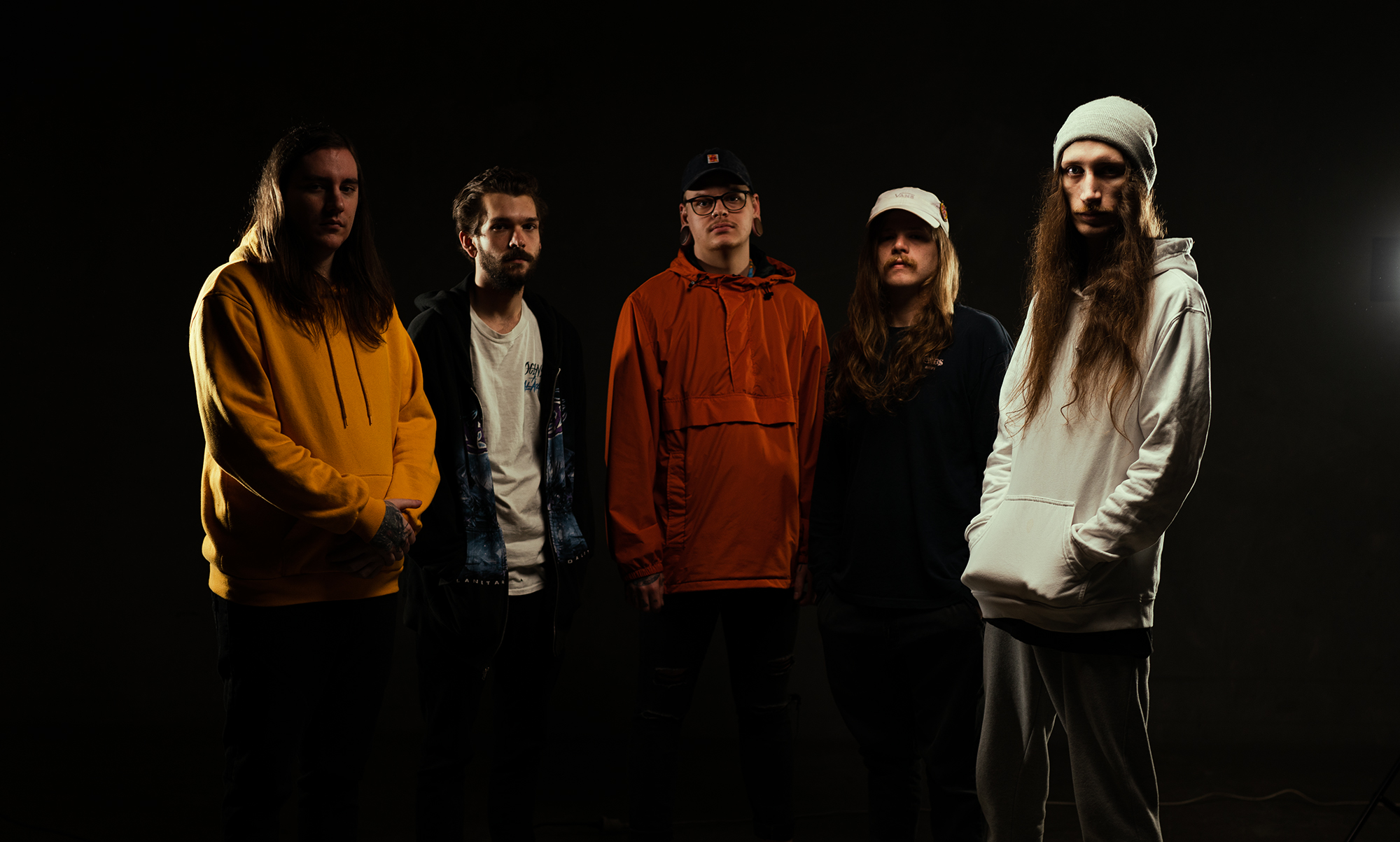 Hailing from Brisbane, Australia, Babirusa burst onto the scene with their first single ‘Desolation System‘ gaining them a sizable and loyal fanbase. Everyday Metal had the opportunity to chat with the band about their debut track and their upcoming full-length album ‘Humanoid‘.

Your first track ‘Desolation System’ was really well received by fans, what was it like to see such a positive response?

We couldn’t believe the response we received from it being our first single! Especially considering we almost lost the music video entirely due to Kyle’s computer dying days before we got the final version of the song. So we didn’t expect to release it on time and we’d already announced the release date.

The Desolation System video embraces some creative visuals, what was the idea behind it?

The goal behind the video was to achieve a technological aesthetic to compliment the concept of the lyrics. The outcome is what you get with minimal budget, but it gets the point across 😜

You recently confirmed the release of your first album entitled ‘Humanoid’ which has a strong concept behind it, can you tell us more about the narrative?

Humanoid is focused around the story of a central character, known as 343, and his journey between reality and the cybernetic world. As he is pushed and pulled through a series of events involving a sinister artificial intelligence, 343 is left to ponder his own existence and what it means to be human.

The album art for Humanoid was created by Portuguese artist Lordigan PedroSena, how did this collaboration come about?

While searching for an artist that could bring our vision to life we stumbled across Pedro through his work with Brand of Sacrifice and fell in love with his art.

Your band features two lead singers each doing their own heavy vocal styles, what inspired this approach?

Babirusa had been in the works for a while, starting out with Tate and Dean around 5-6 years ago. Then about 2 years ago Dean moved in with Rangi, eventually Rangi pushed the idea of Kyle and him working with us. Not long after Rheese was hanging at their house, working on lyrics with Kyle which sparked the idea of having them both as they worked real well together. Finding that having two vocalists allowed more freedom and creativity with what they did.

The name Babirusa is shared by an Indonesian pig that is famous for its skull being impaled by its tusks, was this part of the inspiration for the band’s name?

Yeah – Dean was searching through brutal animals and came across that fact about the tusks, which are actually canines, and thought it mirrored how humanity lives by slowly killing ourselves.

Last year you supported South African slam metal legends Vulvodynia in your hometown, what was it like to be part of such a killer line up?

We were stoked to be chosen for the show, we really enjoyed it and were absolutely blown away with the early turn out and response to our set. Couldn’t be more thankful for this to have been our first show!

The Covid-19 Pandemic has been hard on the music scene, how have you adapted as a band during this time?

We’ve taken the time to get everything prepared for the future, such as organising promo, album release and tour (when we’re able to because of covid) and writing new music for our next release after Humanoid.

During lockdown some people have come up with some creative life hacks, has there been anything you discovered that helped get you by?

We learned from Nat’s What I Reckon that pasta sauce from a jar sucks and that you should make your own!

As restrictions are easing in Queensland, are you making any future tour plans?

We’re looking into it and doing as much as we can do for now. Keep an eye on our socials for any posts regarding tours and the like!

A huge thanks goes out to BABIRUSA for chatting with us, HUMANOID drops August 28th, you can get your pre-orders here, keep up to date with the band on social media and check out more on the Slam Worldwide official YouTube channel.