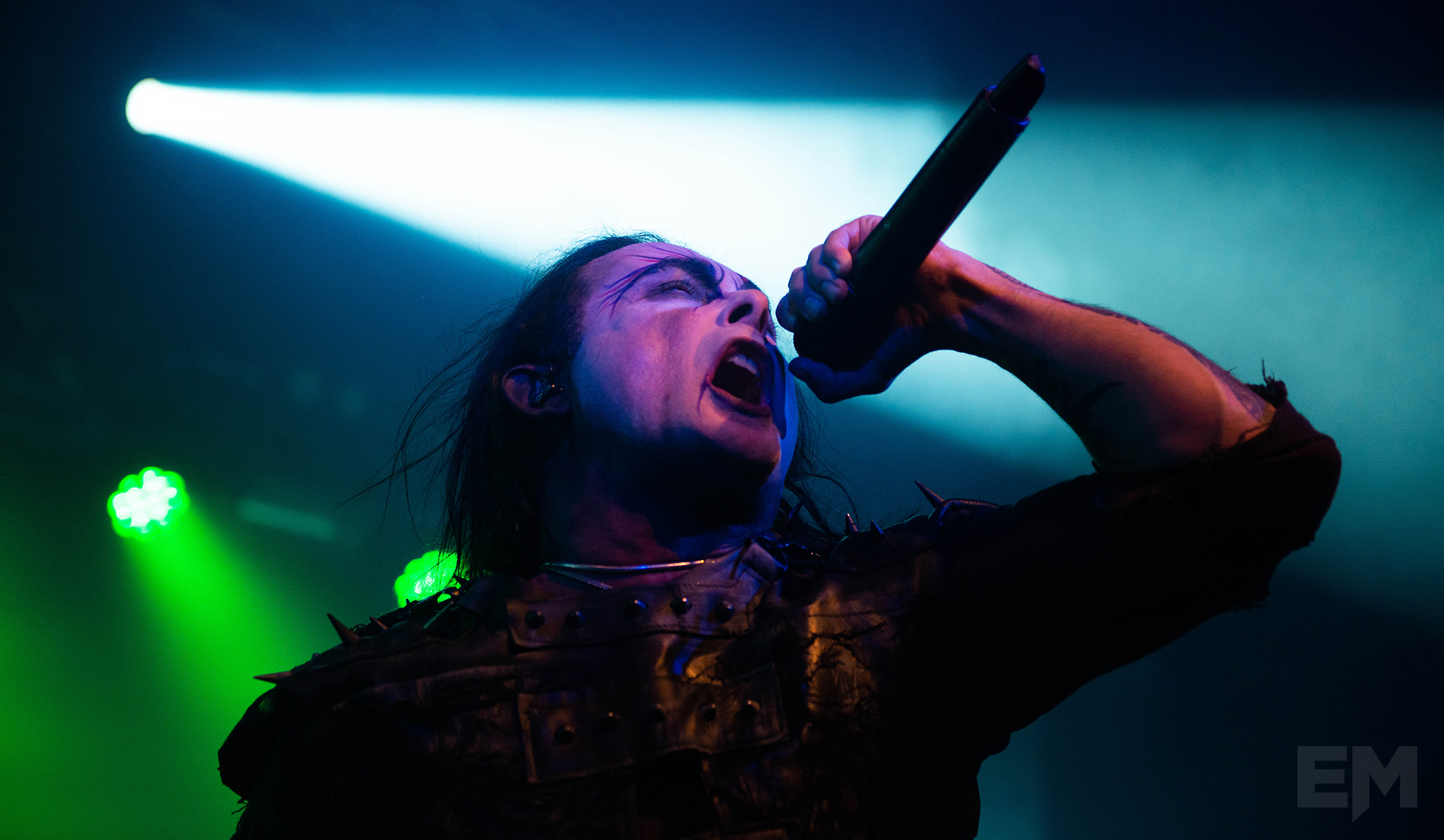 Home GALLERY CRADLE OF FILTH – Cruelty and the Beast – Melbourne

We find ourselves back at 170 Russel to experience yet another night of spicy nostalgia. In the recent trend of bands touring their hit albums from the 90’s, we have UK’s Cradle of Filth performing Cruelty and the Beast, beginning to end. This album which was released in 1998 helped shape the gothic black metal music genre and helped shape many young metal lives. Joining them on the Australian leg of their tour, for the second time, is Melbourne’s own Hybrid Nightmares, a five-piece progressive metal band that has also shared the stage with bands like Beyond Creation and Ne Obliviscaris and this year have released their new album Obelisk.

There have been many times that EM was supposed to check out a performance by Hybrid Nightmares but cruel fate kept us apart, until now. A scream came from the painted face of frontman Loki “Alright Melbourne, let’s do it!” and it begun. Hybrid Nightmares performed with Cradle of Filth on their 2018 tour and it makes sense why they were invited to join them again. These boys deliver a similar brand of moody theatrics while they satisfy the blood lust of death metal fans, offer tasty retro screams and riffs for the old school metalheads and still manage to throw in some sci-fi twang for the nerd in all of us. This band straddles the line between not taking themselves too seriously and offering us up some seriously heavy music. We laugh along to their typically Aussie antics while Loki leads the charge like some sort of bogan Beelzebub. They finish with Drink of the Waters, an epic track which takes us down a dark path of sound that envelopes the whole audience.

The crowd just watches the empty stage, patiently waiting to see Cradle of Filth emerge from the billowing of purple smoke and perform the hauntingly brutal and macabre romanticism of Cruelty and the Beast. The concept album, based on the life of Hungarian countess and mass murderer Elizabeth Bathory, takes you on a gothic journey using horrific screams, melodic keyboard passages and bludgeoning guitar riffs. Experiencing this album live gave the feeling of one slowly sinking into a river of warm sticky blood, eerily calming but entirely overwhelming.

Led by Dani Filth’s blood-curdling signature screams each member plays their part on stage, but the standout performance was from guitarist Richard Shaw, a one-man sideshow act who is truly Satan’s Jester. He has a menacing glare that penetrates the audience and hypnotizes them into submission. We enjoyed all his antics from the moment his head lulled to the side while froth seeped from his mouth, to when he snatched a fan’s phone to only continue to film the band up close and personal. We also can’t forget about his whirlybird headbangs while performing wicked tight guitar riffs.

We also got to hear from what Dani called their ‘latest musical excretion’ a track from their latest album release and some bonus fan favourites.

Cruelty and the Beast is being remixed and remastered by Grindstone Studio’s Scott Atkins and will be reissued on November 1st through legendary UK label Music For Nations, be sure to check it out.

Keep up to date with Cradle of Filth on social media