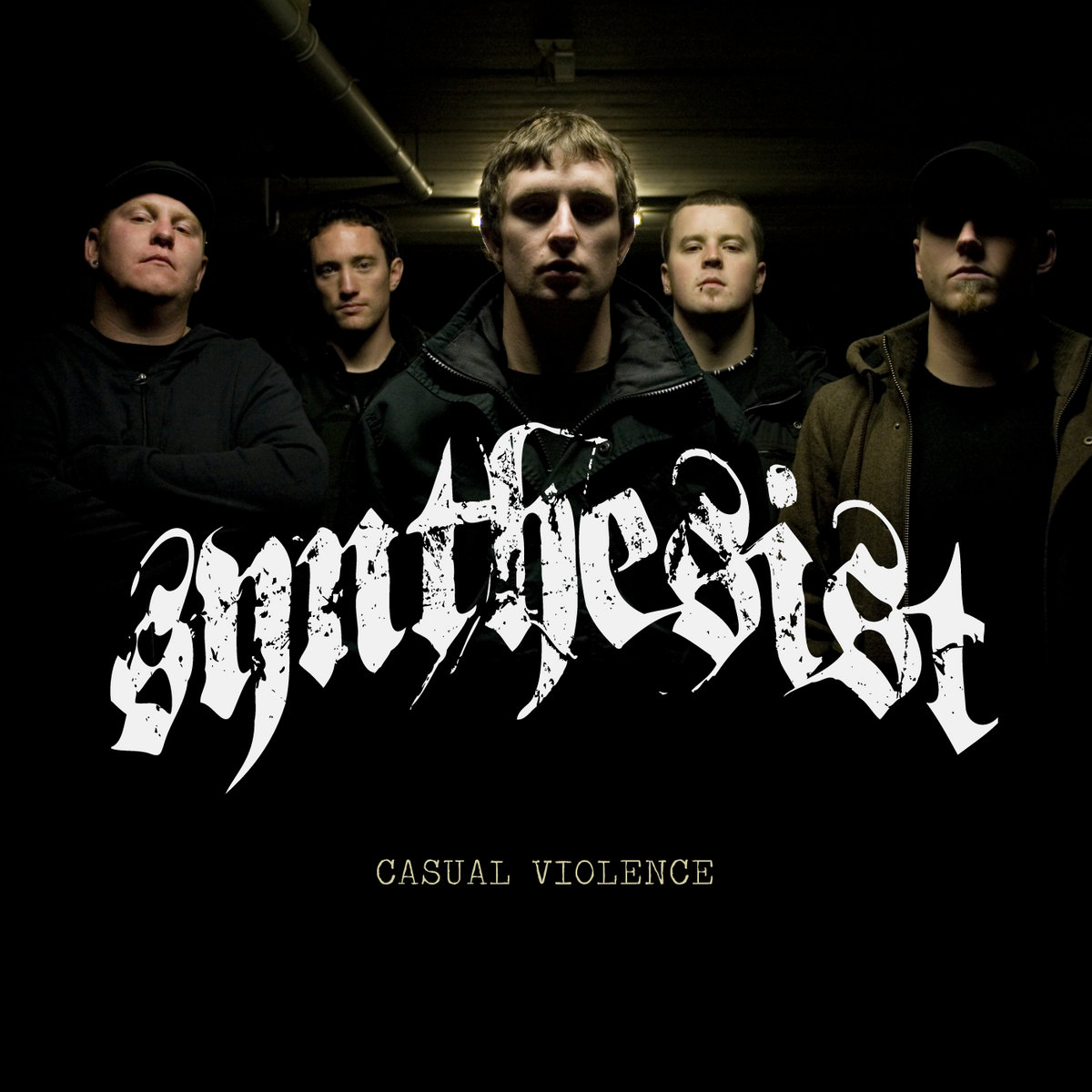 Stalwarts of the mid-late 2000s Melbourne metal & hardcore scenes, Synthesist have popped back up on our radars after over a decade of hibernation (minus one reunion show), stepping into the digital world with the release of their ‘Casual Violence’ EP.  We caught up with Tristan, one of Synthesist’s founding members and guitarists, to chat past, present and future.

our last glimpse of synthesist was a one-off reunion at the start of 2015, as part of the ‘holiday for cambodia’ fundraiser show for your mate, Cam Ward.  how did this go from a few bands reuniting and turn into such an epicly nostalgic mini festival?

I think the eventual magnitude of the event reflected Cam’s larger-than-life personality and how much everyone in the Melbourne heavy music scene loved the guy. When the message got out about his grave prognosis all these great musicians came out of the woodwork and made it their duty to contribute whatever was necessary to make it the best night of his life. It was a beautiful thing to be a part of and we were all immensely proud to have come back after years of inactivity to perform for him one last time.

was there any temptation or conversation at the time about extending the reunion beyond that show?

We were open to doing a future tribute show for Cam after his passing, as there was some talk of having an anniversary for the event. Other than that no, we had all moved on to different things.

you’ve been sitting on the ‘casual violence’ ep for 12 years now.  why did it never end up getting released back then?

The Casual Violence E.P was originally only intended to be a demo/media kit to shop around to record labels back when we recorded it in 2008. Even though we recorded it on a lean budget and with limited pro equipment our recording/mix engineer Reza Nasseri ended up making it sound better than we had planned. However, some time in 2009 we became inactive and we pretty much shelved it indefinitely, along with all other Synthesist-related aspirations.

what led to the ep finally seeing the light of day now?

Our old-time friend Leroy from Double Dragon hit me up one night and demanded that I send him the masters of that recording session; he was disturbed by the lack of “Syndogs” in his gym playlist and convinced us to release it digitally through his label, ‘IdigLig Digital Records’.

you’ve still got your original demo and following ep stuck in the analogue world.  any plans to share them with the digital world as well?

Nah, I think we’ve relegated them to antique status.

is there a future for synthesist and, if so, what does it look like?

We have no plans of reforming full-time, but depending on how the metrics look for the digital release of Casual Violence we might get together to re-record some of our favourite tracks from the first 2 CDs with a more brutal production… and maybe one or two never-released songs that we were writing around the time of our disbandment. Again, that’s all contingent upon Casual Violence being well received… if not, I guess we’ll just go fuck ourselves.

have you been working on any other projects?

Dean [vocals] and myself messed around with a tongue-in-cheek studio project called ‘Desert Cop’ that never really got out of first gear, if anyone is interested they can have a laugh along to a demo we made (Check it out below)

Other than that I’m currently writing for a new collaboration with ex-members of The Red Shore and Boris The Blade. It’s gonna be quite heavy.

Special thanks to Tristan for taking the time to chat with us, you can stream the ‘Casual Violence’ EP on Spotify.