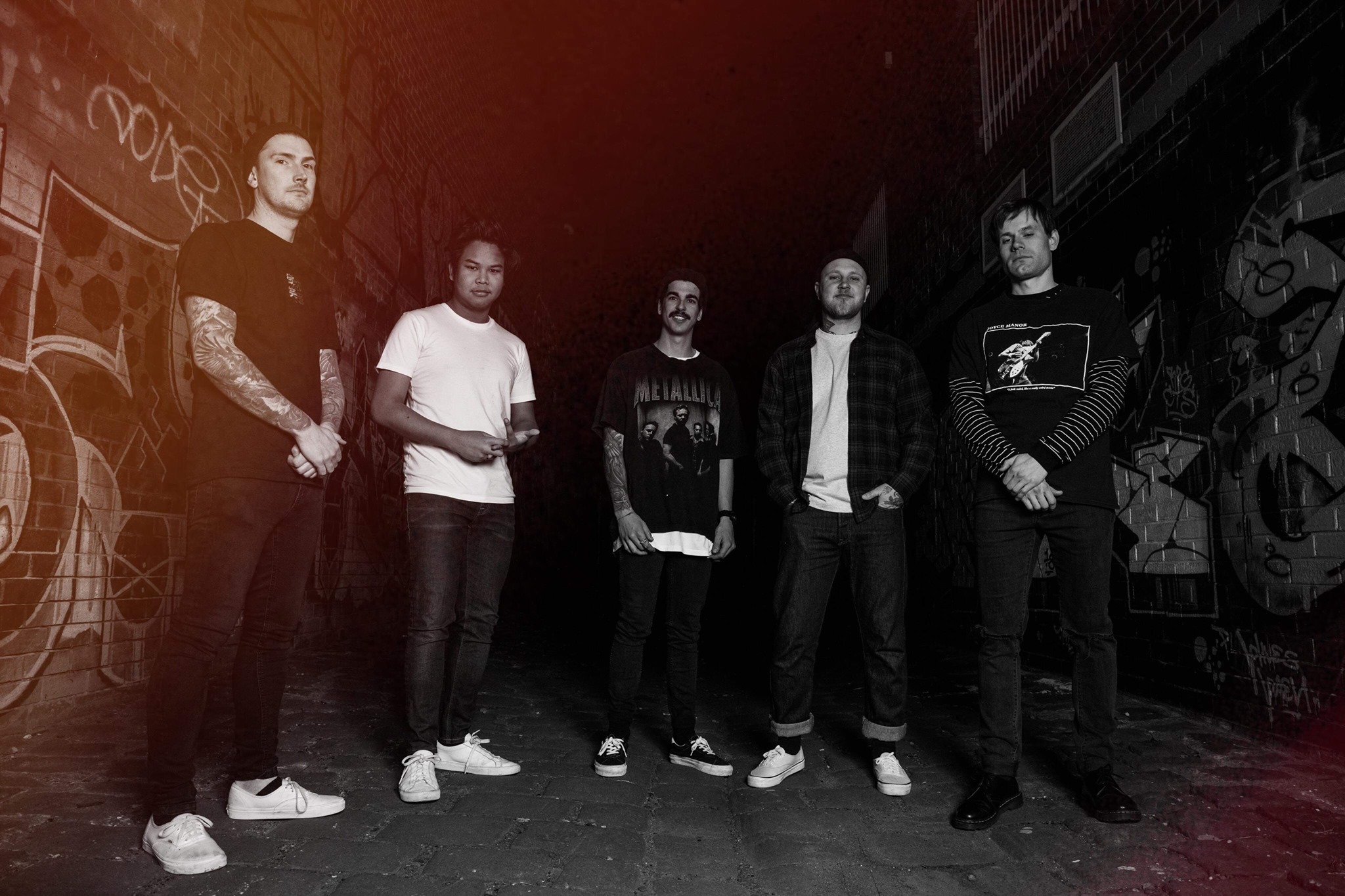 The Australian punk scene is in for some great things this year as Melbourne’s very own Bad Juju continues to release some powerful, emotion-fuelled tracks. Their latest single ‘Disappoint’ (release 20/5/2020) stays true to their style and themes of strong bonds of friendship. It addresses what is felt in the aftermath of losing a close friend to the harsh realities of compromised mental health.

I was fortunate enough to have the pleasure of speaking with lead vocalist Russell Holland. Here is what he had to say:

Basically, we’re really big advocates for looking after yourself and the people around you, mental health, helping out each other, making it fine to talk about with each other. It should be something we can talk about openly to each other rather than hiding it to ourselves and letting it eat you up inside. That’s probably a common theme across all our releases so far.

[We] kind of started out not knowing what we were going to be like to be honest. Kind of like we never expected to tour or anything like that. We just started out as a project to put out some music and some people liked it. And we kept learning about what we could do with it.

We’ve got a couple of different members since the first EP. We’ve got a new bass player and a new drummer. So, we’ve brought in their influences into the team. We’ve got Matt on bass and Drew on drums now. Matt also writes a lot of guitar, so he helps with our song writing and that’s really been handy. Now we’ve got three pretty good guitarists that can write songs so that’s definitely made it handy in the writing process.

We pretty much all work together. One of us might start a song and get halfway, and then somebody else will jump in to finish it, and then the third guy will add his flavour on it. So, it definitely changes it up and brings a new feel to the music for sure.

We wanted to make songs for people who have been impacted by somebody else’s mental health, I guess, in a way of trying to help them get through it. Also, if you’ve lost someone from a mental health issue and you want to remember them in a positive light. And kind of continuing their dreams as well. The lyric ‘I don’t want to disappoint you, I’m holding all the guilt and the grief’ is kind of about feeling a little bit of guilt about the person leaving due to metal health, and that you couldn’t save them. Which is a hard thing that never goes away. We were making music, my friend and I, I just want to continue the dream that we had together and make something that he would be proud of.

We wanted to try and do something a little bit different. We’re really into the rock theme artwork – Queens of the Stoneage, bands like DZ Deathrays but also like old metal and horror artwork. We are kind of blending that and trying to make something fun and eye catching but at the same time having a darker side to it. I think it’s a fun way of making that dark imagery look cool. We will probably continue the theme in future stuff as well. It will kind of all link together in the end.

Definitely going to release more music, so be on the look-out for that. Hopefully after all the Covid stuff goes away, we can play some shows.

We recorded all this stuff ages ago. We’ve really built up a big library of songs and ended up choosing to release this one first – second I should say. It’s just been a long time between the two.

We’re hoping by the time we release all the stuff that we’ve got banked we’ll be able to do a big show at the end of it. But, just gotta see what happens, I guess. It’s a bit of a weird time in the music world.

We hang out on zoom just discussing what we’re going to do. The guys have been writing heaps of songs. They’ve been super productive because there’s not much else to do on the weekend. It’s been good in the sense of not being distracted and being able to concentrate on writing some new tracks. So, we will have a bunch of content banked up again so we can hopefully not have a long period of time before we release more music.

The energy between the band and the crowd. Having a good time. The crowds’ reactions to songs, especially when people know the words. It feels really good to me and I’m sure the guys love it when they see people jumping around. Like everyone says, there’s not much in music if isn’t for people reacting to it. I guess the energy is what we’re there for.

Big thanks to Russell for taking time to chat with us, you can check out more from Bad Juju on Instagram and Facebook.

ALBUM OF THE WEEK – Benediction – Transcend The Rubicon (1993)