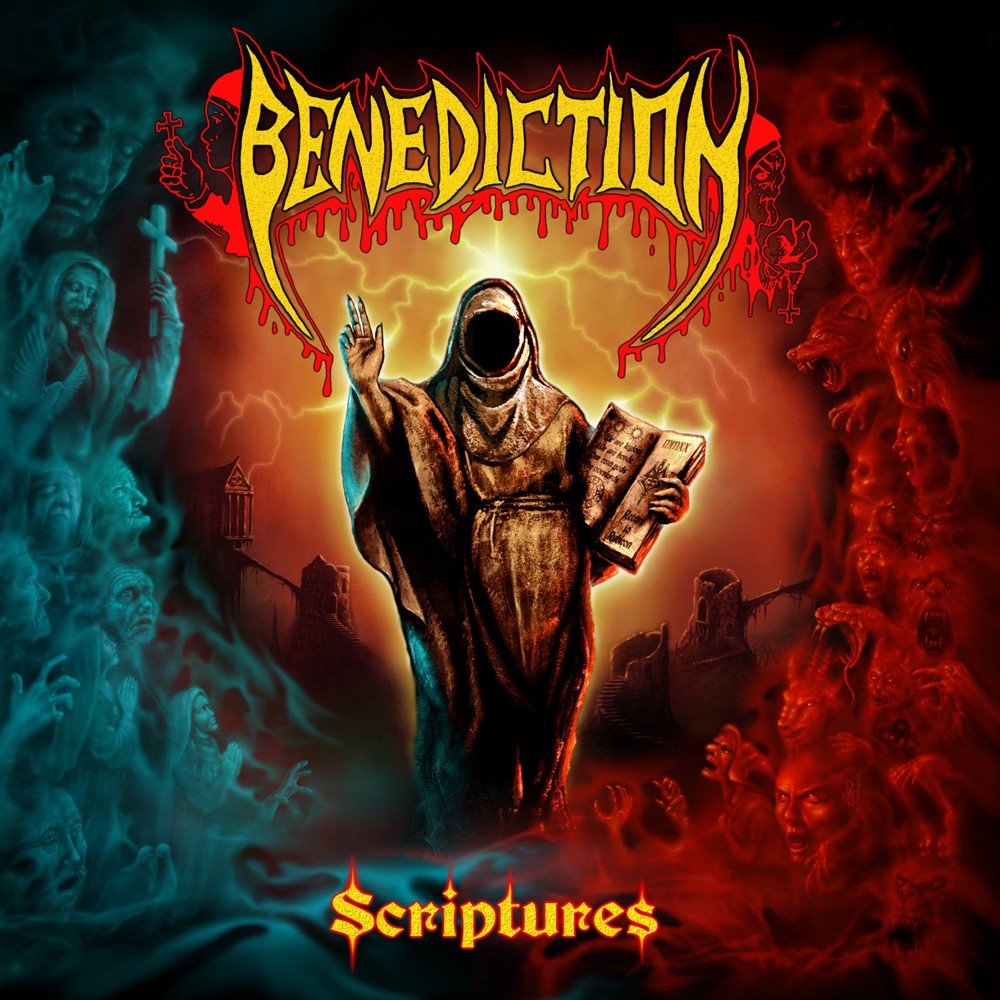 Legendary death metal band BENEDICTION have announced the release of their new album ‘Scriptures‘. This is BENEDICTION’s 8th studio album and comes 12 years after their last release Killing Music in 2008. Scriptures is filled with the classic Benediction sound and harks back to the days of their 1993 album Transcend The Rubicon.

The announcement is accompanied by the lead single and video ‘Rabid Carnality‘. Check out the video below, pre-order Scriptures here and stay up to date with BENEDICTION on social media.

You can check out more from BENEDICTION on the official Nuclear Blast YouTube channel.