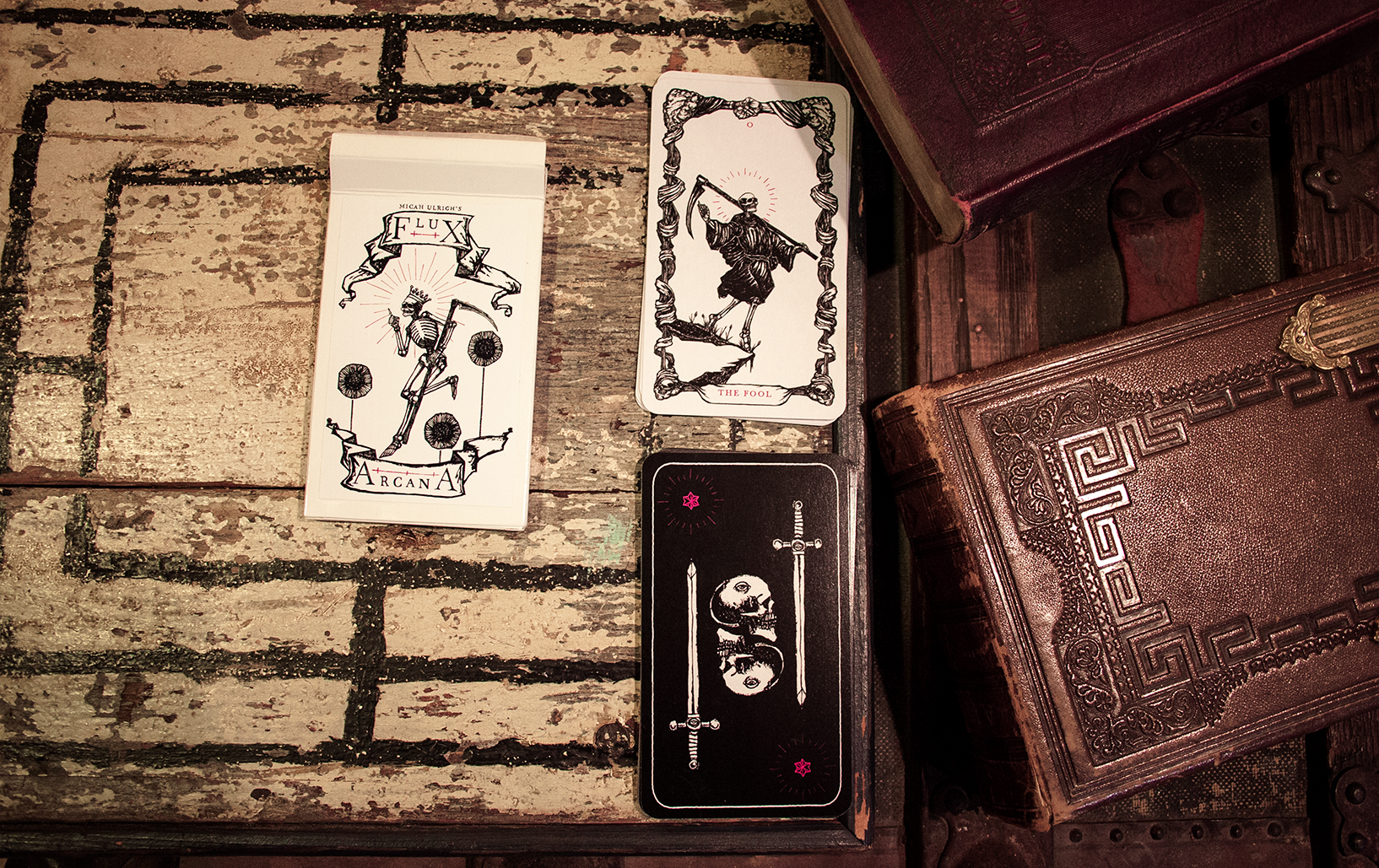 Everyday Metal recently got the opportunity to chat with Detroit based illustrator, designer and wolf wrestler, Micah Ulrich. Micah grew up in a small town outside of Detroit but spent many weekends hanging out in the Detroit music scene. Growing up in a super artistic family meant Micah developed an interest in drawing early on but at 16 was able to take the discipline more seriously and even went on to attend the Detroit Institute of Arts.

Detroit has such a rich history of industry and artistic culture which has definitely influenced who Micah is, not only as a person but as an artist.

“Detroit is a melting pot of culture, and produces some absolutely incredible talent. There are so many wonderful, creative people here, and the city itself is absolutely beautiful. It has everything from Victorian mansions to gorgeous contemporary architecture, and I try to incorporate that contrast into my artwork. I’m surrounded by fantastic artists here that I’m grateful for, and they help inspire everything I do, and keep me going.” 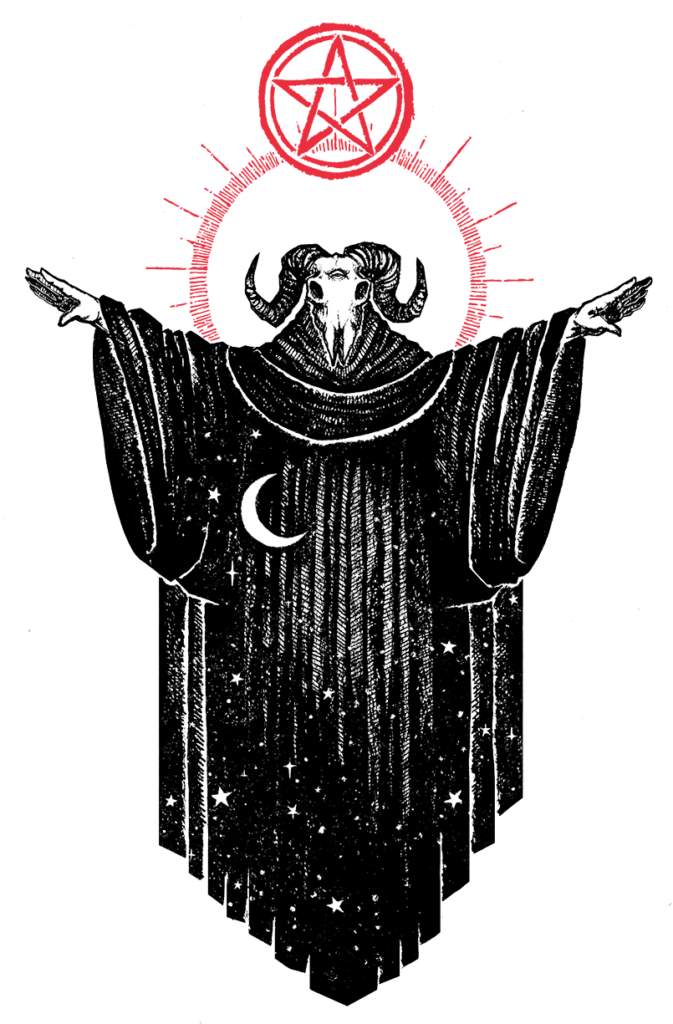 Micah’s style has been described as having themes tied with the Illuminati and the occult. We found out that Micah instantly fell in love with the occult after reading up on magic and the esoteric while at art school so was then inspired to incorporate the themes into art.

Micah recently created a series called the “The Flux Arcana – The Major Arcana” and we were keen to understand the inspiration behind this concept.

“I really wanted to create something super different than what a lot of other artists were doing! Tarot’s use in the occult had always fascinated me, and I wanted to make a set that was radically different than any other.” 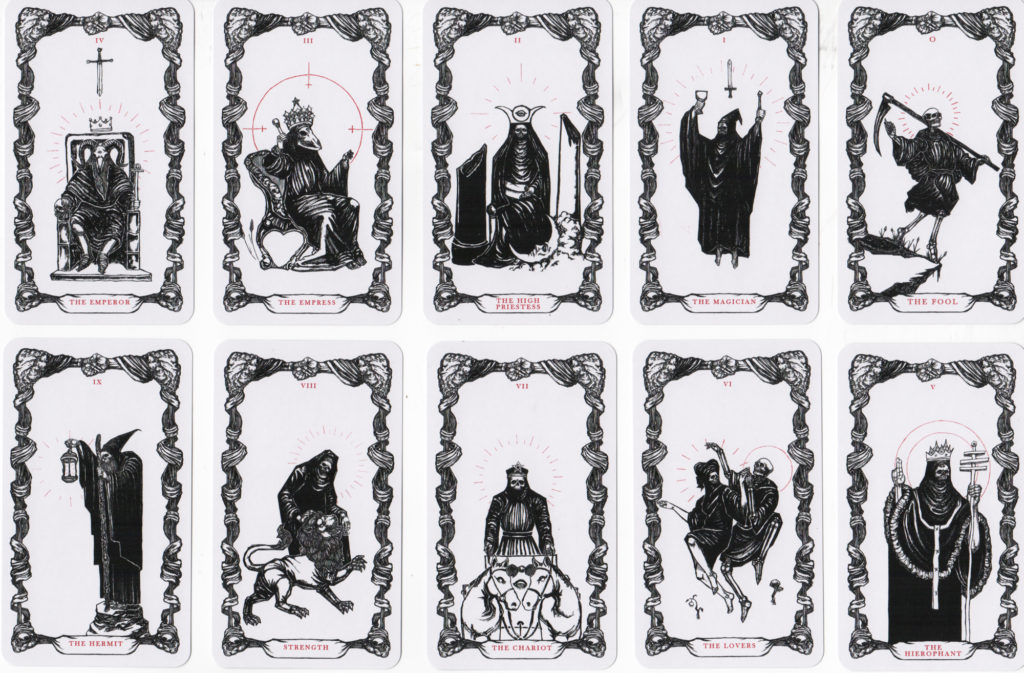 The Major Arcana is now available to purchase and The Minor Arcana, which is currently in development, will complete the set. But Micah will continue to play off this series and has told us that a related series in the works, a set of playing cards inspired by the Arcana.

A lot of Heavy Metal fans are drawn to Micah’s art due to its dark undertones and ties to the occult and so it’s no surprise that Micah also enjoys a ton of metal.

“I listen to a ton of stuff by Gojira, Mastodon, Blind Guardian, Alestorm, and Nekrogoblikon! There’s a ton more, but the list would never end.”

Looking at the piece “The Fool” (featured below) the description explains it was inspired by one year as a full-time artist. Micah describes to us what was it like taking the leap from a paying job to becoming a professional artist.

“It was pretty intimidating at first! I’d been doing art as a side-gig for a long time, but I was leaving a guaranteed paycheck for essentially a shot in the dark. It was the best decision of my life.” 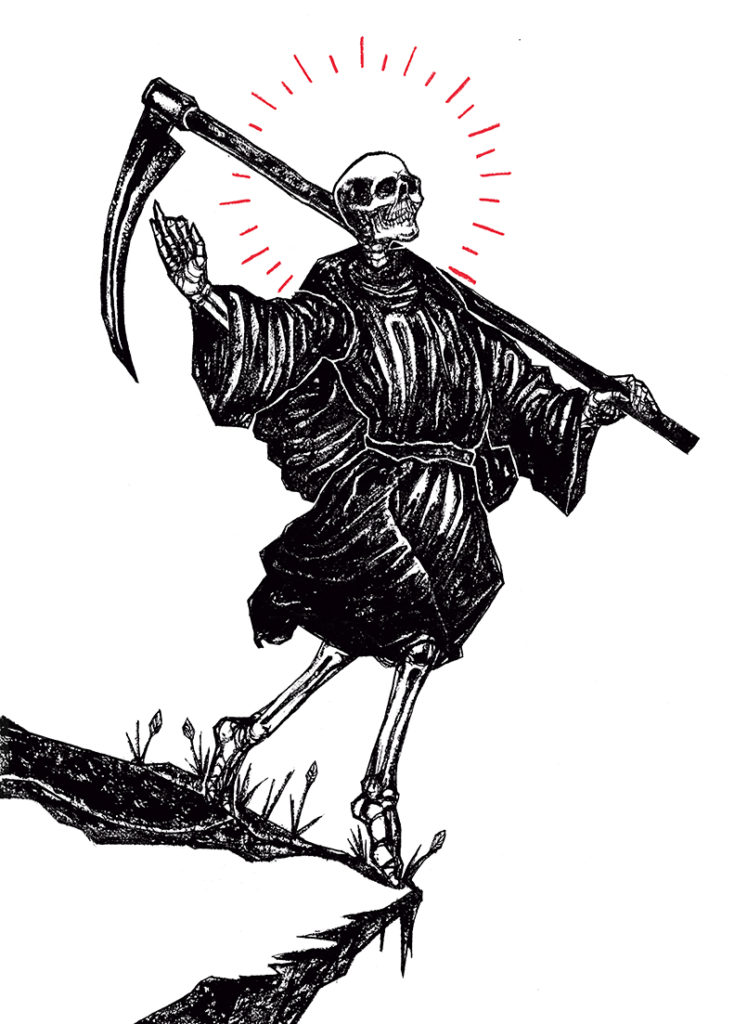 There will be more to come from this amazing artist, Micah is working on a few art books, some new illustrative series and will also be working on some collaborations. Micah has been gaining some attention on social media and developing a dedicated following and Micah is overjoyed by the response from fans.

“I have no words for how wonderful it is to see people enjoy the stuff I do! I mostly make my stuff to share it, so it’s incredibly flattering to see people react the way they do to what I make!”

JAY WEINBERG: A Look Back at Slipknot’s “.5: The Gray Chapter”