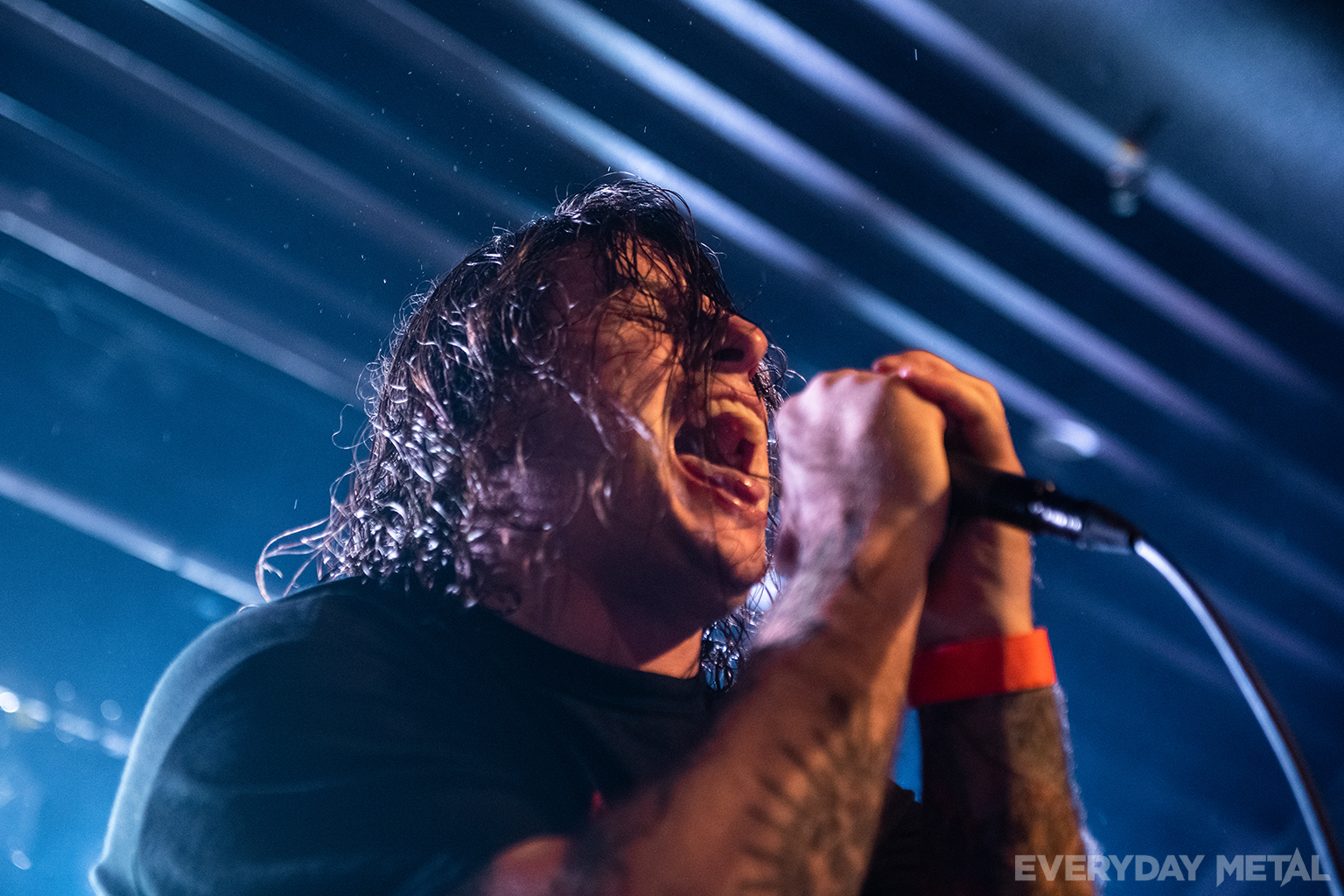 On Friday the 9th of July, King Parrot kicked off their 10 Year Anniversary Tour at Maxx Watts in their hometown of Melbourne. This gargantuan tour will head all around Australia stretching all the way until December later this year. Considering it has been a while since EM have had the privilege of seeing KP in the flesh at a live gig (almost forgot what these were) we were more than stoked for a night out of great metal, so the 5 band line up headlined by the now metal veterans King Parrot definitely helped in making up for some lost time. Special guests for the night included Nicolas Cage Fighter, Womb To Tomb, Hidden Intent, and Choof.
This ragtag line-up of bogan metalheads all helped in creating a ‘no shirt, no shoes, no worries’ kinda vibe for the evening.

Opening act Choof, the 4 piece grind from hell, successfully warmed up our eardrums with a mix of grind, thrash and groovy sludge.

Hidden Intent, a 3 piece band from Adelaide gave us a face-full of old school thrash metal vibes, some fat and tasty guitar solos.

Next up was Womb To Tomb, birthed out of Frankston and featuring Matt Rizzo on drums (former member of King Parrot). With their super energetic lead vocalist and extreme metal and thrashy instrumentals, the crowd got thoroughly pumped.

Nicolas Cage Fighter were the last support act for the night, and apart from a solidly awesome band name, this band from Ballarat also brought with them a kick-ass set of solid metalcore. The crowd really started to get back into the swing of things and got themselves ready for the main event.

Finally, King Parrot arrived and launched straight into their classic on-stage trash banter and clown-like antics which although they are well known for, also back themselves with a huge sound that boasts a technical proficiency of a band with more than 10 years’ experience. Although their drummer Toddy couldn’t be there, they still gave it their all and gave the audience a show they could really get involved in and remember for years to come. In an impressive feat, Youngy got the entire audience to shut the fuck up while Ari “Mr White” on guitar cracked open a can of beer into the lead mic making a surprisingly crisp psssscht sound in honour of the band member that couldn’t join them on stage.

10 years is a tremendous milestone for a metal band and they marked it with an incredible night that left us all sore and satisfied.

Massive thanks to lads in KING PARROT and for having us and a special shout out to the good people at Cult Etiquette.

Check out the rest of the tour dates here and stay up to date with the bands on their respective social media.