1999, Nu Metal was reaching its peak. It seemed like every day a new band was coming out trying to ride the coat tails of Korn, Soul Fly, Deftones and Limp Bizkit.

Static-X appeared on the scene with their Debut record “Wisconsin Death Trip”, this however was not a Nu Metal album, it was much more industrial, featuring electronic intros and riffs with machine link precision. 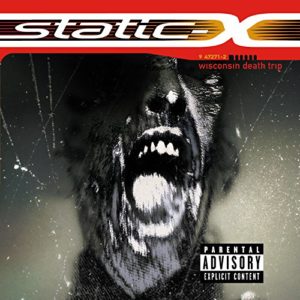 Catchy songs like “push It” and “I’m with stupid” caught the ear of metal fans all over the world and pushed this band to the forefront of the scene.

It wasn’t long before Static-X were supporting bands like Korn and headlining their own shows soon after.

Static-X would go on to release a total of 6 Studio album before the passing of lead singer Wayne in 2014.