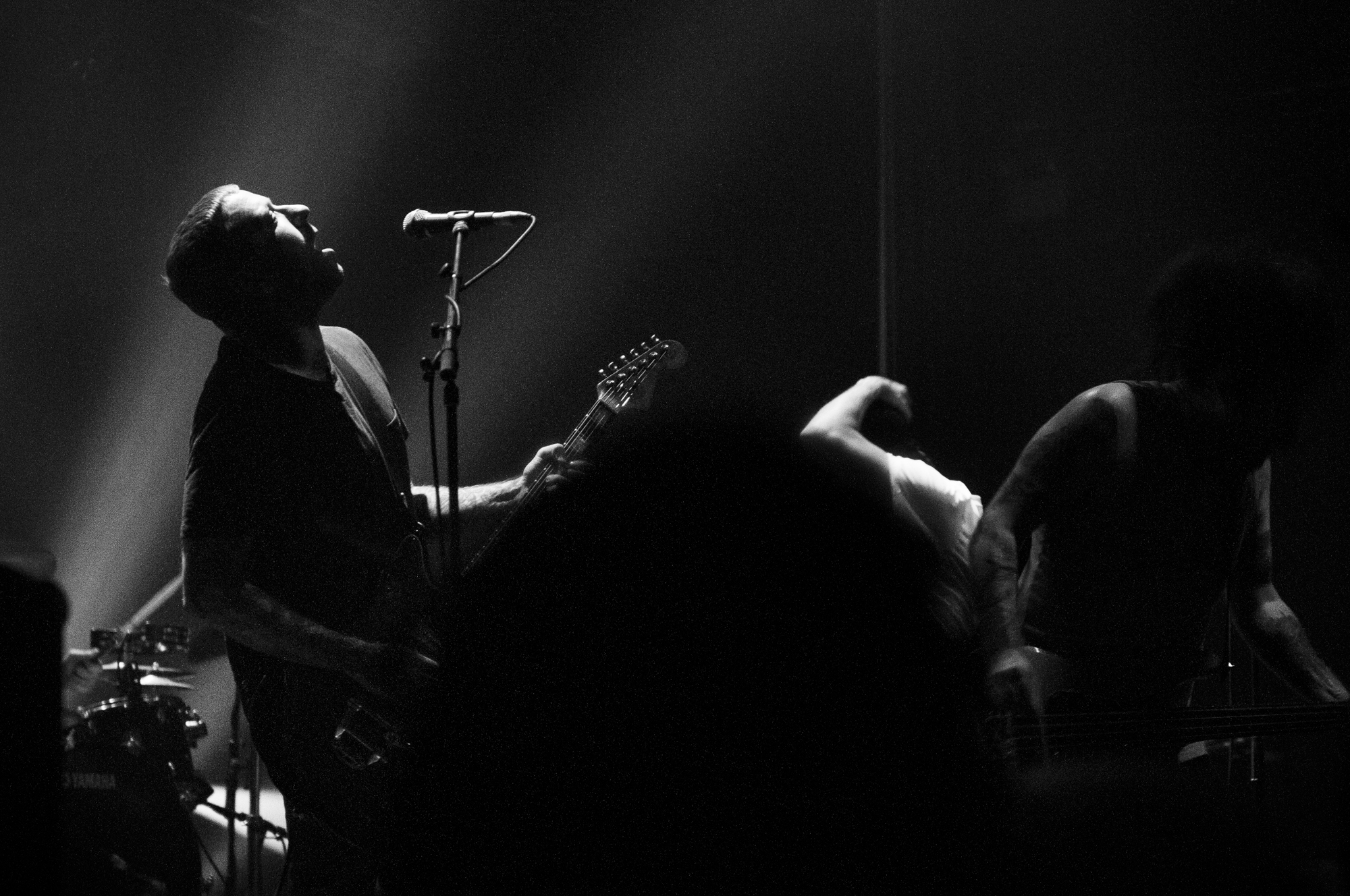 Its been a while between drinks for Canadian post-hardcore legends Alexisonfire (AOF). The band released their last original music in 2010 when they dropped the tasty ‘Dogs Blood’ EP before parting ways in 2012.

Since that time AOF have teased fans with the possibility of reformation and new music – a prime example for Australian fans being their set at UNIFY Festival in 2017. The band have recently teased us further on 2 February with cryptic tweets, nondescript images on their social media and a teaser containing the phrase ‘Familiar Drugs’. Well it has become apparent that teaser was for a new song by the same name.

The song, produced by the band and long time friend Karl Bareham (also known from City and Colour) casts the Canadian outfit back to something reminiscent of the ‘Old Crows / Young Cardinals’ album with old school rock riffs and a healthy balance of cleans and growls from Dallas Green and George Pettit.

During a recent interview with Pettit stated ‘Familiar Drugs’ “is about recognising you need to make a change in your life, being presented with the opportunity make that change, and then choosing to do the same thing you always do. It’s about something very specific to me but it can be taken literally or interpreted in any number of ways. Most people have something in their lives they can’t quit: substances, unhealthy relationships, lethargy, self righteousness, a job they hate. ‘Familiar Drugs’ is about choosing comfort over self betterment.”

Check out the song below. Let’s hope this is something that leads to another AOF album! For the diehards, head over to 24Hundred to pick up the single on vinyl.