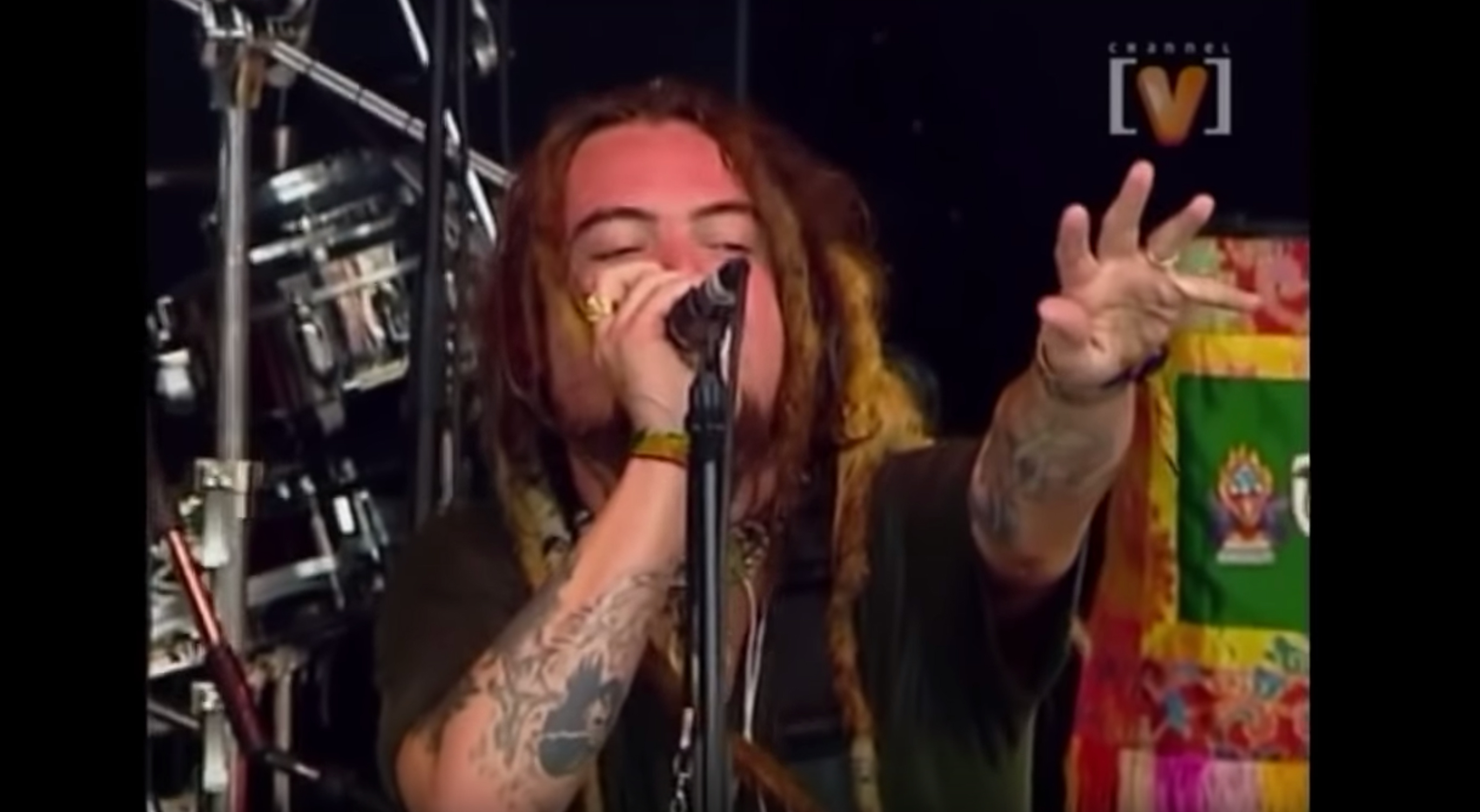 This week we are jumping back to the 1999 Big Day Out in Sydney Australia. This was the return of the Big Day Out festival after a one-year hiatus. Even though it was a sweltering day in Sydney (35ºc / 95ºf) attendance numbers were in the thousands. SOULFLY was touring their self-titled album for the first time in Australia and fans were happy to brave the heat to see them live (myself included). Nu-metal was at its peak and Soulfly’s single “BLEED” was getting heavy rotation on local radio. BLEED featured a guest spot from Limp Bizkit‘s Fred Durst, with Durst not being able to make the tour, vocal duties went to Chris Rand of local band SEGRESSION.