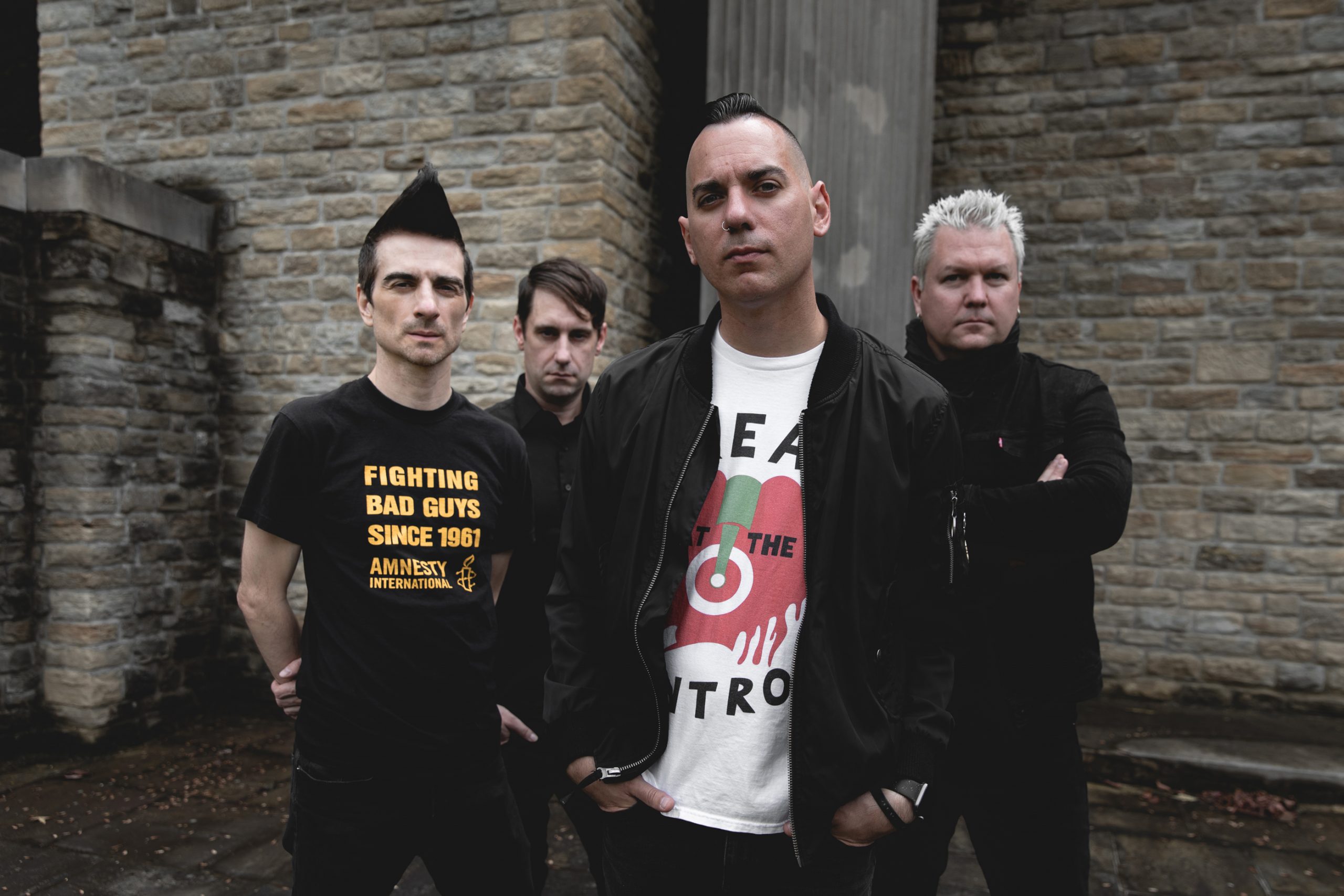 With the release of their new record “20/20 Vision” looming, socially conscious punk rockers ANTI-FLAG have dropped their latest single and video “The Disease“.

“‘The Disease’ is an interesting song for us lyrically. We’re actively trying to use verbiage and the language of the powerful to describe our commonality. Our usual approach would have us calling out social inequity in our own terms, but for this song we chose to take ownership of their words.

In a moment of the largest wealth divide in history, these people do see the poor as a disease, a plague on their society. The neoliberalism and globalization that has led us here is causing people to see their neighbors, immigrants, refugees as their enemies and has propped up false populists to power. Donald Trump, Boris Johnson, the AFD, these people are not anti-establishment, they’re millionaires and billionaires who have so little in common with real people.

As we face another chapter in the endless war, politicians send the poor, young men and women to fight, kill, and die as cannon fodder for their war based economies. This song is a call to have soldiers all over the globe, lay down their weapons. Refuse to fight in unjust wars for corporate greed. To see that at this moment we have far more in common with the people of Iran than we do the perpetrators of the propaganda that they are our enemies.

‘We are the roll call, of the pursuit.'” – bassist/vocalist Chris#2

20/20 Vision is out January 17th via Spinefarm Records, get your pre-orders here.

Check out the new video below and stay up to date with ANTI- FLAG on social media.

THY ART IS MURDER – Purest Strain Of Grape

ALBUM OF THE WEEK – Benediction – Transcend The Rubicon (1993)