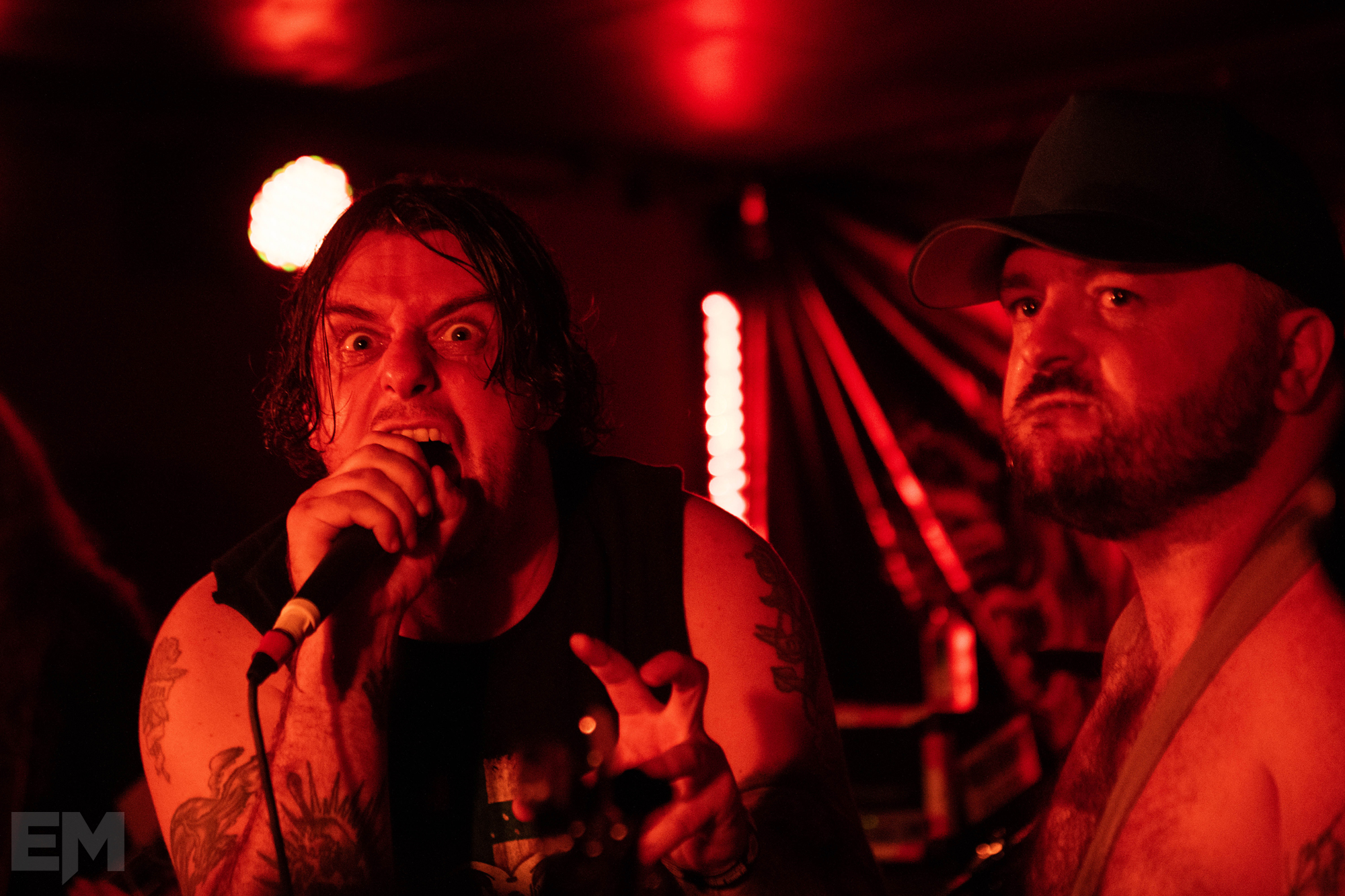 To celebrate the 8 year anniversary of their album Bite Your Head Off, King Parrot released a Special Edition 8 Year Anniversary Reissue Vinyl and put together a night of gut-punching performances for their dedicated local fans at the intimate and grungy Collingwood venue, the Bendigo Hotel.

Abu Ghraib was the first up to entertain the keen punters, and always being early to every gig we go to, Everyday Metal was up at the front to take photos and watch the crowd being whipped into a frenzy. This was my first experience watching Abu Ghraib perform and I can safely say that I am now a fan. Describing themselves as Torture Death Grind, this 3 piece band offers some surprisingly full and brutal sounds with messy noise that was expertly contained in tightly coiled mayhem. I was completely mesmerized by the drummer’s speed, trying to focus on his sticks was like trying to focus on a hummingbird’s wings in flight, just a blur of majestic awesomeness. The second last song that played went for like 1 second and one clown from the audience hollowed ‘FASTER’ at the band, and with a smile the lead singer let us know that the last song would be plenty fast. Which it was, fast and hard.

Up next was Burn The Hostages who we first saw when they opened for Eyehategod last year at Max Watts. They always start off really slow and sludgy before they build to some speedier songs. I love their punk edge but I find their sludgy sound to be particularly cathartic, and I sensed that the rest of the room felt the same way as the crowd banged their heads in unison to the thunking guitars, the deep drumming and the screaming vocals that filled our ears with audible molasses.

King Parrot fans make for the best crowd, so friendly and all smiles and chilled vibes until it all kicks off and they go mental. I snuck through the tiny gaps to get to the front once King Parrot finally started their set, but it wasn’t easy. We were all packed in like sardines, it was the busiest I had ever seen this venue. Straight off the bat, the hardcore fans that were at the front spilled over onto the stage, banging their heads with such vigor that they collectively kept shifting the amps closer to the band, Youngy had to shove the amp back a few times to keep the fans from completely taking over the stage. They had only got through one song before the mosh was already out of control and Youngy grunted into the mic ‘Ah, it’s gonna be one of these fucking nights!’, and he was not wrong. Pints flew out of people’s hands creating drippy stalactites on the ceiling, shirts were off and crowd surfers were lifted high in the air. A good time was had by all, if you weren’t there – you missed out!

THY ART IS MURDER – Purest Strain Of Grape