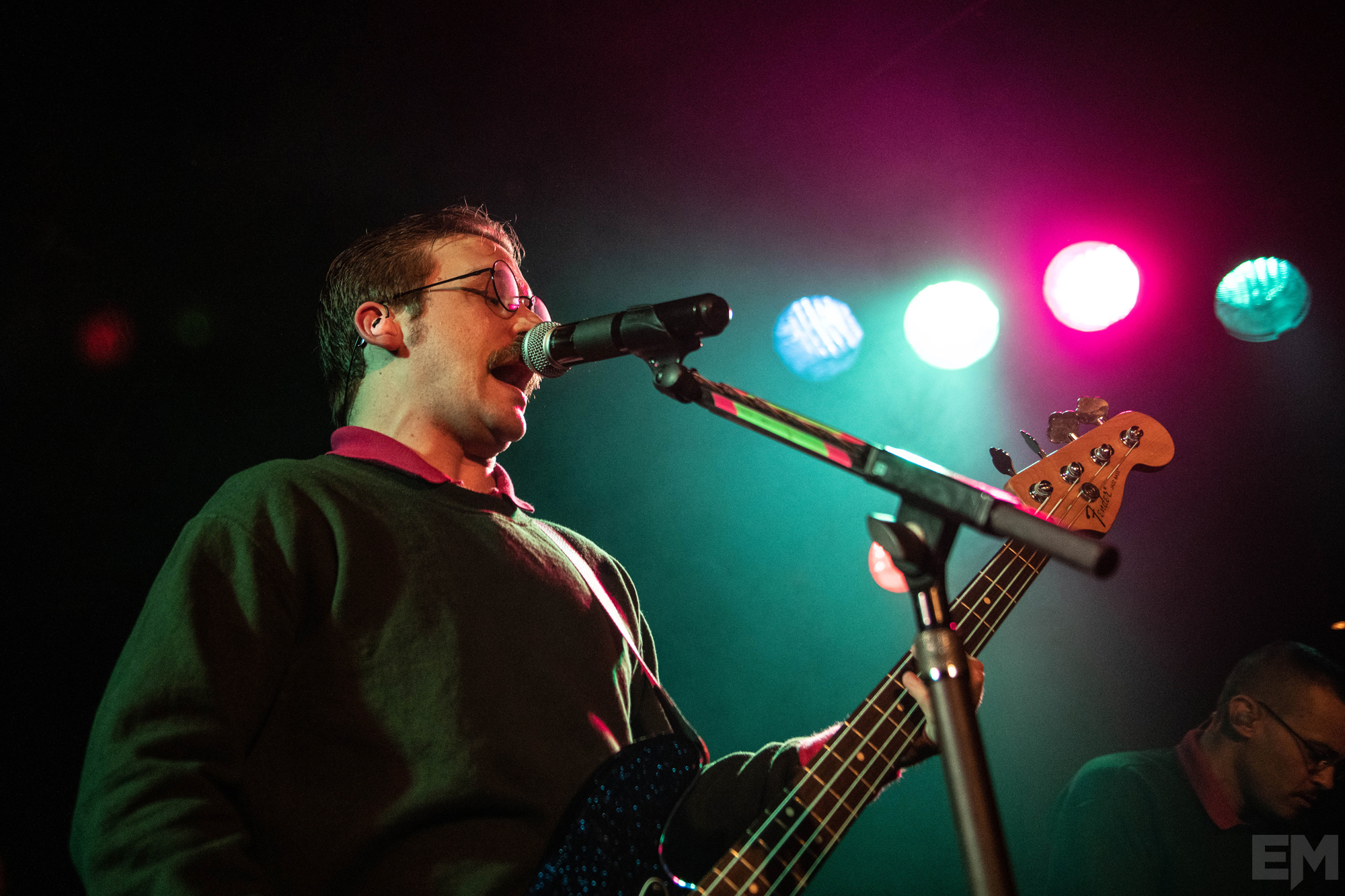 Get out the Crayolas and colour me tickled pink! We finally got to see the infamous Ned Flanders themed death metal band Okilly Dokilly on their first ever Australian tour and it was even more fun than having someone zinc your sniffer! Our resident photographer Mitch and I headed out to The Corner Hotel in Richmond to a band room that was slowly being filled with a diverse mix of Simpsons fans, metal fans and the nerdlingers that fell comfortably in the middle of that Venn Diagram, the metal nerd fans. The crowd was dressed to impress with many wearing Ned friendly attire, some rocking Mr Sparkle tees and a few ladies with hair so blue it would make Marge Simpson jealous.

I found a spot for myself in front of the bar at the far end, got myself a cola (which was a bit thick but the price was right), and waited for the support band to start. I donut know if you’ve heard of them, but the band supporting Okilly Dokilly for the tour was Melbourne’s own Simpsons themed doom rock band, Dr Colossus! The room went dark and some ominous figures dressed in Stonecutter style robes walked out into the crowd single file in a very ritualistic fashion. They made their way on to the stage and launched into their set of obscure Simpsons references mashed with doom rock metal and spliced with sampled recordings from the famed cartoon sitcom. I noticed that most of the crowd were already fans and followers of Dr Colossus, but even the greenhorns nodded their heads like they were saying yes to every beat, yes, yes, yes, this rocks! Others switched it up, shook their heads like, no, no, no, don’t stop the rocking! After the first song, and a cool glass of turnip juice, the band played a track dedicated to Otto called ‘Holy Driver’ followed by the sing-a-long track ‘It’s Still Good’. But it was when they played ‘Stupid Sexy Flanders’ from their 2016 compilation Death Mountain Collection, that the crowd went wild as none other than Head Ned himself, the frontman from Okilly Dokilly came out onto the stage to draw us in with the beautiful siren song (that was very disturbing). The last song for the set ‘Excellent’ was lovingly dedicated to the bands late drummer who passed away in 2017.

As the crowd grew restless between the sets they began to chant ‘Flaaaaaaaande-errrrrrrrs…… Flaaaaaaaande-errrrrrs’, but we did not have to wait long for the reneducation to begin! Four steady Neddys graced the stage adorned with pretty nifty cookie dusters and nose neighbors,  while Head Ned greeted us all warmly ‘‘Hi diddly ho neighborinos!’, that voice, oh my god, that voice! He practically was the incarnation of Nedward Flanders Jr a.k.a Old Painty Can Ned. We then received an onslaught of masterful metal and funky synth notes through the tracks When the Comet Gets Here, You’re a Jerk and what Head Ned quipped as their number one least requested song ‘Vegetables’ which was such a treat to see being performed live. The crowd loved it too with everybody in the mosh kicking and screaming! There was even a guy in a full Ned face mask and giant yellow foam finger thrashing to every beat. Although the band were pretty gosh darn disappointed that no one in Australia had challenged them to play knifey spooney or that they hadn’t seen any Chazwazzas, they were however satisfied that no one had disparaged the ‘Boot’ flag that hung as their backdrop as that, as Head Ned put it ‘would have been a bootable offense!’.

The set continued with a mix of old and new tracks, Slaughterhouse, All That Is Left and Purple Drapes and with a thanks to the Band Member of the Week ‘this inanimate carbon rod’ which was held up and hurled into the audience ‘Thank you little doodle!’, they played one more tune, Donut Hell. To test the effectiveness of the Reneducation, the band offered up to the mosh a giant inflatable donut to destroy. Once it landed in the crowd it was gone, gone-diddily-on.

Okilly Dokilly must have felt a great sadness in their bosom as they returned to the stage with their new neighborinos Dr Colossus to take a photo of the momentous last night of the tour. The band raised their glasses and toasted the night with a White Wine Spritzer, Spritzer, Spritzer. Head Ned then slipped off stage to change into a very snug and revealing outfit that looked like he was wearing Nothing at All, nothing at all, nothing at all!

I can tell you that nothing about the performance was pre-diddly-ictable and I think Okilly Dokilly did their best shodaiddily iddily diddily to give us a memorable night, I’m not just being nice, hostidididildilidilly. They are excellent neighbor-eenos that rock out like a son of a diddly, and sure are fun to watch. Mmm! Satisfying! If you don’t agree,  I’m gonna run you down with my car.