Back in 2014 a relatively unknown Perth band released a huge debut album ‘Of Bane, Burden & Change’ (OBBC), which melds heavy riffs and brutal breakdowns with that of the most atmospheric of guitars. The band was Surroundings and the album was a personal favourite of mine that still gets a solid rotation to this day. I still question why this album didn’t set this band on fire – it’s an unbelievably solid album and would arguably sit well on a number of Australian record label rosters.

You may have noticed that I said the debut album came out in 2014. That is not a typo! We have had to wait FIVE solid years for this band to release their second full length album. It’s certainly been a long wait with the band spoon-feeding fans a few singles over the last few years, but it’s finally here – the sophomore album, ‘Glass Heart’.

The melodic-metalcore collective open ‘Glass Heart’ exactly how OBBC left off – with fast and bouncy riffs. ‘Clarity, Decay’ is a perfect introduction to the Perth quintet and sets the album off in a dark direction lyrically with the song exploring the loss of a loved one as it reminisces those final moments.

It’s within the next two tracks where we see the band truly shine. Lead single ‘Paper Cranes’ gives the listener the first taste of Surroundings’ refined sound which mixes classic metalcore and big melodic hooks with just a hint of clean singing through each chorus. Backing it up with album standout ‘Chronesthesia’ we see an even greater emphasis on the hooks and soaring choruses when lead singer Nick Roberts challenges the listener to get out of their armchair and go for what they really want in life.

I was continually impressed by the growth in Roberts’ vocals. It’s songs like the above mentioned and clean singing tracks like ‘The River’s Edge’ and ‘March’ that show off Roberts’ impressive register and it indicates the mammoth amount of work that he has put in to deliver such an excellent performance throughout the album. It will be interesting to see how this translates to the stage as there are a few tracks that will be challenging to execute in a live setting.

The album closes with a monster track named after the album itself. The track carries some ultra heavy riffs guaranteed to get any crowd moving and it finishes with an epic outro of layered guitars, fast double kicks and vocals that fill the listener’s ears with a wall of sound. Heavy themes continue as this track addresses the negativity that people throw at you and how you deal with it which reinforces the importance of supporting those around you, most importantly your family and friends.

One thing that did disappoint me on this album was the lack of an instrumental track. This may seem weird but on OBBC the instrumental track was so solid and it showed off the outstanding musical abilities of the band and the interplay between heavy and intricate guitar work of Drew and Leigh Kendall. Instrumentals also give a nice breather from the insanity and helps with the structure and flow of the album. Obviously not a huge negative in the grand scheme of things, however, I’d love to see more instrumentals from this band in the future.

Their sophomore effort Surroundings has reiterated how promising a band they are and I really hope that this album gets them the recognition that they deserve. Support Australian music, support Australian metal and get behind this band! 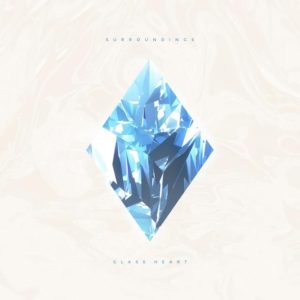