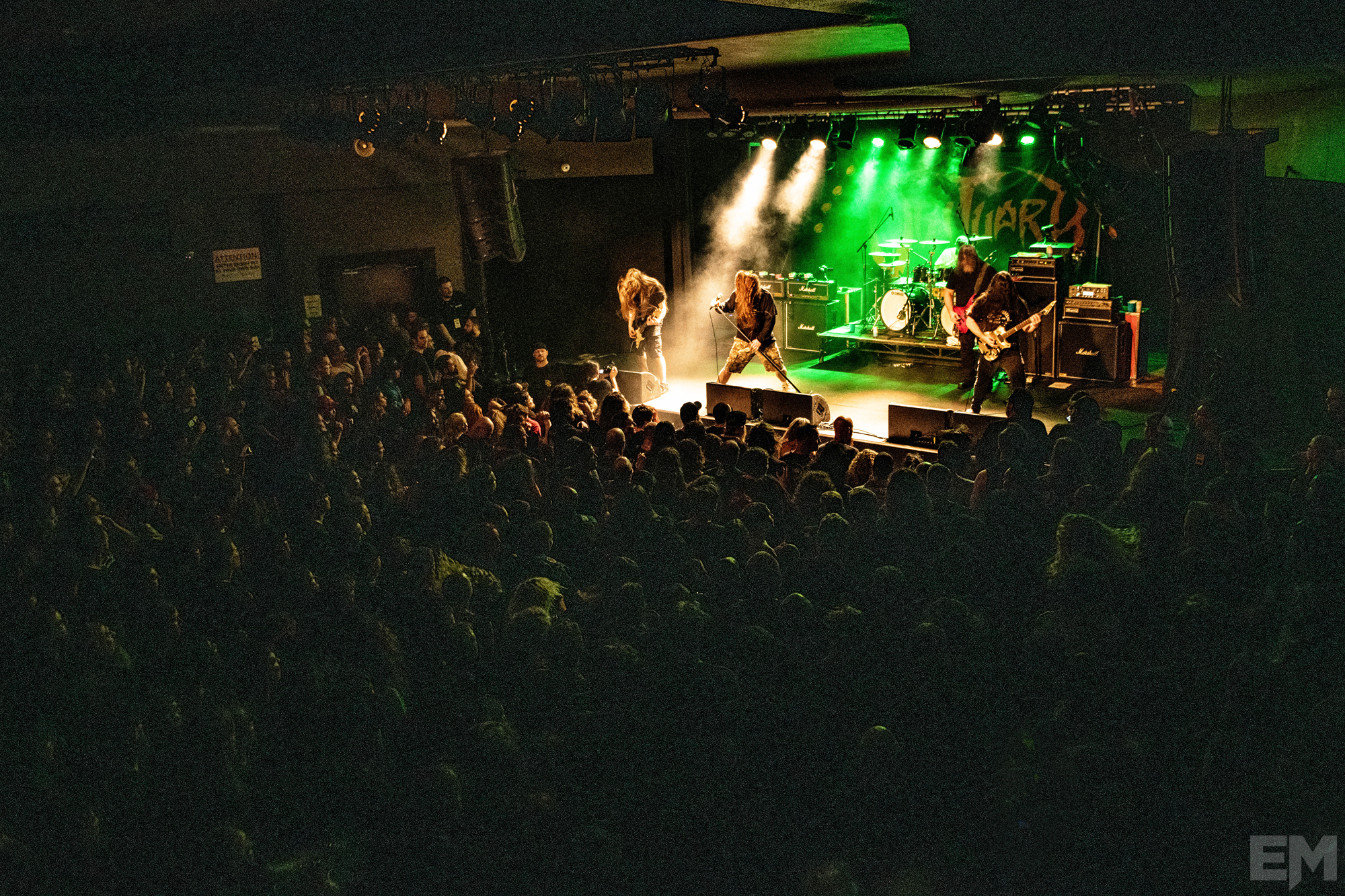 It was a balmy night in Melbourne’s CBD and a huge line had already formed down Swanston Street for the sold-out OBITUARY show at Max Watts. There was a lot of excited chatter from fans outside as this tour was in celebration of 30 years since Obituary’s legendary release ‘Cause Of Death‘.

Not long after doors opened, Australian grindcore supergroup REMAINS took to the stage with the lead singer sporting some pretty retro sunnies and gloves, looking like he was ready to hit the slopes of Mount Buller. The band is made up of members from several predominant heavy Australian bands which resulted in a seriously powerful sound. The band thanked the fans for being there early to check them out and expressed how stoked they were to be part of this line-up, then continued to blast the audience until their very last song.

The floor started to fill up even more as Singapore’s WORMROT began to set up. They completed their soundcheck and launched straight into their brutal grindcore. WORMROT is a three-piece band that produces an absolutely massive sound, partly due to their maniac of a drummer Vijesh who beats his kit so hard, techs were running on stage to tighten up his kit mid-song.

“We know Singapore is not that far away, but it still took us ten fucking years to get here!” Arif the lead vocalist yelled before he announced their next song Eternal Sunshine of the Spotless Grind. The band played with a face-melting ferocity that was extremely entertaining, and I highly recommend checking them out.

The venue was filled to capacity, both the floor and upper level were packed with fans chanting “OBIT-U-ARY”. A rolling roar came from the crowd as the band took to the stage and as they started ripping straight into their set. Lead singer John Tardy joined the band with a massive smile on his face and yelled, “Melbourne, here we go!”.

One of the things I love about veteran bands is that their songs are second nature to them, they effortlessly hit every note and shred guitar solos with total perfection. It is almost hard to believe that the record Cause of Death is 30 years old as the songs still sound fresh and relevant, especially when they are being blasted to a venue filled wall to wall with rabid fans.

OBITUARY are truly masters of their craft and put on one hell of a live show.

Special thanks to Soundworks Direct and Max Watts.

Keep up to date with the bands on social media: