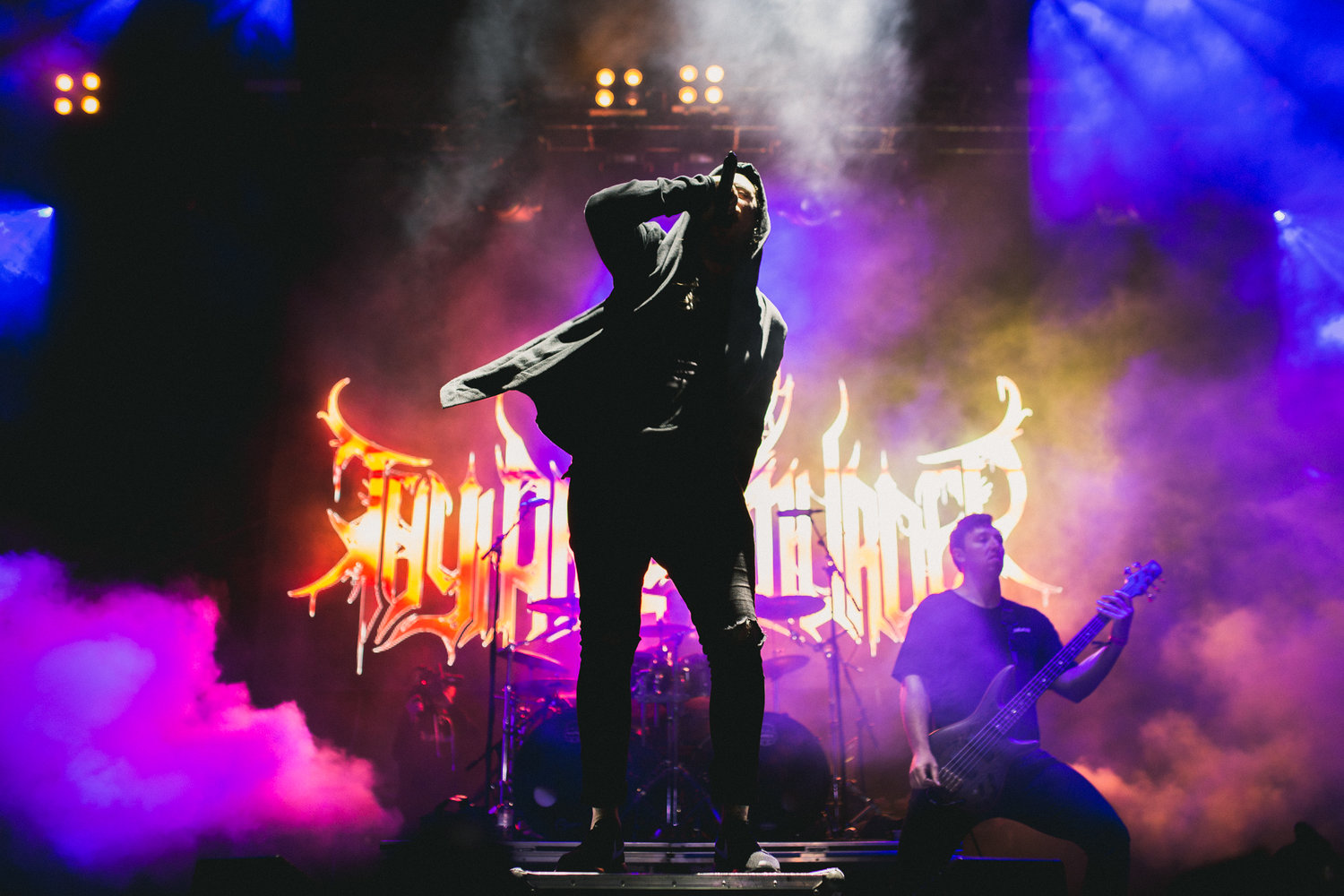 The Sydney death metal giants are back! Australia’s largest exports of hate, Thy Art Is Murder have finally announced their new album and released the title track, ‘Human Target’. After teasing fans for over a month, the band had their marketing efforts undone by an overseas merch outfit who released their pre-orders early, leaking the album name, artwork and track listing. In any case, last Thursday’s official announcement gave us the first new music from Thy Art Is Murder since their ‘Dear Desolation’ B Side, ‘Death Perception’ released late 2018.

Title track and opener on the album, ‘Human Target’ sets the fifth LP off in spectacular fashion. The track acts as a logical next step from ‘Dear Desolation’, seeing the five-piece band move further away from the ‘deathcore’ tag and closer to their death metal favourites, Behemoth. The track is full of fast-paced panicked riffs, breakdowns and tight drum work from the band’s newest member, Jesse Beahler (who you may recall filled in for the band during the ‘Depression Sessions’ recording). The track further showcases lead singer CJ McMahon’s growth in the vocals department with his growls even louder, more aggressive and most importantly with greater enunciation. The track has been neatly put together by the band’s long-time friend and producer, the almighty Will Putney.

“Human Target was the last song written for the album as I felt we lacked an opening track to set the mood and provide the impact for what was to come. Human organ harvesting had been brought to my attention as a serious matter that wasn’t receiving much coverage (or not enough for me to hear about it) and I thought the issue required more scrutiny and awareness. To distil the metaphors of proletariat subjugation down to the visceral injustice of taking away the engines of life, seemed to be a powerful atmosphere to open the record.”

A core concept of Thy Art Is Murder has always been to provoke thought and discussion on important social issues, often in the most visually shocking means possible (just look at the album artwork and clip from ‘Holy War’) and without the fear of consequences. It only takes one look at the track listing, which includes tracks like ‘Make America Hate Again’ and ‘Chemical Christ’, along with the insane artwork by Eliran Kantor (who also did the artwork for ‘Dear Desolation’) to show us that the band will be sure to continue to ruffle feathers.

Thy Art Is Murder will be taking their new track out for a test drive on the upcoming Australian headliner, ‘Life In The Crosshairs’. Get your tickets for these shows here.

To pre-order your copy of the latest hate filled sermon, due for release on 26 July 2019, Aussies can head to 24Hundred and the rest of the world, head to Nuclear Blast.

Keep up to date on Thy Art Is Murder’s Instagram