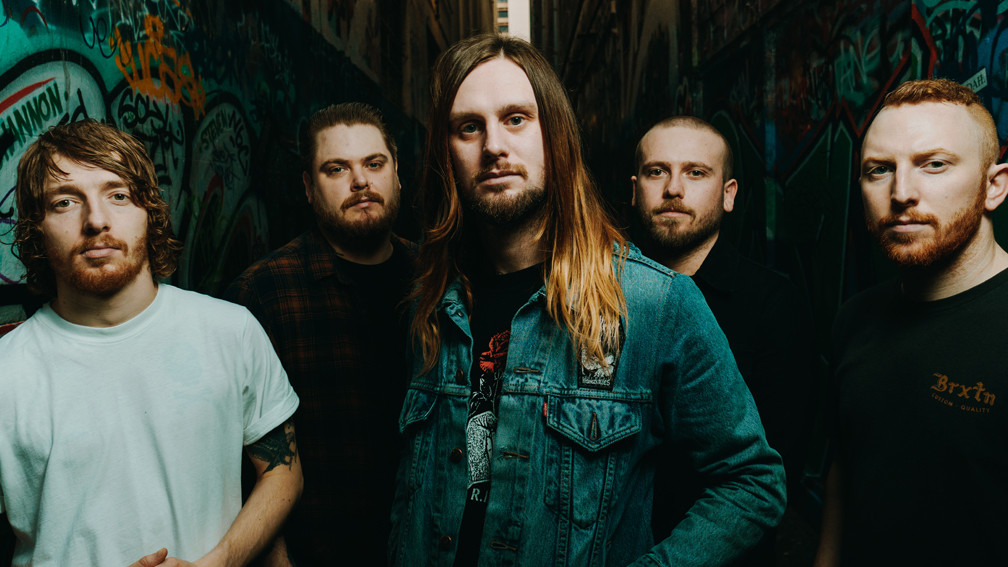 It doesn’t seem that long ago that Sheffield shred lords, While She Sleeps (WSS) cast the record label chains aside and announced that for their third LP, they’d go it alone in the big wide world.

In September 2016, the band announced that they would be going independent and opened their crowd-funding site that went to establishing a home base and studio allowing the five-piece to eat, sleep and breathe music. With that independence came a level of creative opportunity, but also pressure – pressure that created the musical diamond that is ‘You Are We’.

Released in 2017, ‘You Are We’, WSS took everything that had made them successful to date and turned it up to 11. Produced in house by the band, the eleven track LP sees the band melt your face off with brutal breakdowns, riffs at neck break speeds and solos upon solos upon solos.

Fast-forward to 2019 and the UK lads are back to work, this time partnering with Spinefarm Records as they release their new single ‘THE GUILTY PARTY’ from their upcoming album ‘SO WHAT?’ The track opens in a somewhat different manner with a simple keyboard loop soon to be accompanied by the softly sung drones of a female vocalist. It doesn’t take long until you get that WSS flavour with guitars kicking in with hard and fast riffs and your standard vocal sermon from lead singer, Loz Taylor and back up vocalist, Mat Welsh barking at you back and forth in quick succession. The track continually builds seeing the use of keys continue and the eerie vocal samples throughout culminating in huge bridges and breakdowns.

This song is certainly solid, but it just doesn’t seem to move the needle. At times ‘THE GUILTY PARTY’, if anything strikes me as a B Side from ‘You Are We’ with the band offering up little variation to their standard formula. There is still a lot to be seen for this album so hopefully there is some gold yet to come.

Check the song below and make up your own mind – if you like what you hear head over to 24Hundred to pre-order your copy of ‘SO WHAT?’ scheduled for release on 1 March.